Skip to content
Homepage / Food and Recipes / Why You Should Consider Adding Suet To Your Next Pie Crust
Post Views: 13 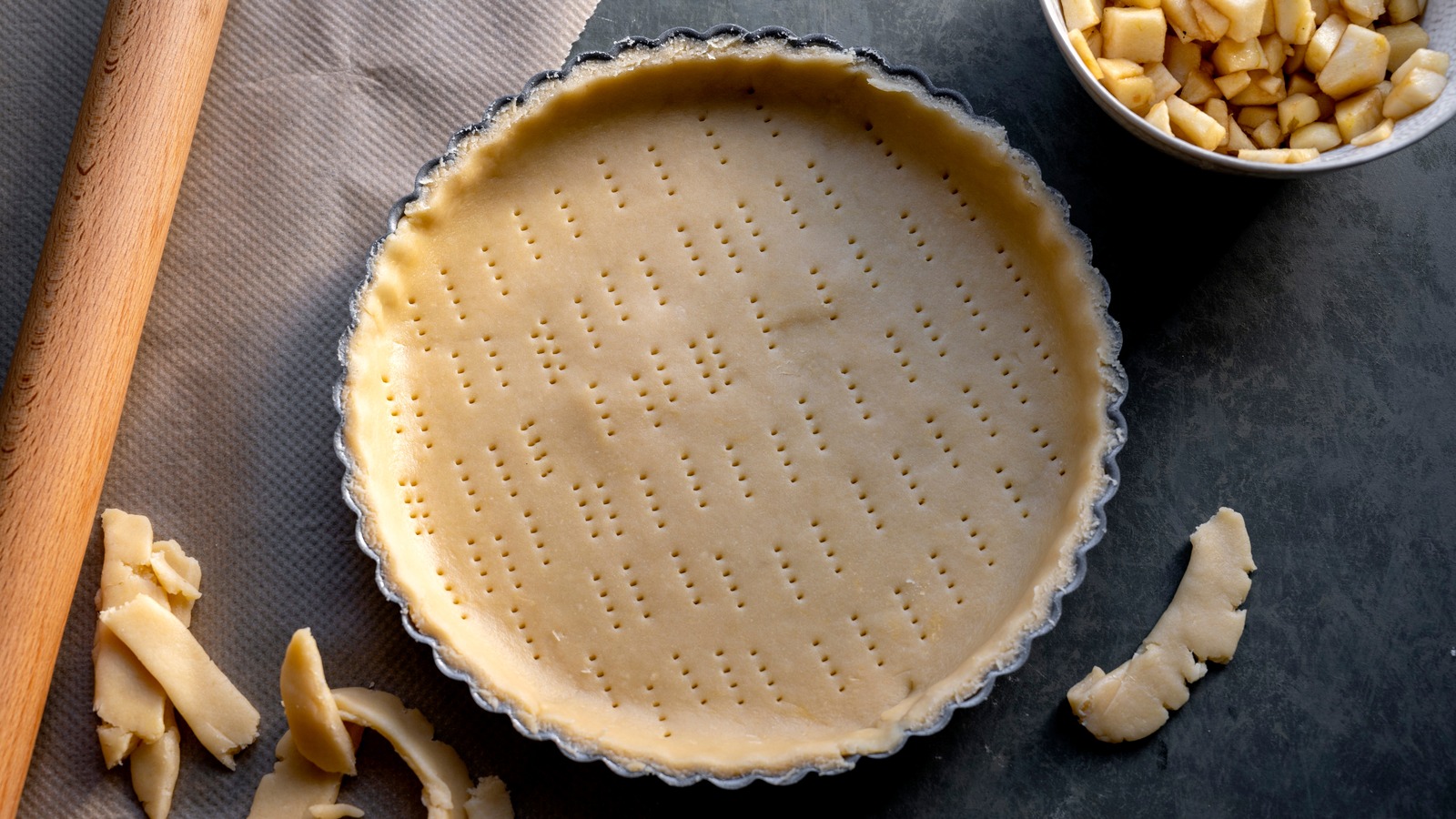 Suet is a dry and crumbly type of animal fat found around the kidneys of animals like cows, sheep, and mutton. It’s primarily used in cooking and baking, especially in many traditional British and Scottish dishes like pastry, mincemeat, and steamed puddings (via The Spruce Eats). According to MasterClass, suet has a crumbly texture, which leads to a less-greasy and lighter textured pie than using butter.

Similar to lard, which is pig fat, suet has a high melting point, and makes pastry dough easier to work with, notes Cooks Info — it’s one of the reasons using suet leads to a flakier pie crust, since you’re less likely to overwork the dough. However, compared to lard, suet has a much milder taste. Per pastry chef Avery Wittcamp, suet has a less noticeably savory flavor than lard, and acts as “a great foil for anything really sweet,” though with its savory notes, it also works well with savory dishes. The Spruce Eats recommends using both suet and butter when making a pie crust for a sweet pie, but using suet alone when making a savory pie.