Skip to content
Homepage / Food and Recipes / Why Applebee's Is Getting Evicted From Its Times Square Location
Post Views: 19 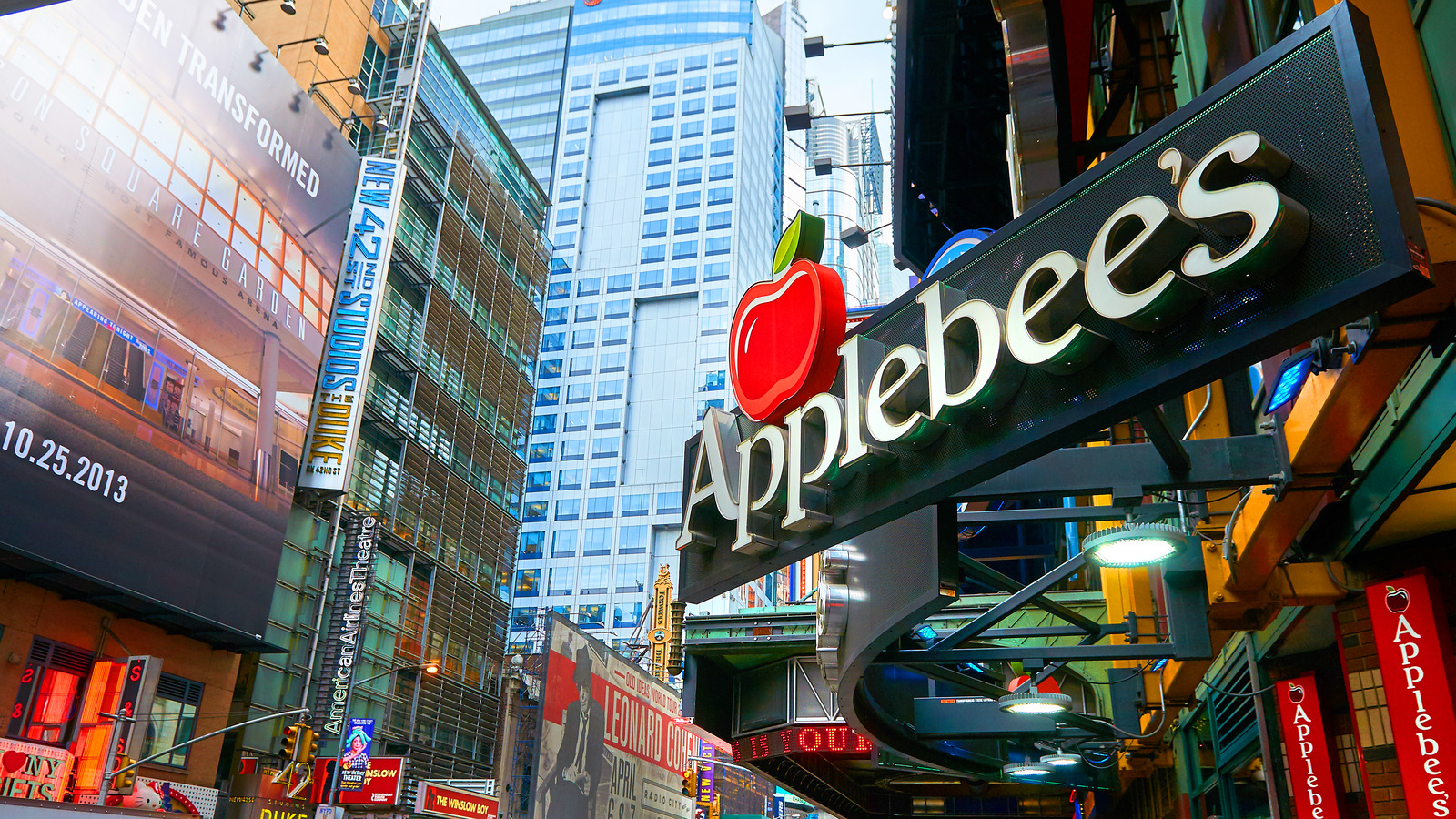 Per Nation’s Restaurant News, the Times Square Applebee’s Neighborhood Bar + Grill restaurant was reportedly experiencing “cash flow issues” exacerbated by the pandemic, which caused the restaurant to shutter its doors for over a year (from March 2020 to June 2021). The Hilton Times Square building is attached to the Applebee’s, including an express walkway for guests to visit the restaurant, but the hotel closed its doors in September 2020. While the Hilton plans to reopen to the public in November, it doesn’t help its (literal) Neighborhood Bar + Grill, which had undoubtedly suffered from the sudden lack of business from hotel guests. According to Roy Raeburn, co-founder of Apple-Metro, sales at the Times Square Applebee’s location saw a staggering 75% drop compared to pre-pandemic levels, as of April 2022.

Applebee’s isn’t the only restaurant closing in the area, either. The Times Square McDonald’s closed for good in June 2020 after operating for almost 20 years, per New York Daily News. According to Times Square Alliance via Eater, May 2021 saw an encouraging increase in daily foot traffic to 185,000. But, compared to the 365,000 folks who ambled through Times Square every day pre-pandemic, it’s slow growth. Still, other businesses are beginning to crop up. In July, fried chicken giant Popeye’s signed the lease on a new flagship location in Times Square, says New York Post. Hopefully, as some businesses leave the area, others will continue to take their places.