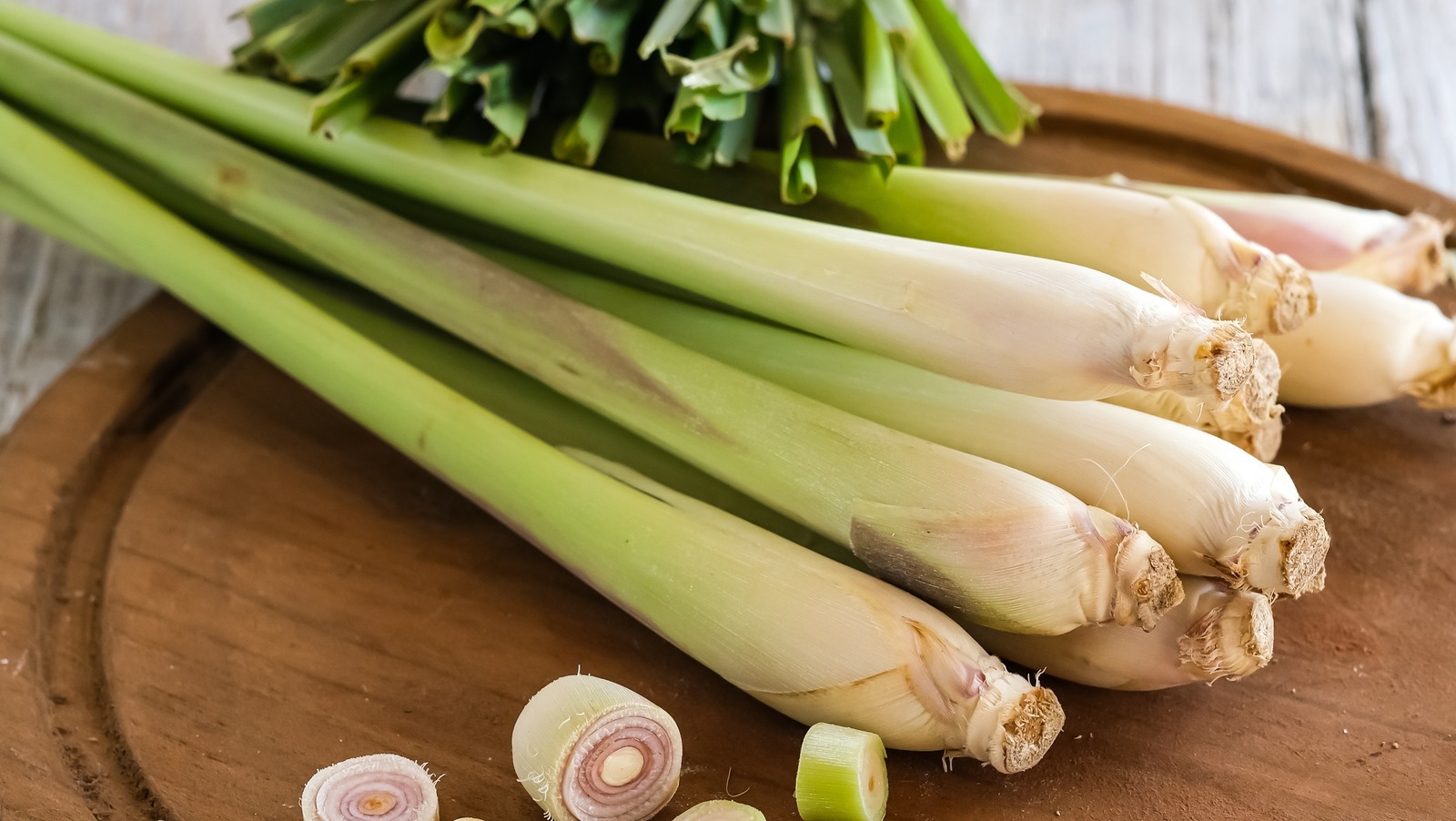 To get the most out of that lemongrass stalk, use the side of a chef’s knife to crush and flatten the stalk before tossing it in your stock pot; it’ll unlock the flavors. Or, The Spruce Eats recommends another technique. Use a serrated knife to make a series of slices along the length of the stalk, without cutting all the way through, then use both hands to bend it all over the place (not dissimilar to cracking a Glow Stick).

From there, simply add those stalks to soups, curries, sauces, or slow-roasted meats, says Bon Appétit. Lemongrass is so potent that even if you aren’t physically chewing and swallowing it, all it takes is a little infusion to make itself known. Any preparation that involves a long, slow simmer will bring out that signature flavor. (Just be sure to take it out before serving.)

Lemongrass stalks can also be an unexpected darling for garnishing cocktails. Stick one in a highball glass and take your vodka lemonade to the next level. Gin would also provide an attractive fit for herbaceous lemongrass; pop a stalk in your French 75 recipe and even add other complementary flavors to the mix, like a splash of pear juice and a sprig of fresh rosemary. If you still can’t get enough, America’s Test Kitchen says you can do the old “green onion trick” with lemongrass: Just place the stalk in a few inches of water and it’ll regrow.