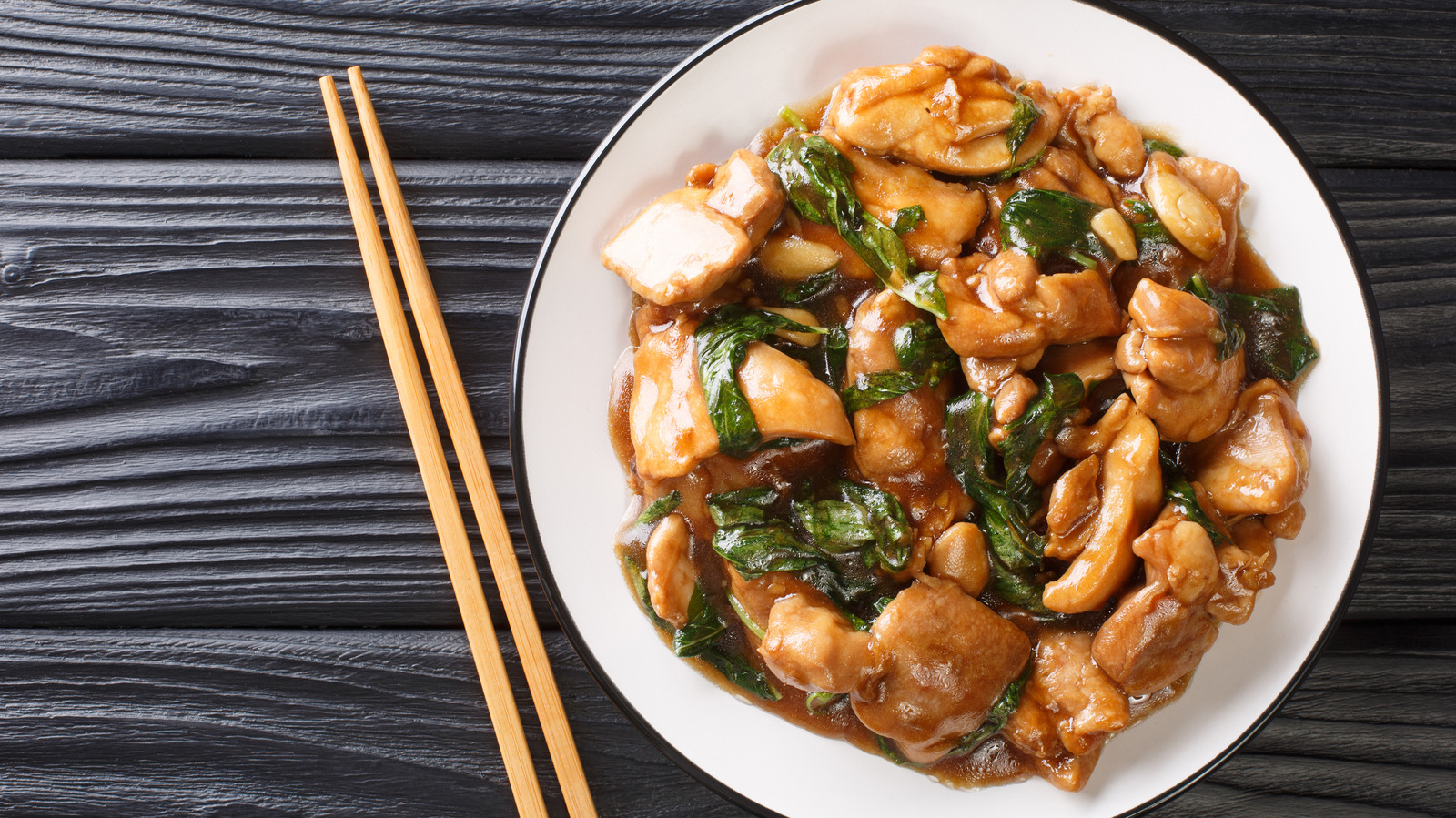 Three cup chicken is a dish that’s pretty easy to make at home, which is probably why it’s traveled with Taiwanese as they have settled all over the world, according to The New York Times. The three cup ratio in the recipe’s name has long been discarded, but the trifecta of sesame oil, rice wine, and soy sauce remains the dish’s signature flavor. The exact ratio, however, as well as the quantities of other ingredients such as basil, ginger, and garlic, change from cook to cook.

“No two households make three cup chicken the exact same way,” Chinese American blogger Kaitlin Leung writes on The Woks of Life, “but the basic recipe uses those three sauce ingredients to create a thick, dark, reduced syrup that absorbs right into the chicken.” Leung’s recipe calls for pieces of chicken wings and drums to be heavily seared in a mix of sesame and vegetable oil heated with sliced ginger, sliced garlic, and a dried chile. Then, ¼ cup of Shaoxing rice wine, a 7 tablespoon mix of light and dark soy sauce and 2 teaspoons of sugar are added to the wok, and the chicken simmers in the sauce until it is reduced to a dark glaze. Finally, the dish is finished with handfuls of Thai basil and sliced scallions. Both Serious Eats and The New York Times, whose recipes for the dish are similar, call for serving it with hot white rice.