Skip to content
Homepage / Food and Recipes / The US Region That Consumes More Ranch Dressing Than Any Other
Post Views: 21 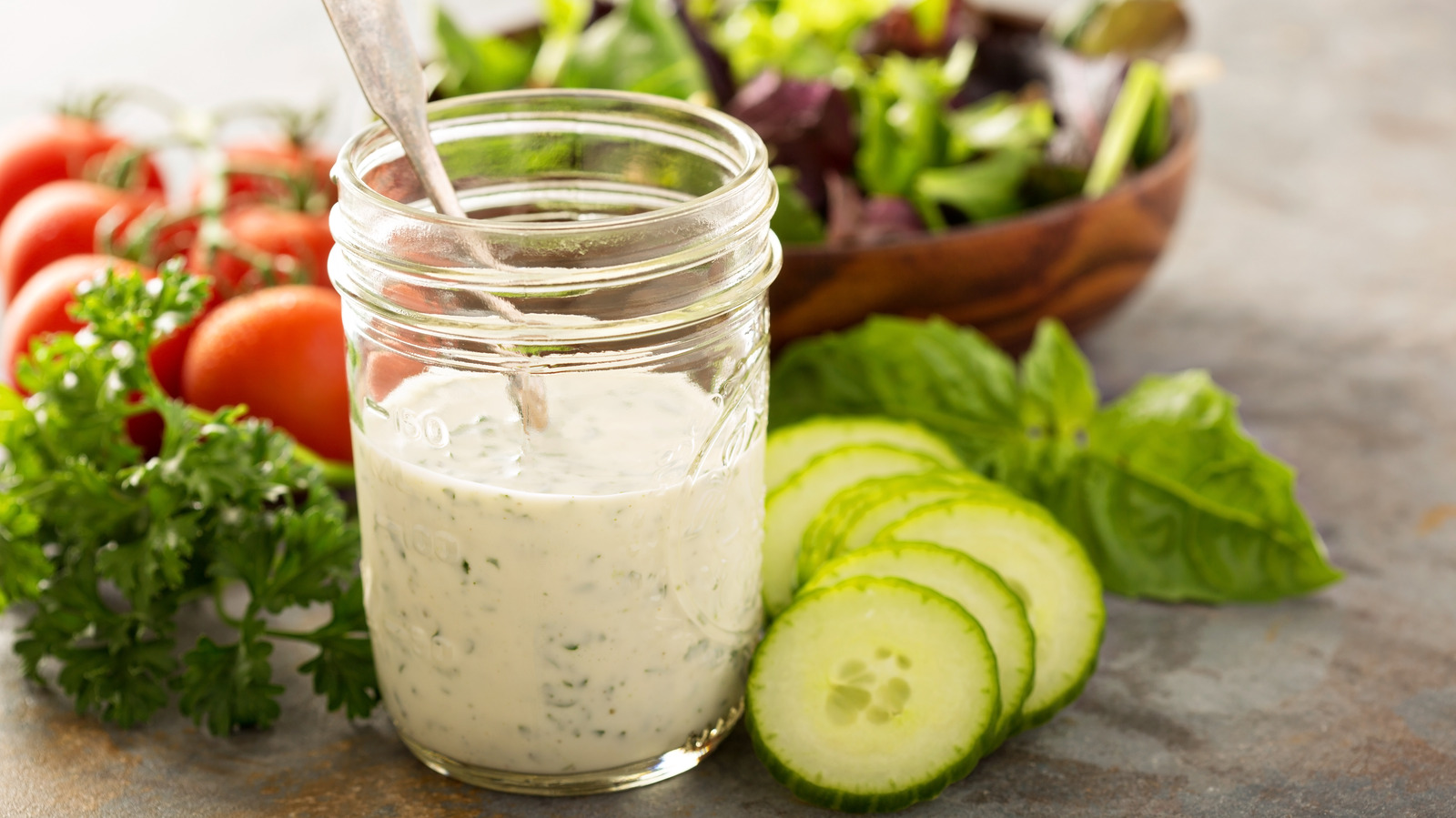 When it comes to ranch dressing, the Midwest doesn’t mess around. A variety of popular memes might explain it best: Ranch can be found in pizza aisles and kegs and is considered part of the Midwest starter pack, notes CheezBurger. According to the Association of Dressings and Sauces (yes, that’s a real thing), ranch dressing is more popular in the Midwest than any other region in the country (via The New York Times).

So how did ranch dressing, which was invented by a plumber in Alaska who moved to California and bought a ranch called Hidden Valley (via Thrillist), become a fundamental part of Midwest culture? When Clorox bought Hidden Valley Ranch in 1972, they made powdered ranch seasoning easier to make (just add milk and mayo), which led to it catching on in Midwest restaurants (via DO317). The Detroit Metro Times suggests that the Midwest may be slower to incorporate food and dining trends coming from the coasts, which may explain why ranch is still such a staple there.

It’s true that the Midwest’s love for ranch is showing no signs of slowing down. The New York Times reports that Twisted Ranch, a restaurant in St. Louis, serves 31 variations of ranch dressing and even makes ranch-infused vodka. On their website, Hidden Valley sells a now-famous ranch fountain alongside ranch hoodies, suitcases, and pet harnesses so you can “show the world you’re team ranch.”

For Midwesterners, though, that proclamation is probably unnecessary, and it’s safe to assume they’re ranch dressing fanatics until proven otherwise.