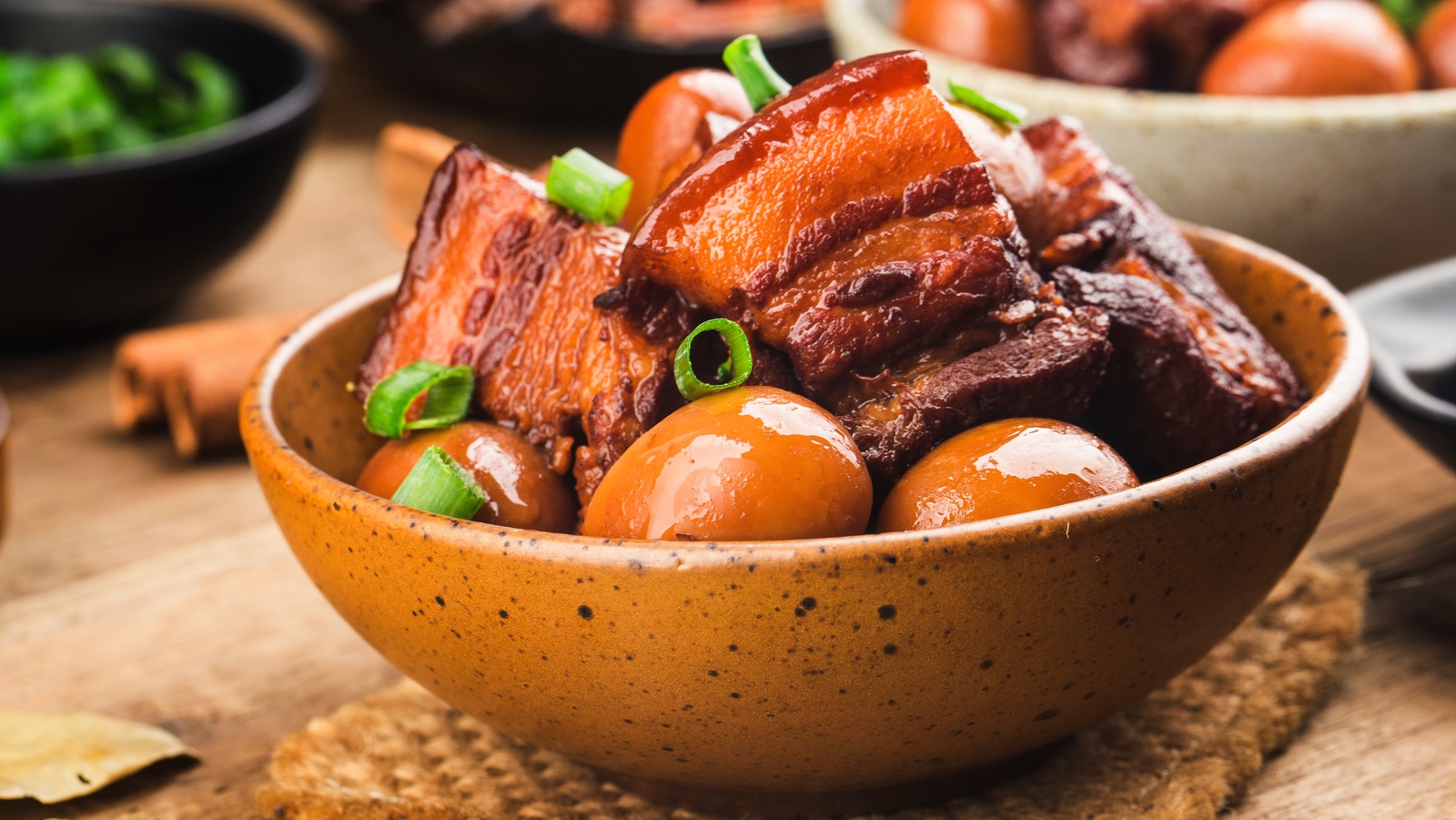 According to Serious Eats, pork indad is a type of Indian stew that uses sweet and savory components. The dish is a Christmas dinner tradition for Manglorean Catholic households in India. In fact, the daughters of Manglorean households are taught to make this dish to impress future suitors — it’s that good. The best part? You can use any leftover pork, with pork shoulder and pork belly preferred.

The dish’s Indian roots are particularly expressed in the masala-style sauce. According to Deliciously Indian, the masala consists of white vinegar, onions, cumin, Kashmiri chiles, whole peppercorns, sultanas (which are raisins made from seedless green grapes, according to Healthline), garlic, green chiles, cloves, and cinnamon. Once you blend this mixture up, it creates a thick sauce that coats pork brilliantly, and cooks with water and sugar to thicken into a stew. However, Serious Eats changes it up by adding ginger and turmeric to the mix. Of all the spices listed, the ones that are most common in India include turmeric, cinnamon, cloves, cumin, and black pepper (via Master Indian).

Once the masala is made, simply cook covered until the pork is tender, and stir in mint leaves before serving. It’s important to not skip the step of adding raisins and sugar, as those two components add the perfect amount of sweetness to such a savory meal. This stew pairs great with rice or crusty bread.