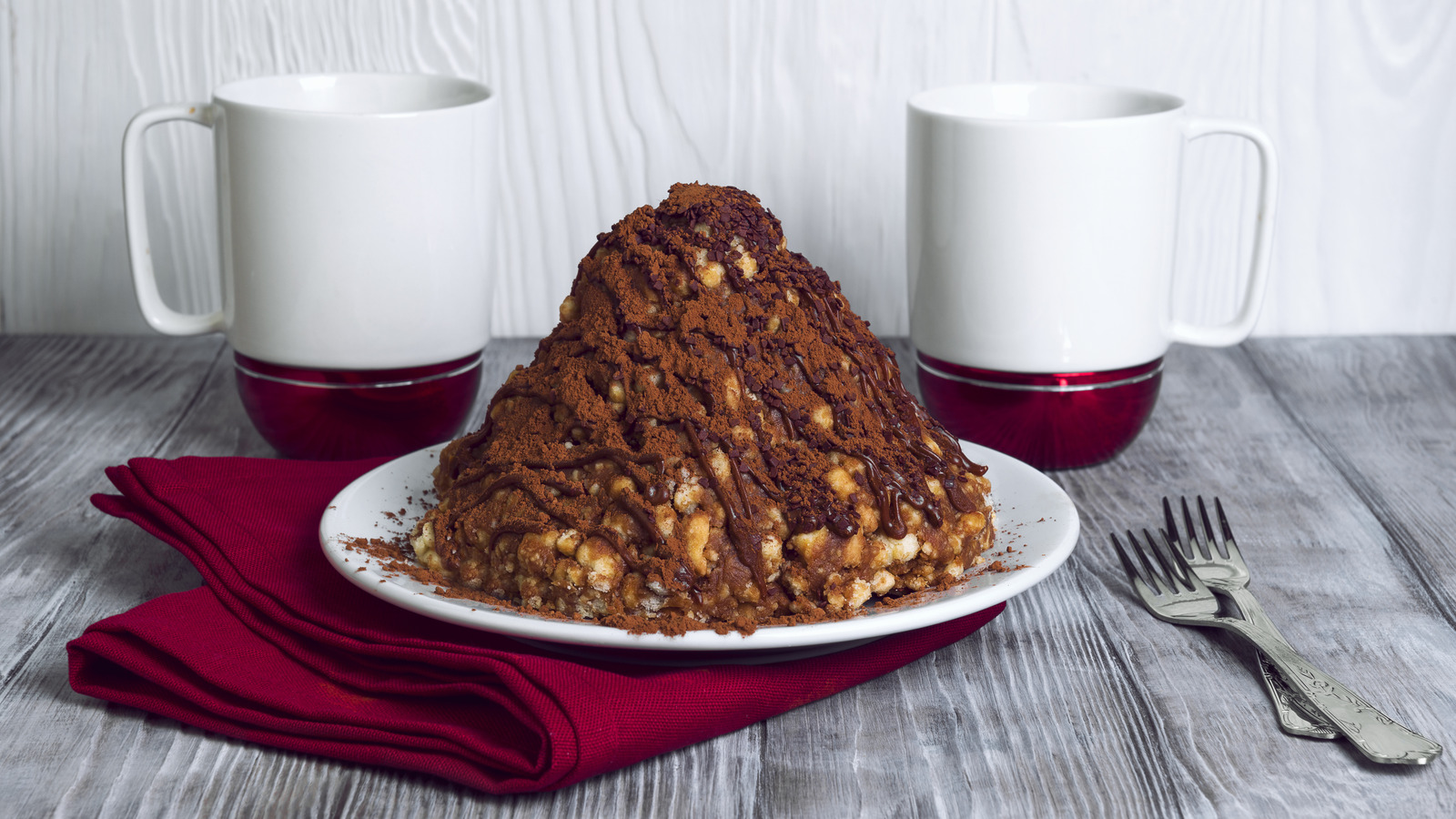 The Russian Soviet regime began in 1921, following a devastating civil war that ended centuries of monarchy rule by the Romanovs, per History. It became one of the most powerful nations in the world, but as the leaders thrived, the citizens suffered. As a result of Joseph Stalin’s Five Year Plans — which promised increased agricultural productivity — citizens were stripped of their livestock and their land was given over to collective farms. Stalin’s plans failed and the abysmal harvests ultimately led to poverty and starvation. Food shortages were common even after Stalin’s death and continued until the fall of the Soviet Union in 1991.

Despite the hardships, the people of the Soviet Union still had families, love, and reasons to celebrate. With limited resources, they essentially created a cake for such occasions made from cookies. According to Gastro Obscura, Russian women came up with a dessert called “muraveynik” or “anthill cake” during the Soviet regime. It fit the era because it required simple ingredients and was easy to put together.