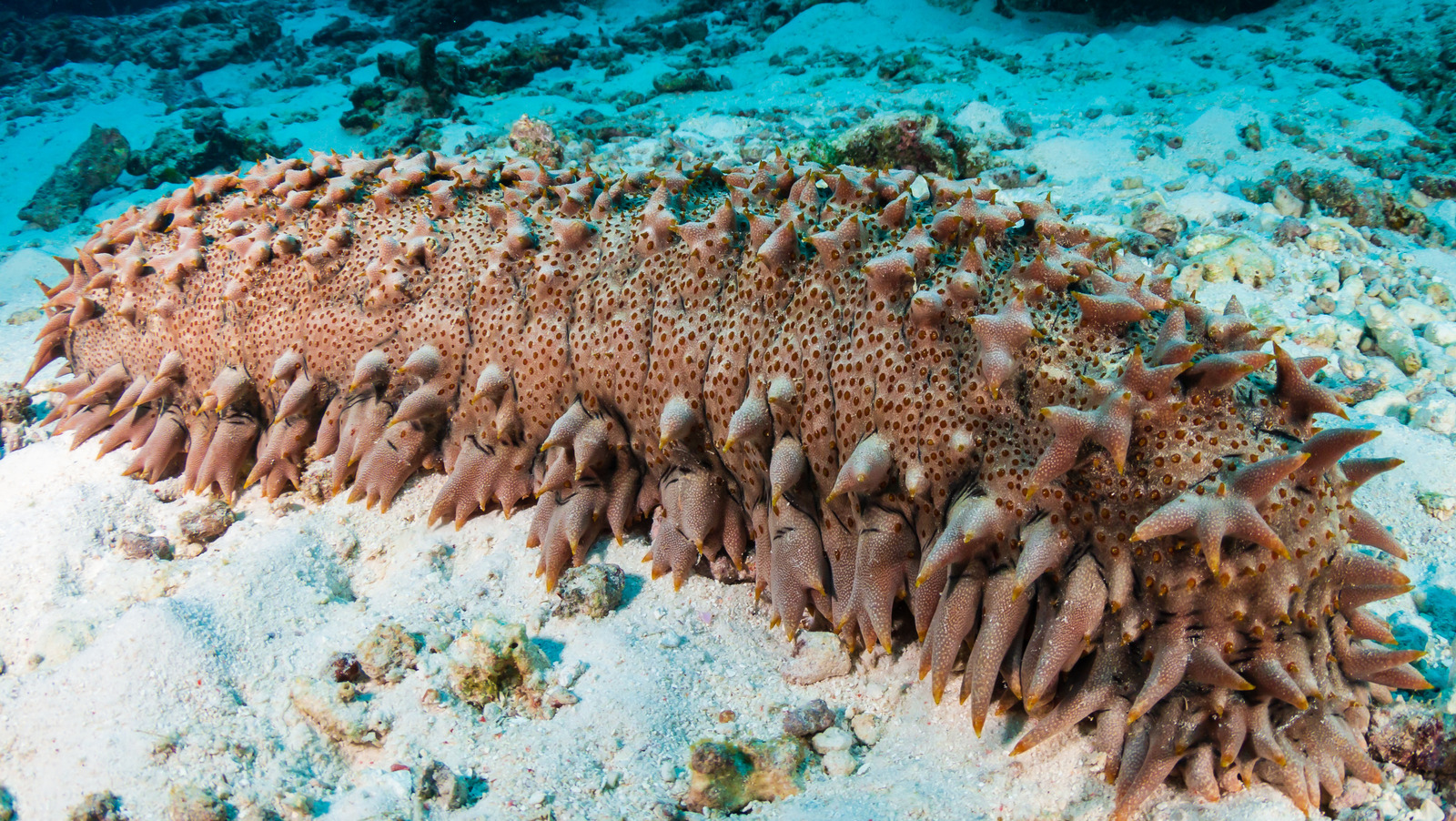 Dried sea cucumber needs to be soaked and restored in water, for up to two days, and should avoid contact with any oil (via Sin Ocean PTE). Before you cook them, you’ll have to clean them by removing the outer skin, which will allow them to fully soak. Then, you can boil them for about 20 minutes (per Sin Ocean PTE). Afterward, be sure to remove interior organs, and if the sea cucumber is still hard, just keep boiling it until it is soft.

Sea cucumbers are mild in taste, so they are best paired with stronger flavors. They can be braised, added to porridges, soups, or even served in cold salads.