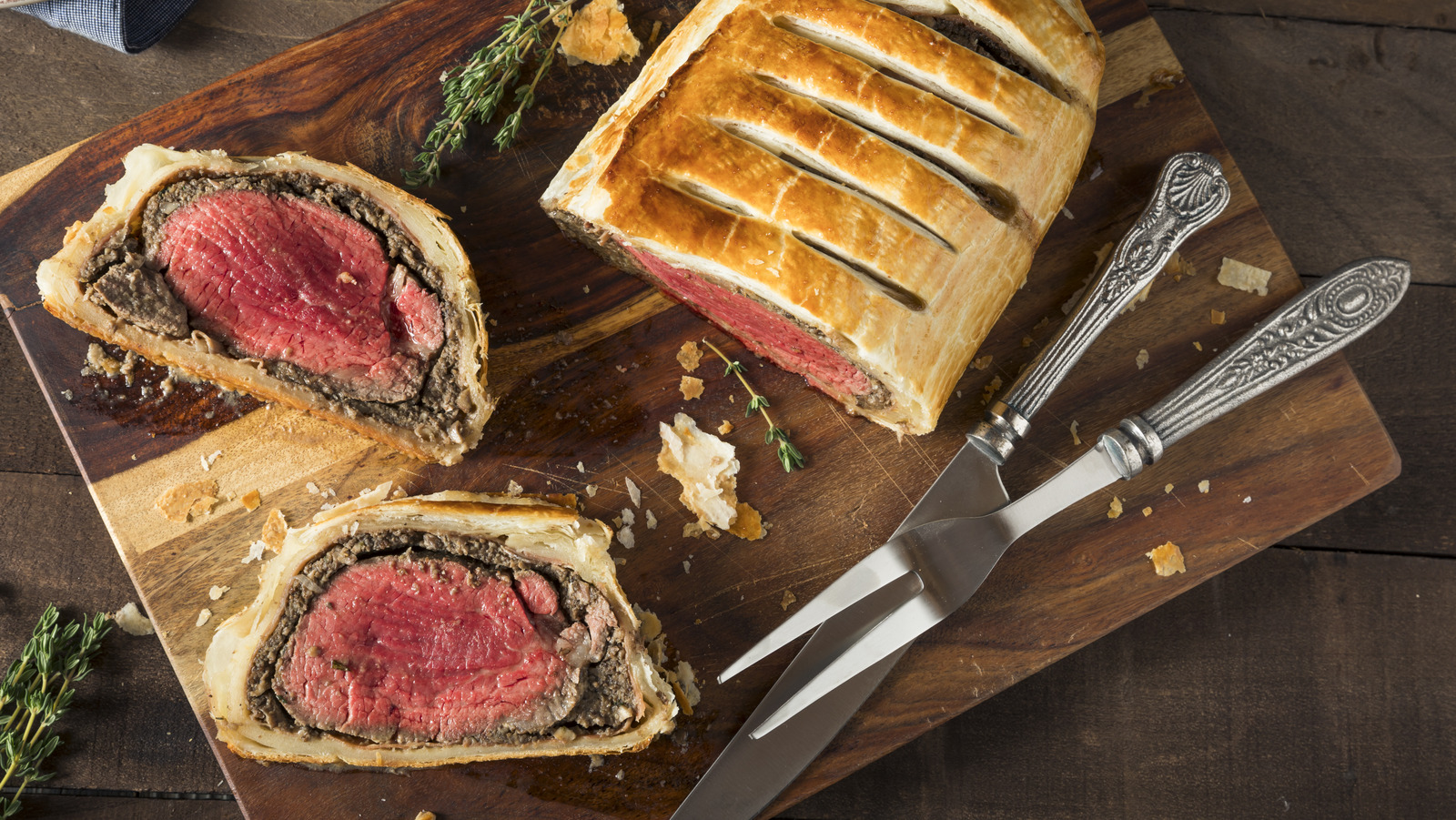 If Napoleon Bonaparte hadn’t suffered defeat at the Battle of Waterloo in 1815, perhaps Britain’s favorite savory pastry wouldn’t exist — or would at least bear a different name. As the story goes, Arthur Wellesley, the 1st Duke of Wellington, led the famous battle against Napoleon and went on to become Commander-in-Chief of the English forces in France, then a member of Parliament, and finally, Prime Minister of Great Britain, per the official website for the U.K. Government. The illustrious man received many accolades, but perhaps the most enduring still gets top billing on menus more than 200 years later.

Culinary lore has yet to firmly establish whether Beef Wellington was created to honor the Duke or simply renamed because of his ties to it. Several theories exist, notes Gordan Ramsay Restaurants, one of which credits the Duke’s chef for having free rein over the kitchen due to Wellesley’s dining indifferences. Another story implies the dish got its name from the now-iconic Wellington boot, also known as “the wellie,” conceived by the Duke for comfort and created by his cobbler, explains English Heritage.

Finally, a third conceivable origin story involves the pre-existing French dish known as filet de boeuf en croute, which potentially was renamed Beef Wellington after the Duke’s victory at the Battle of Waterloo. Regardless of which version bears up under historical scrutiny, they all center on the infamous 1st Duke of Wellington, a nobleman, military leader, and political influencer in Great Britain.