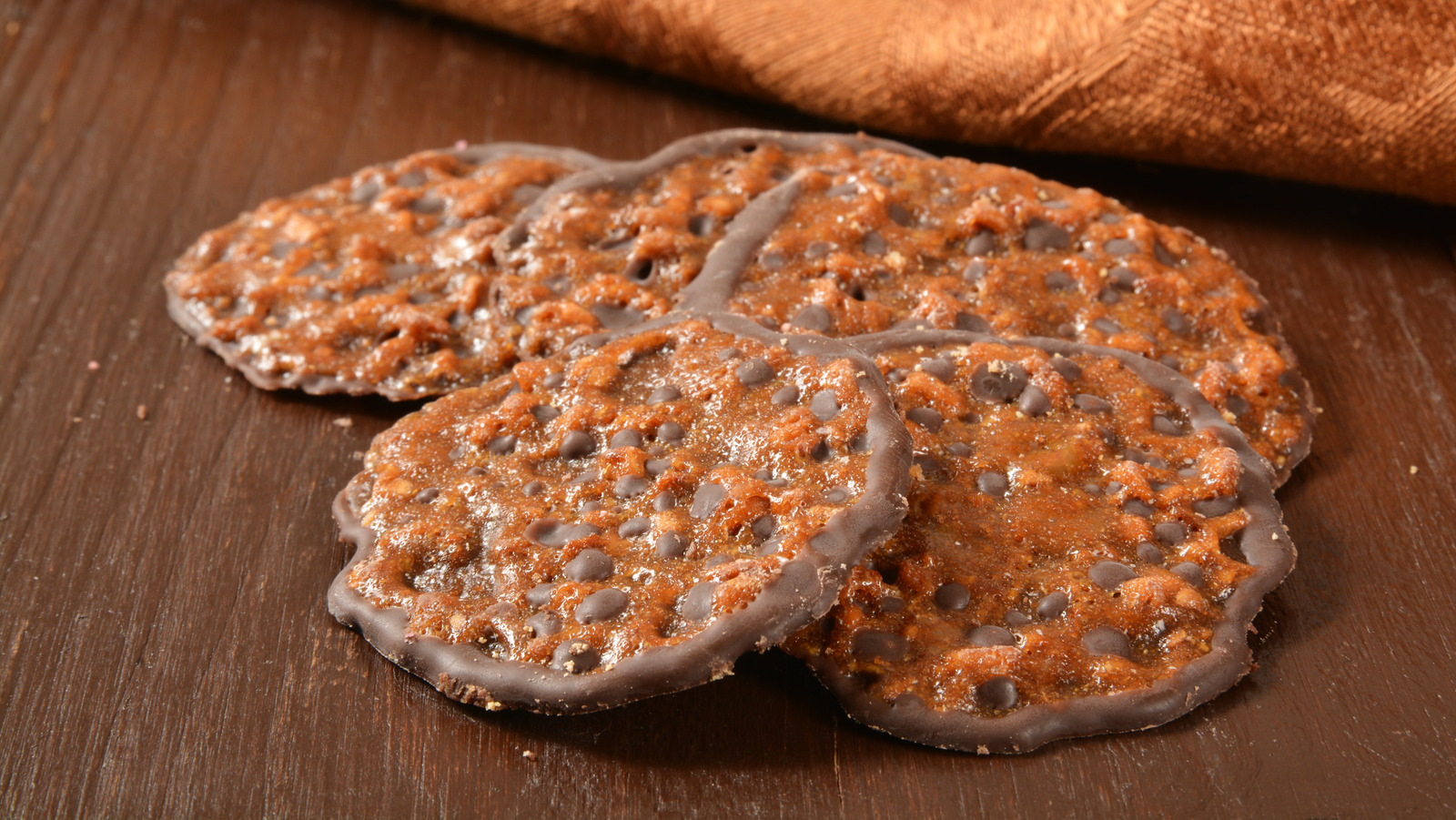 So, where did the Florentine name come from? Dalo Florentines believes that they might have been named after Florence’s gold coins, which were used as currency throughout Europe for nearly 500 years. Taste Atlas claims that though the exact story of the cookie’s creation is lost to history, they have lived on in European homes as a favorite holiday treat made with nuts, sugar, honey, candied fruit, and butter  — plus everyone’s favorite sweet, chocolate! These treats are famously good for dunking into various warm holiday drinks or making Florentine cookie sandwiches with eggnog icing.