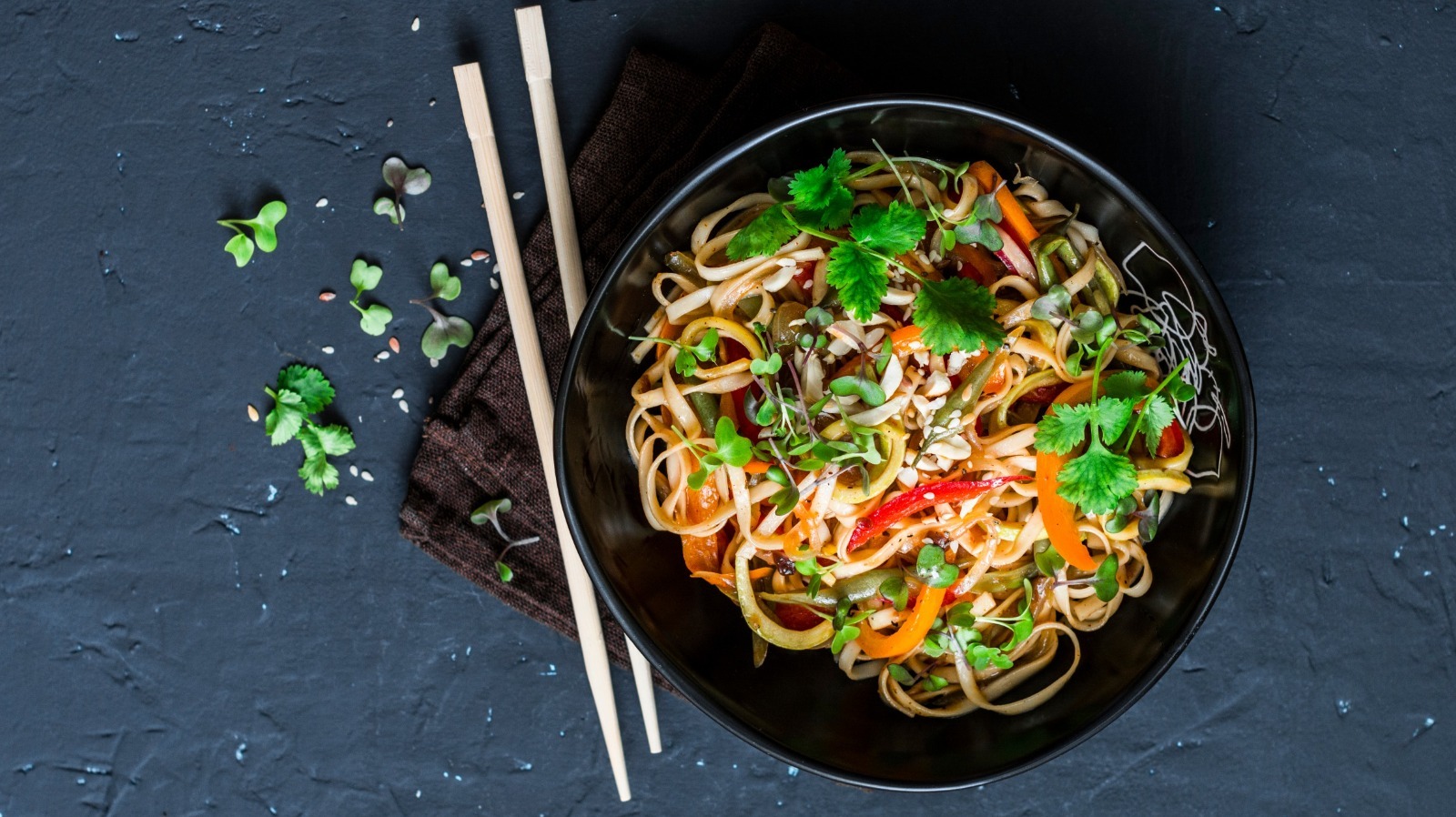 Occasionally, good food can result from hard times. That seems to be the case with pad Thai. Per Encyclopedia Britannica, Luang Phibunsongkhram was prime minister of Thailand from 1938 to 1944 and again from 1948 to 1957. After his militaristic rise to power, Phibunsongkhram looked to strengthen his country with ultranationalism.

The prime minister autocratically attempted to “reform” his nation in many ways, including its cuisine. Priceonomics explains that Phibunsongkhram wished to make Thailand seem cultured (by his and Western standards) to disprove the idea that Thailand needed any help. So he mandated the creation of a national dish. Atlas Obscura notes that pad Thai was also intended to promote nutrition and clean cooking.

The story gets a little hazy at this point, per Priceonomics. Some accounts state that a competition was held, producing pad Thai. Others explain that the dictator’s family cooked pad Thai long before it rose to prominence. Regardless, “Noodle is your Lunch” became a national campaign, while free noodle carts and pad Thai recipes were given out to people by the government. It caught on, and Phibunsongkhram’s son would later dub pad Thai, “Thailand’s first fast food.”

Phibunsongkhram was eventually ousted for the second time, per Encyclopedia Britannica. Regardless, pad Thai stuck around. One other thing that endured was Phibunsongkhram’s name for the dish, “kway teow phat Thai,” or pad Thai for short (via Priceonomics). History may not remember Phibunsongkhram fondly, but it looks kindly upon pad Thai.