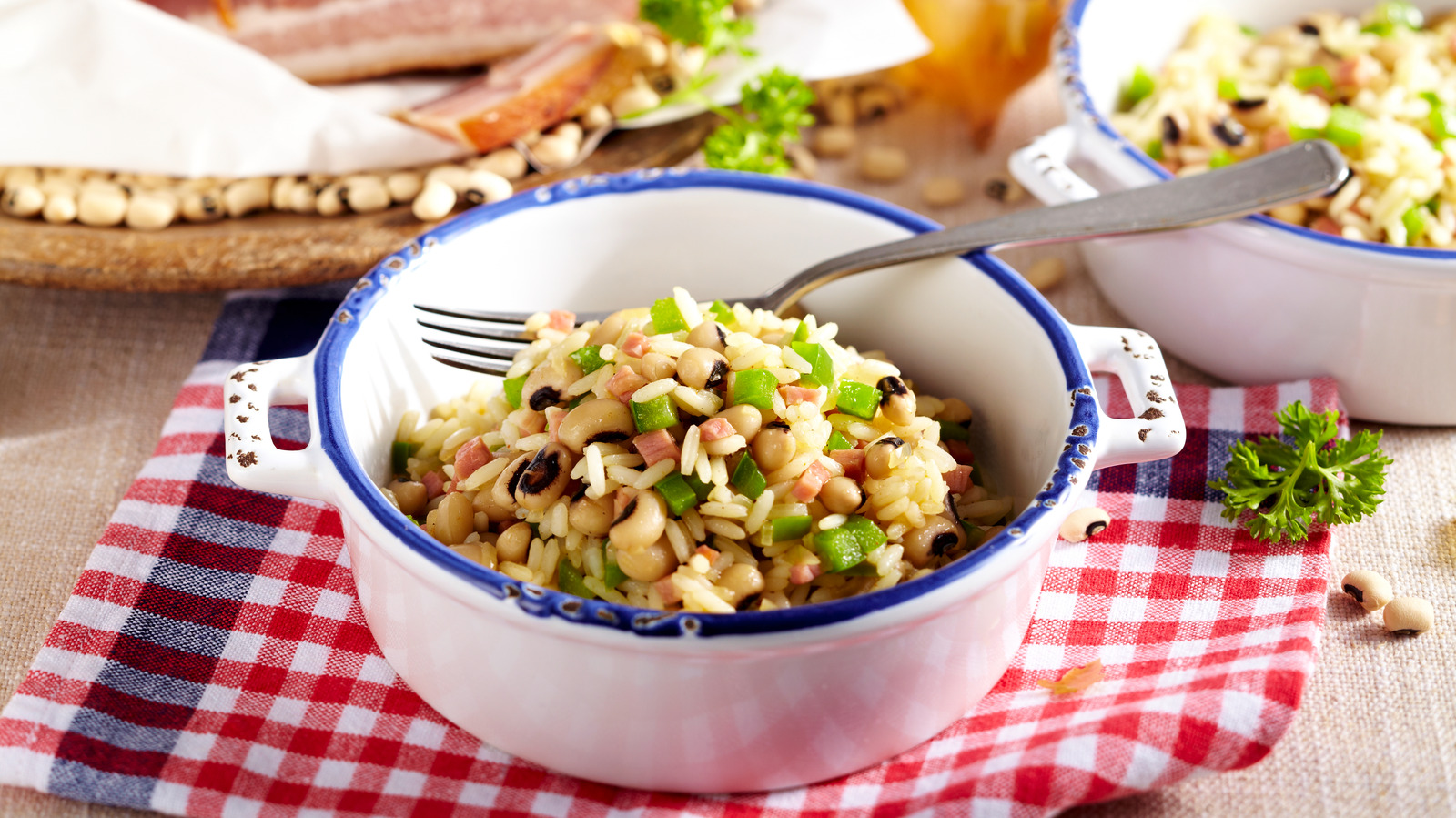 True Southern cooking cannot be separated from the collision of cultures it formed from, specifically West African influences. When West African slaves were brought to the Southern U.S., they brought with them pieces of their culture that couldn’t be tangibly stripped away. Things like their cooking techniques, such as stewing and one-pot meals, continued to be practiced by slaves (via Due South). Their staple ingredients were also brought over with them, and their foods continued to consist of these ingredients. According to Due South, “They favored the clean and simple combination of vegetables, grains, and fish. The West African influence is reflected today in the most traditional of Southern dishes; Georgian Shrimp and Grits or a Carolina Low Country Boil are great examples of this type of simplicity.” And, of course, Hoppin’ John, being a dish made from vegetables and grains, has clear connections to this influence.

The origins of the name are also unknown. Some believe the name comes from the Southern greeting “Hop in, John” (via Atlas Obscura). Others say it’s slang for the French “pois à pigeon” (pigeon peas). Regardless, the dish is a New Year’s tradition for many, and has considerable significance in Southern cooking.