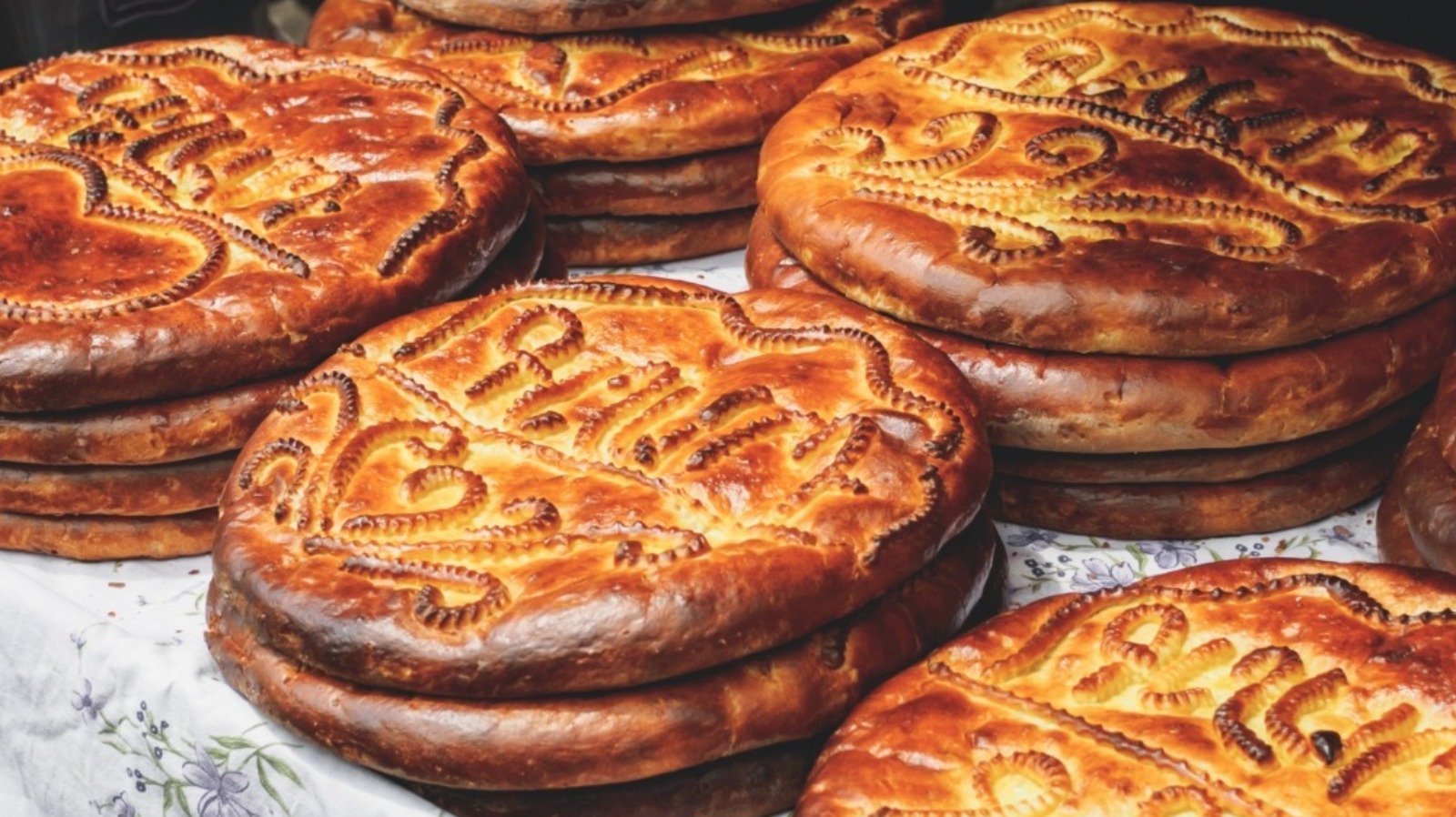 Gata (also called “katah,” “kata,” or “gatah”) is an Armenian sweet bread, the texture of which varies depending on what region your recipe comes from (via iArmenia). It has been described as everything from croissant-like to more cake-like, akin to Danish pastry, and even rugelach (a traditional Jewish cookie made of pastry dough).

There are many regional and familial variations of this popular Armenian treat. This is due at least in part to its popularity and longevity.

There are the more traditional rounds, baked golden to amber in color, decorated with symbols and marks, which look as if their texture might be like that of a savory calzone or cornish pasty. But don’t be fooled — inside this decorated round, lives the fluffy-yeasted heart of a lightly sweetened cake-bread, whose texture is more akin to a Danish pastry.

Then, there is the smaller, individual-sized “laminated” style Gata made with baking soda or powder. These simple, hand-held pastries often resemble a large rugelach but can also come in small rounds containing buttery, flaky layers, similar to a croissant.

The thing most of these recipes have in common is their filling — khoriz. A crumbly mixture of flour, butter, yogurt, and sugar (and sometimes a bit of cognac or rum, says Snack Stack), khoriz is similar to the crumble you’ll find sprinkled atop Danish pastries (wienerbrød in Denmark) or streusel. In some areas, the khoriz has walnuts added to the filling. This version is often found in southern Armenia (near Iran) and is called “nazook” by Iranian Armenians (via Mission Food Adventure).