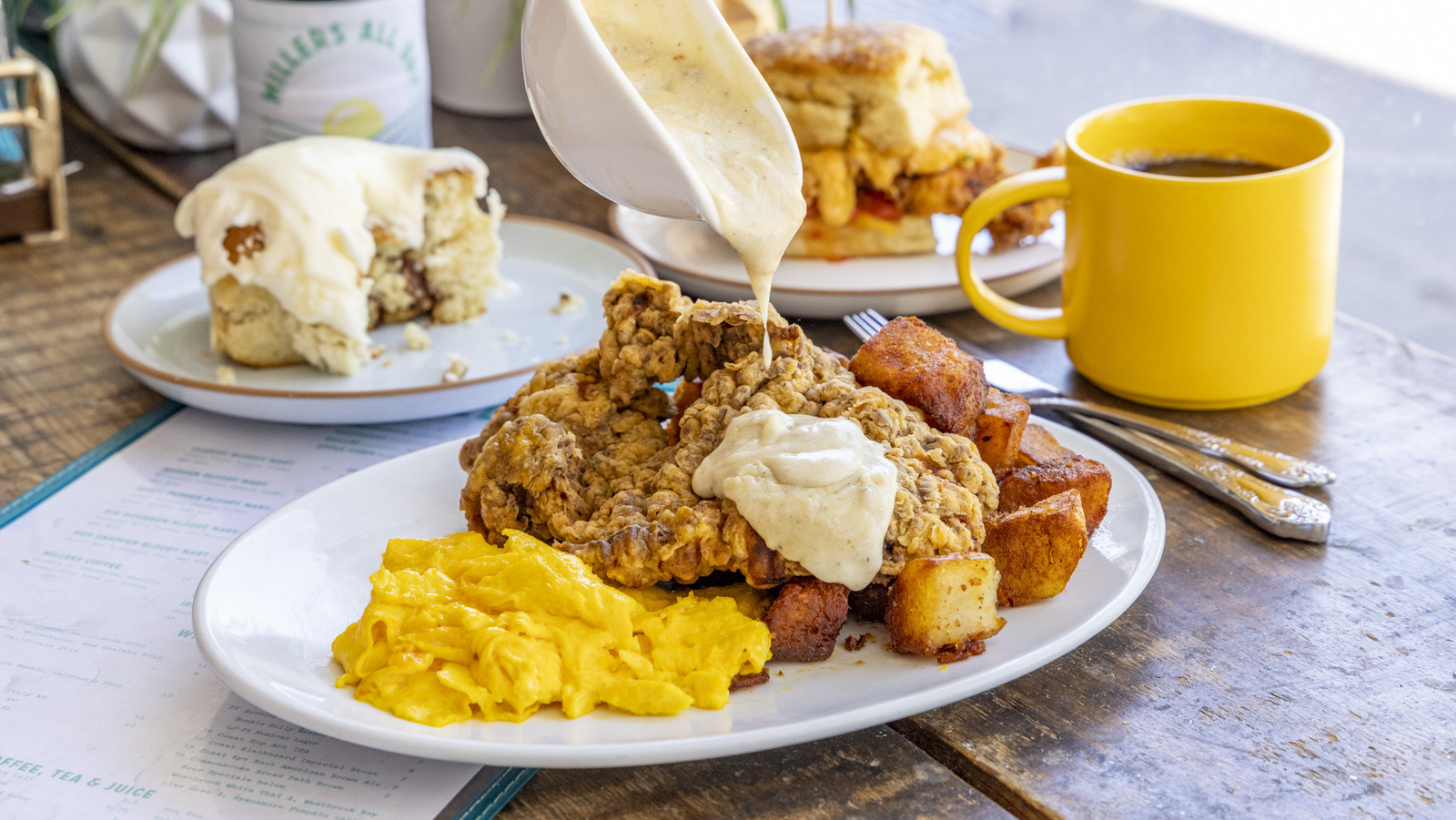 Located about halfway between Kansas City and St. Louis, in an area of the U.S. typified as “flyover country,” the underrated city of Columbia proves its dining scene is worth a stop in and of itself — especially for the locally sourced, quasi-Southern cuisine served at the ironically named Flyover. Here, Midwestern and Southern staples like mac & cheese, meatballs, pretzels, and catfish are served alongside a standout vegetarian riff on chicken-fried steak.

Plump cauliflower florets are seasoned, dredged, and deep-fried until crispy, golden, and reminiscent of veggie chicken nuggets. They’re spread across a plate on a bed of smoked sweet potato puree, then topped with chimichurri sauce and fresh goat cheese. The result is a chicken-fried dish that, while utilizing the same techniques as deep-fried steak, veers as far from tradition as possible, with an impressive layering of flavors and textures along the way.