Skip to content
Homepage / Food and Recipes / Starbucks Workers Across The US Go On 1-Day Strike
Post Views: 9 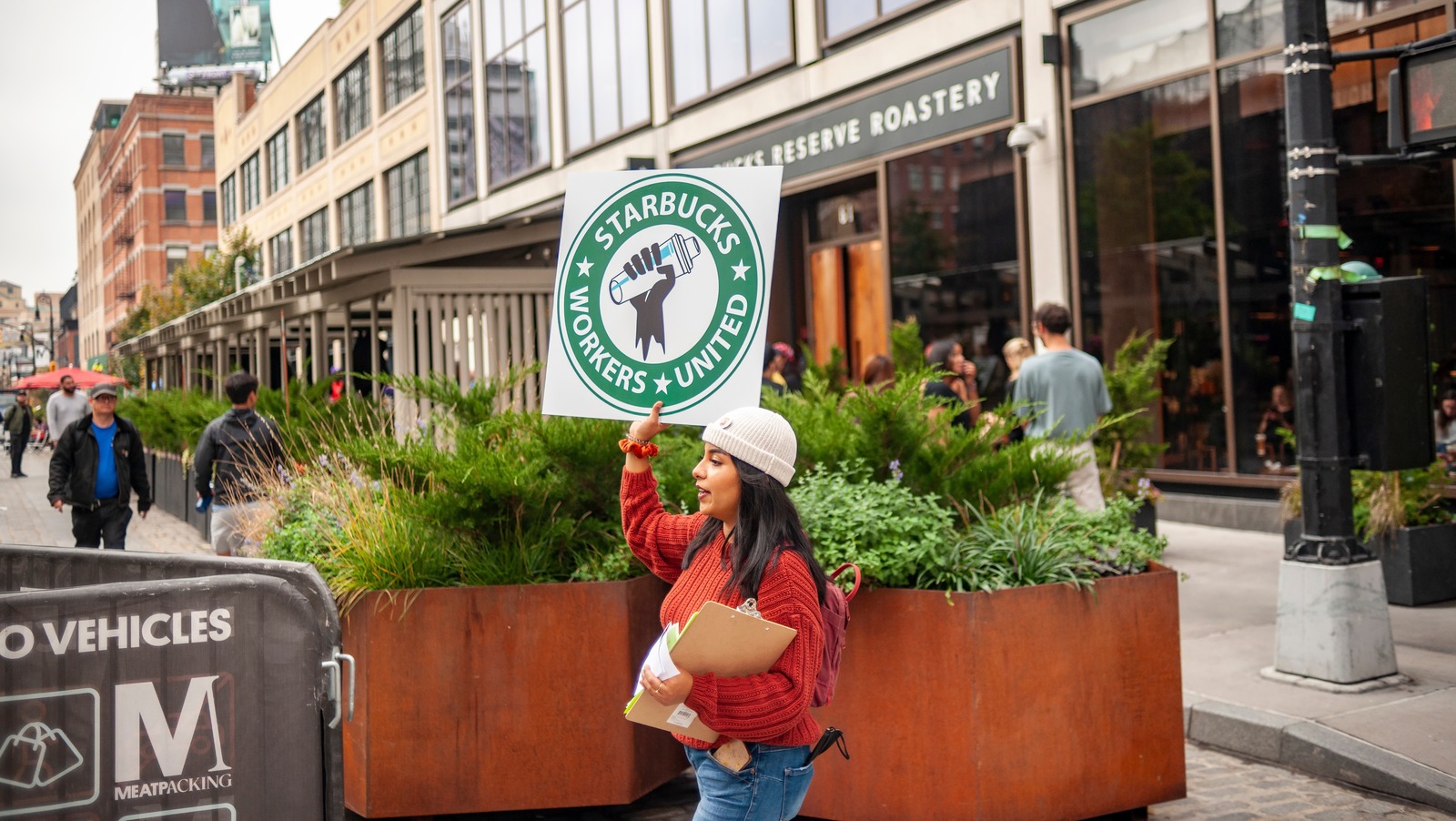 The decision to strike came as the union accused Starbucks of negotiating in bad faith. Workers say lawyers have been changing appointments at the last minute, walking out of sessions, and even punishing employees for their pro-union activities; These are accusations Starbucks disputes, per NPR.

Though Starbucks denies it has been moving against union workers or those looking to unionize, its actions are being scrutinized by the National Labor Relations Board, which recently filed a cease and desist order in federal court to protect pro-union Starbucks employees from retaliation. The board’s filing notes a “number and pattern of Starbucks’ unfair labor practices … particularly discharges” of pro-union employees (via CNN). Starbucks’ reaction to the union effort is also attracting attention from politicians: In early October four U.S. senators — including Bernie Sanders, who has been outspoken in his support of the Starbucks union drive — penned a letter to the company requesting it reveal the amount spent on the anti-union campaign.

In honor of Red Cup Day, and so pro-union customers don’t miss out on the fun, striking workers are offering a different kind of collectible red cup to those who refuse to cross the picket line, which comes emblazoned with an illustration of a Grinch hand holding an ornament featuring the Starbucks Workers United logo (via Twitter).