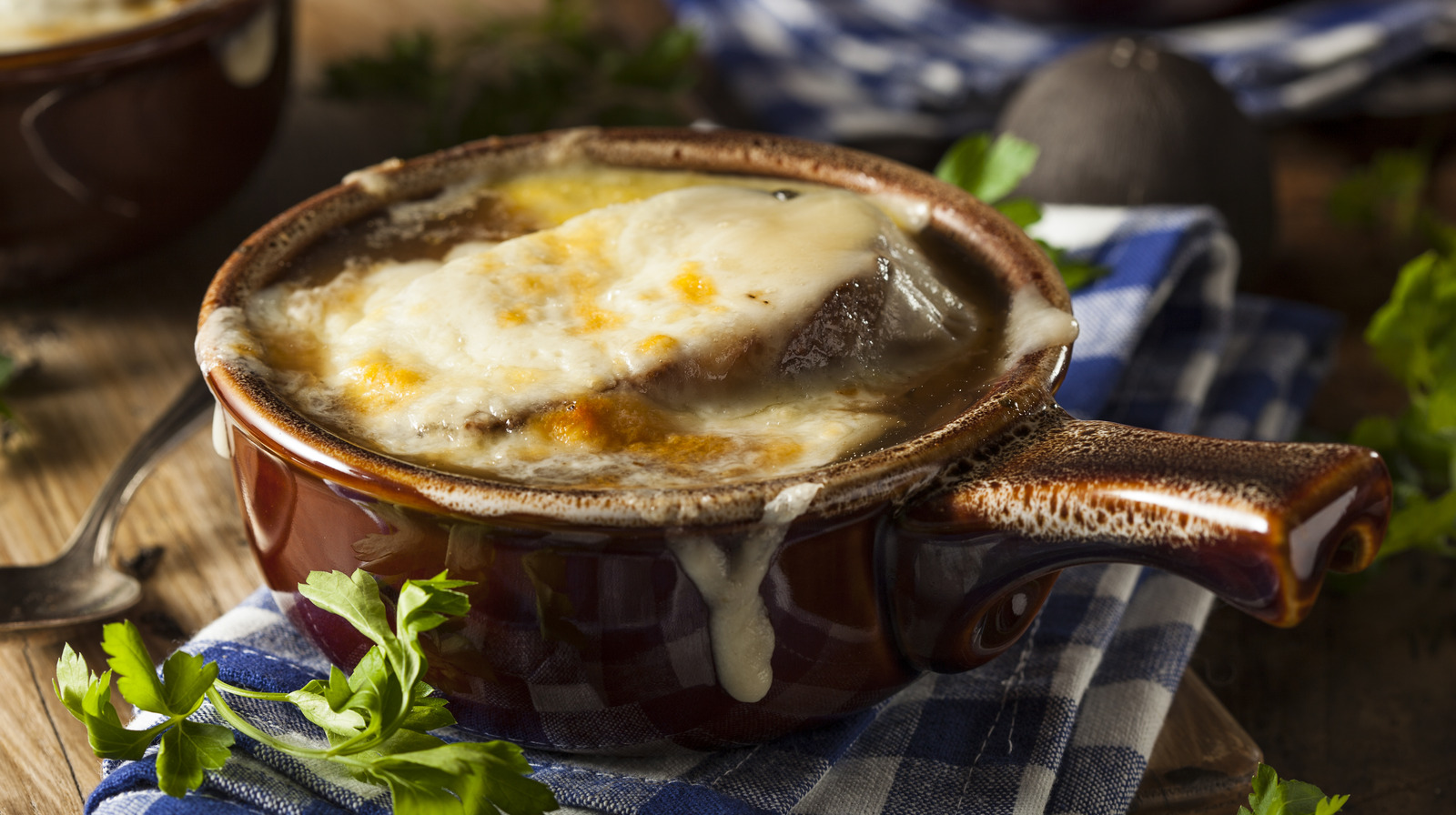 There are two kinds of people in the world: people who can’t handle their spice and people who can’t get enough of it. So for those who are always trying to add a little kick to their recipes, consider elevating your French onion soup with poblanos. Poblanos are peppers that are commonly found throughout Mexican cuisine and are deemed a great way to add a little heat to your recipes. Broke Bank Vegan describes the peppers as green, averaging 4 inches in length, meant to be roasted to offer a beautiful smokey flavor.

Food & Wine fell in love with a version of French onion soup made at a restaurant called Tzuco in Chicago, Illinois. The business is notable for its regional Mexican cuisine, which is why it is so surprising to see French onion soup on the menu. But this Parisian dish is influenced by the addition of poblano chiles that are charred before being added to the broth. The key to this extra toasty French onion soup is to char and steam your peppers while your onions caramelize, then clean them and cut them into strips to be added at the last second before bread and cheese are placed on top.