Skip to content
Homepage / Food and Recipes / Is Weight Or Size More Important When Selecting A Pumpkin For Seeds?
Post Views: 7 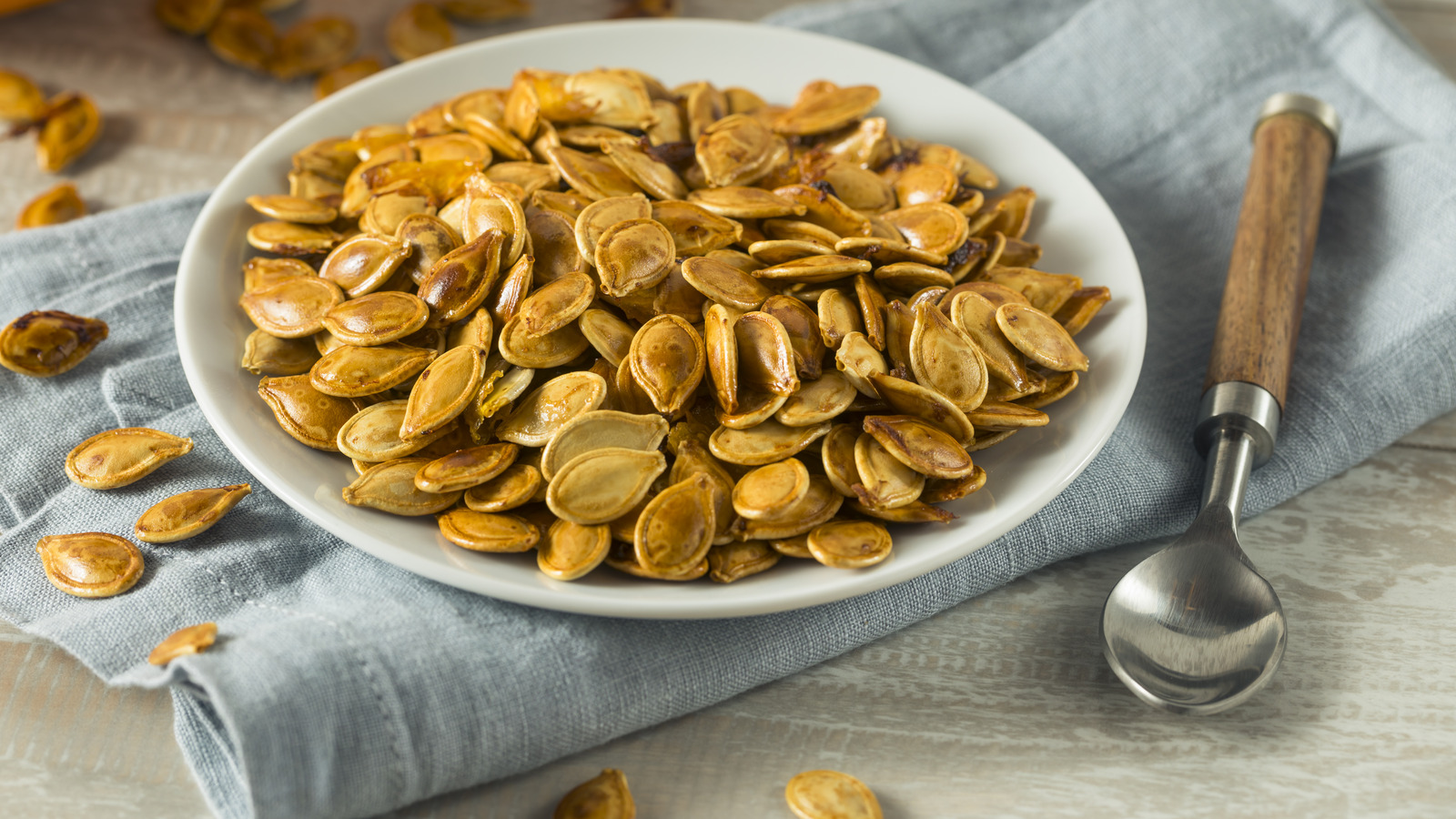 Heavier pumpkins must be weighed down with all those seeds inside, right? Not necessarily. According to TheKitchn, size, rather than weight, matters more when choosing a pumpkin with a high seed count. Harris Seeds also chimes in by stating that as a general rule of thumb, small pumpkins typically equate to a small number of seeds so conversely, large pumpkins may have more seeds. Granted, this also depends on the type of pumpkin because some don’t have many seeds even though they look huge, like the Atlantic Giant variety. Fun fact: some of these grow to over 1,000 pounds, per Live Eat Learn.

So how many seeds are we looking at per pumpkin on average? About 500, per Good Housekeeping. And if you like math, you can also estimate how many seeds a pumpkin will have by counting how many “fruiting sections” it has and multiplying this number by 16, via Reference. For instance, if you count 28 of these, then the pumpkin may have approximately 448 seeds.

So next time you’re shopping for pumpkins, be sure to pick out larger ones over heavier ones for a higher seed count.