Skip to content
Homepage / iPhone / iPhone 14 Emergency SOS via Satellite Rolling Out Today to Customers in the U.S. and Canada
Post Views: 4

Apple has announced that the iPhone 14‘s Emergency SOS via Satellite service will officially start rolling out today, the company said in a press release. 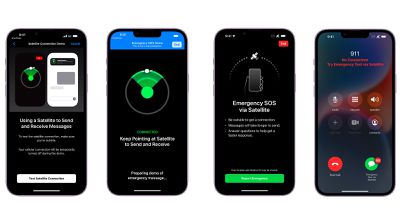 Apple announced the feature during the ‌iPhone 14‌’s event in September, saying it would officially launch to customers in November. To use the feature, users must be running iOS 16.1. At launch, Emergency SOS via Satellite will be available in the United States and Canada and will expand to additional countries in December. For the first two years, Emergency SOS via Satellite will be free for customers, so Apple may charge for the service in the future.