The first beta of iOS 16.1 seeded to developers and public testers earlier this week enables Reachability support for the Dynamic Island on the iPhone 14 Pro and iPhone 14 Pro Max, making the new pill-shaped area easier to access with one hand. 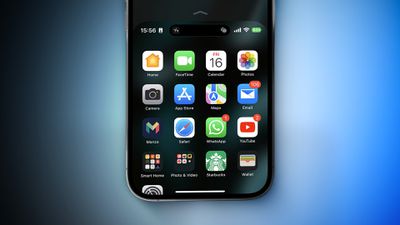 Twitter account Tech-Up shared a first look at how Dynamic Island works with Reachability on the iOS 16.1 beta, as spotted by 9to5Mac.

On earlier versions of iOS 16, the Dynamic Island does not work with Reachability and remains at the top of the screen while other content is lowered.