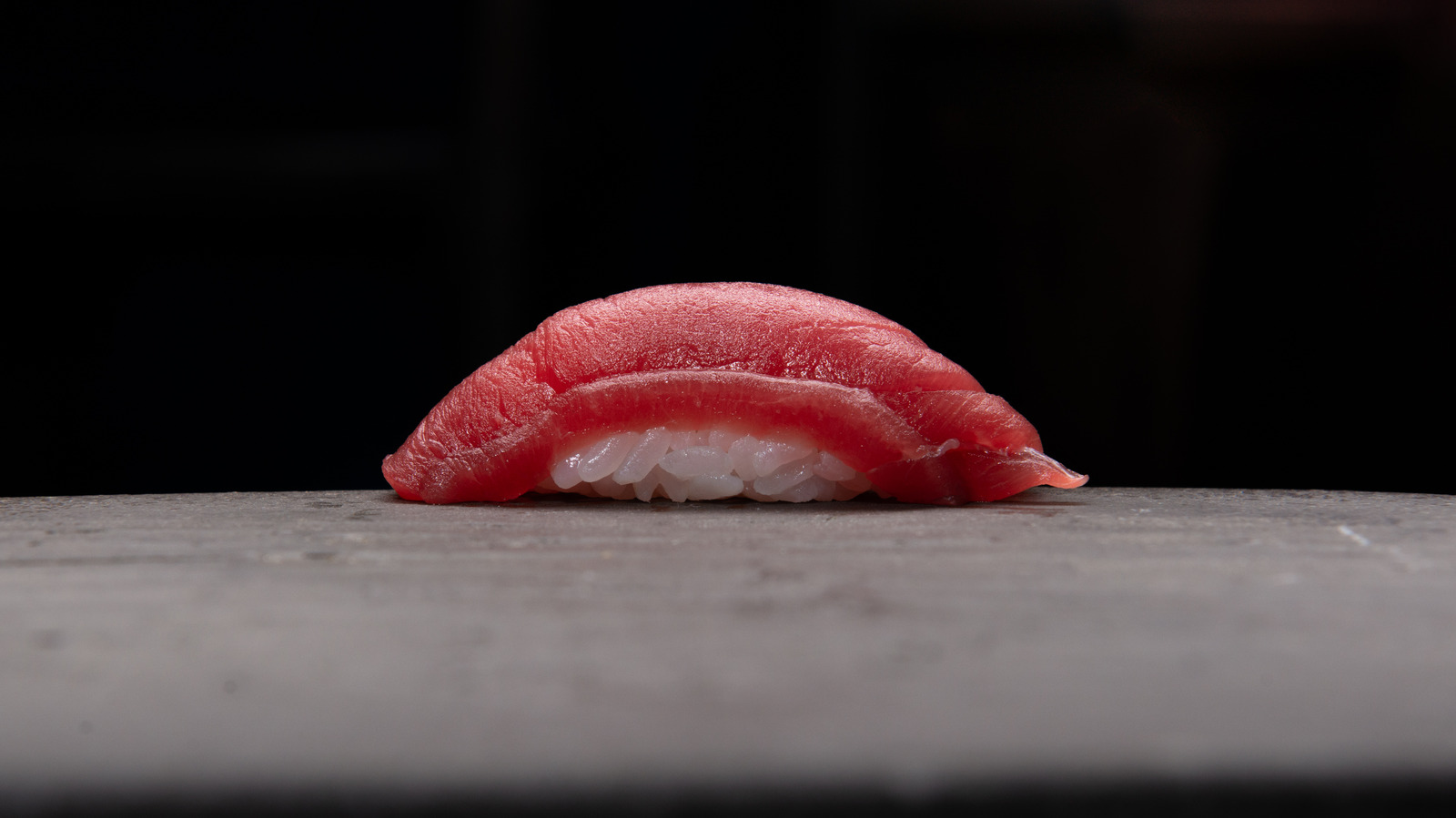 Maguro is the Japanese term for bluefin tuna, and Japan Guide notes it’s one of the most common fish found in sushi restaurants. Bluefin (scientific name: Thunnus Thynnus) are the biggest tuna, reaching lengths of six to 10 feet, per the World Wildlife Fund (WWF). The heaviest bluefin ever caught, according to the International Game Fish Association, was an astounding 1,496 pounds, snagged off the coast of Nova Scotia in 1979. Per the WWF, bluefin tuna have a global presence, found in every ocean, and they are divided into three species denoted by habitat: Pacific, Atlantic, and Southern tuna. They are remarkable hunters, built to maximize speed and equipped with the best vision of any bony fish.

According to NHK World-Japan, only a small portion of the bluefin tuna caught in Japan ends up being canned or cooked. The vast majority remains raw and is a staple of sushi restaurants. That’s what you’ll get if you order maguro off a menu. Taste Atlas notes that you’ll often see it served as nigiri, the simple sushi style made with a little log of rice topped with fish. NHK World-Japan adds that maguro is a staple of sashimi platters, and can sometimes be found in donburi (served over a bowl of rice).