Apple today called on its suppliers to take new steps to address their greenhouse gas emissions and take further steps to decarbonize. 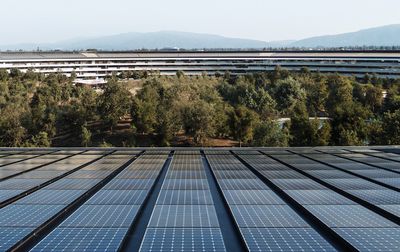 In a press release, Apple said that it will evaluate the work of its manufacturing partners to encourage them to decarbonize their Apple-related operations and use 100 percent renewable energy, tracking and auditing progress on an annual basis. It added that Apple will specifically partner with suppliers that are “working with urgency and making measurable progress toward decarbonization,” and is encouraging suppliers to address their greenhouse gas emissions beyond their Apple production and is offering suppliers a suite of free e-learning resources and live training courses through the Clean Energy Program.