Apple Stores and Apple Authorized Service Providers around the world are now able to complete same-unit repairs for all four iPhone 14 models, instead of having to replace the entire device, according to an internal memo obtained by MacRumors. 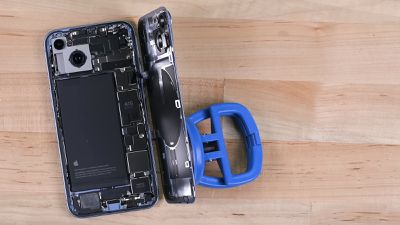 Apple Stores can replace the battery inside any iPhone 14 model for $99 in the U.S., up from $69 for previous models. Customers with AppleCare+ can get an iPhone battery replaced for free, but only if the battery retains less than 80% of its original capacity.

Apple’s out-of-warranty service fees have also increased for select other iPhone 14 repairs. For example, in the U.S., Apple charges $379 to fix cracked glass on an iPhone 14 Pro Max’s display, compared to $329 for the same repair on an iPhone 13 Pro Max. Apple’s iPhone Repair and Service page outlines additional repair fees.