Apple this week settled a lawsuit with Simon Lancaster, a former employee accused of using his position within the company to steal “sensitive trade secret information” that was provided to a tech journalist. 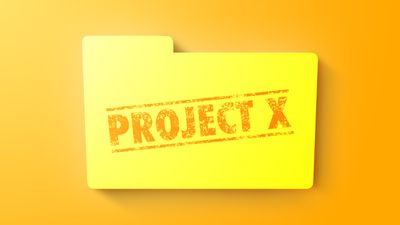 According to The Verge, Lancaster will pay an undisclosed amount of money to Apple and will avoid discussing engineering data, confidential business information, and data about unreleased products.

Apple first filed a lawsuit against Lancaster in March 2021 after the company discovered he had leaked sensitive company information to a tech journalist who used that data to publish articles. Lancaster worked at Apple for more than a decade, and at the time that he stole information, he had a role as an Advanced Materials Lead and Product Design Architect.

Lancaster had access to secretive information as he was responsible for evaluating materials and prototyping innovations for future hardware devices. Apple said that he used his seniority to attend internal meetings and access documents that were outside of the scope of his job responsibilities.

Lancaster began leaking details to a media contact in late 2018, and he exchanged information for favors such as positive coverage of a startup that he invested in. Prior to leaving Apple, he downloaded a “substantial number” of confidential Apple documents that included details on unreleased Apple hardware products, including a device Apple referred to as Project X.

Apple has levied a lawsuit against RISC-V startup Rivos, a company that has hired several former high-ranking engineers from Apple. Rivos describes itself as a “startup in stealth mode,” and according to Apple, Rivos not only poached Apple employees, but also stole chip trade secrets. As noted by Reuters, the lawsuit that was filed last Friday accuses Rivos of hiring more than 40 former…

Former Apple employee Xiaolang Zhang today pleaded guilty to theft of trade secrets, which could get him up to ten years in prison, reports CNBC. Zhang was first hired by Apple in December 2015 to work on Project Titan, developing software and hardware for autonomous vehicles. As part of the Compute Team, Zhang designed and tested circuit boards to analyze sensor data, and he was given…

Apple recently started sending payments to select App Store developers as part of a $100 million settlement it reached in the lawsuit Cameron et al v. Apple Inc., which alleged that Apple had a monopoly on the distribution of iOS apps and in-app purchases. Apple referred to the settlement as a “Small Developer Assistance Fund.” Eligible developers were expected to receive a payment between…

The United States Justice Department is in the early stages of crafting an antitrust complaint against Apple, reports Politico. A source that spoke to the site described the lawsuit as “potential,” indicating that the DOJ’s plans are not yet finalized. Prosecutors within the DOJ are said to be “assembling the pieces” for a lawsuit that could be filed by the end of the year, but the decision…

iOS 16 continues to leak data outside an active VPN tunnel, even when Lockdown mode is enabled, security researchers have discovered. Speaking to MacRumors, security researchers Tommy Mysk and Talal Haj Bakry explained that iOS 16’s approach to VPN traffic is the same whether Lockdown mode is enabled or not. The news is significant since iOS has a persistent, unresolved issue with leaking…

Former Apple vice president of corporate law Gene Levoff has pleaded guilty to six counts of securities fraud for insider trading, according to a Department of Justice (DOJ) press release (via The Verge). The former Apple lawyer “misappropriated material, nonpublic information about Apple’s financial results and then executed trades involving the company’s stock” from February 2011 to April …

New EU rules came into force today that could compel Apple to let users access third-party app stores and permit app sideloading on iPhones and iPads, among other sweeping changes designed to make the digital sector fairer and more competitive. Under the Digital Markets Act (DMA), the rules will apply to tech giants that meet its “gatekeeper” criteria and force them to open up their various…

Meta is facing a new proposed class action lawsuit that accuses it of tracking and collecting the personal data of iPhone users, despite features and policies made by Apple which are meant to stop that same type of tracking. In August, it was revealed that with the Facebook and Instagram apps, Meta can track all of a user’s key taps, keyboard inputs, and more, when using the in-app browser….

With the iOS 16.2 and iPadOS 16.2 updates, Apple is enhancing the Weather app through the integration of an Apple News section. Located below the 10-day forecast on iPhone, the Apple News module surfaces relevant regional news stories. In Raleigh, for example, the app displays a story about hurricanes in the Atlantic, and in San Diego, there is a story about fire season. Content varies based …

Google is rolling out a new Gmail app feature in time for the holiday season that allows users to more easily track their packages directly from within their inbox. In a bid to help users stay on top of order and shipping confirmation emails over the festive period, Gmail will show a simplified view of a user’s package tracking and delivery information. For orders with tracking numbers,…