Skip to content
Homepage / Food and Recipes / Why It Pays To Poke Your Duck Before Cooking
Post Views: 9 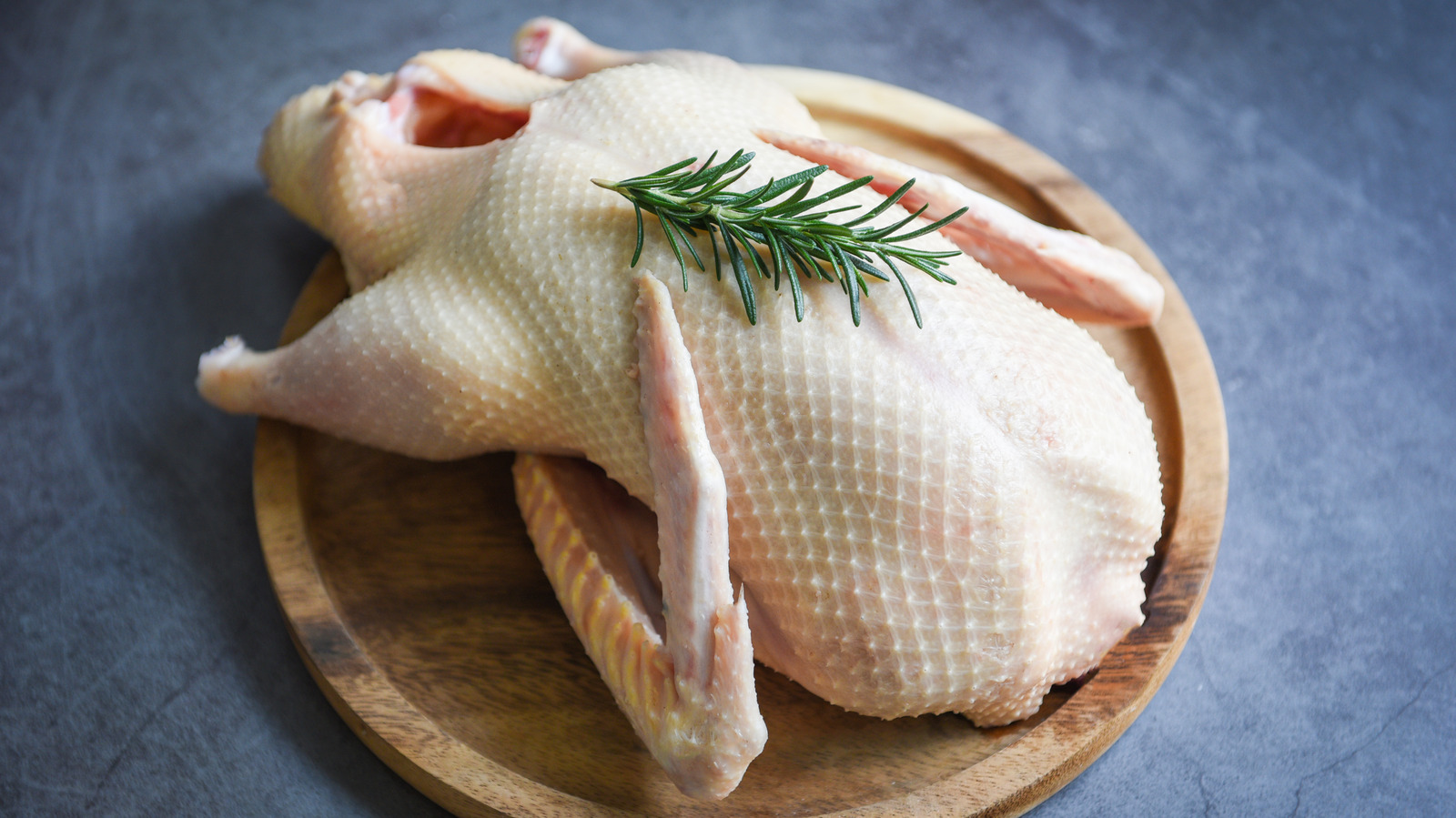 Owing to its nature as a waterfowl, a duck will have a considerable layer of subcutaneous fat beneath its skin. This fat content serves a dual purpose as meat protector and flavoring. According to MasterClass, the fat content in the skin helps to keep the bird’s breast meat moist and packed with flavor. Still, trimming any excess fat will go a long way towards keeping your duck from being unappetizingly greasy. In addition, you can retain the trimmed fat for use in other dishes.

Now that you’ve trimmed the fat, the next step in preparing your great roast duck is to poke or score the skin. According to Bon Appétit, poking holes in the fat of the skin, either with a fork or paring knife — being sure not to puncture the meat beneath — allows for faster, more evenly distributed fat rendering as the duck is roasting. Another way of doing this is by scoring the skin. As MasterClass explains, scoring is a technique of lightly cutting a crisscross pattern in the duck’s skin, again being careful not to cut into the meat. By doing either of these two techniques, the rendered fat will not only help keep the meat underneath moist and tender but help give you that desired, crispy skin that is so indicative of roast duck.