Skip to content
Homepage / Food and Recipes / Why Horseradish Is So Potent For Such A Short Time
Post Views: 19 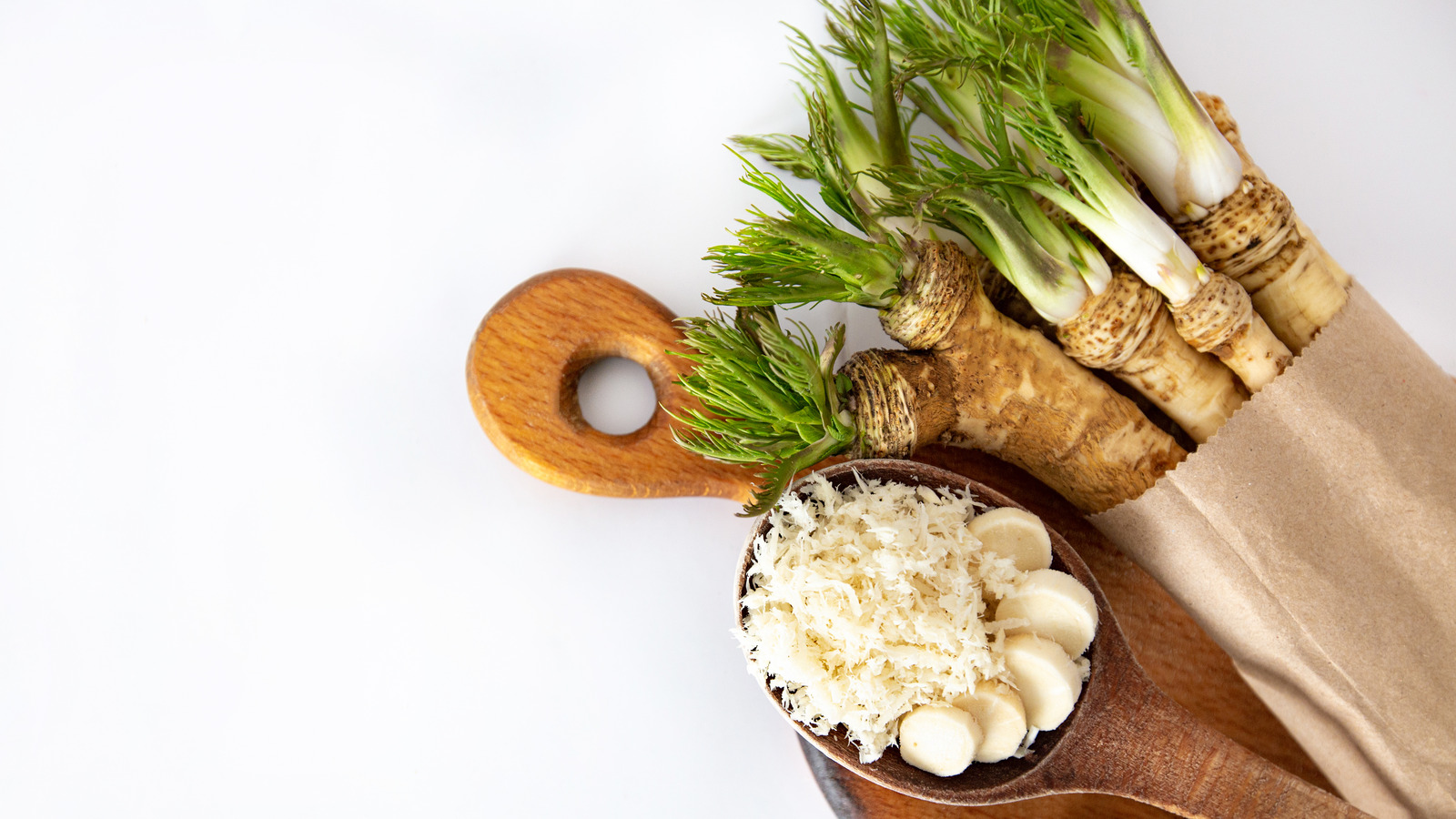 Before being grated, horseradish doesn’t have a particularly punchy aroma or flavor, according to Horseradish.org. It’s only after the root’s tissues have been damaged that a volatile compound called allyl isothiocyanate is released, causing a piquant profile. That said, the volatility of isothiocyanates is what makes horseradish taste peppery for just a short period of time.

Given that isothiocyanates don’t linger on tastebuds the same way as capsaicin molecules do, The Takeout explains that the intensity of heat is, therefore, based on the amount of horseradish you consume. The bigger bite of horseradish will taste spicier, but the burning sensation will still subside within a matter of minutes or even seconds.

Likewise, Spiceography also notes that since allyl isothiocyanate is water-soluble, any extended exposure to air can cause the evaporation of volatile compounds, which can also reduce its pepperiness. Consequently, freshly-made horseradish should be kept in a tightly sealed container in the fridge to maintain quality — just don’t expect it to taste as spicy as the day it was first made.