Skip to content
Homepage / Food and Recipes / Why Cast Iron Is The Ideal Way To Grill Dessert
Post Views: 11 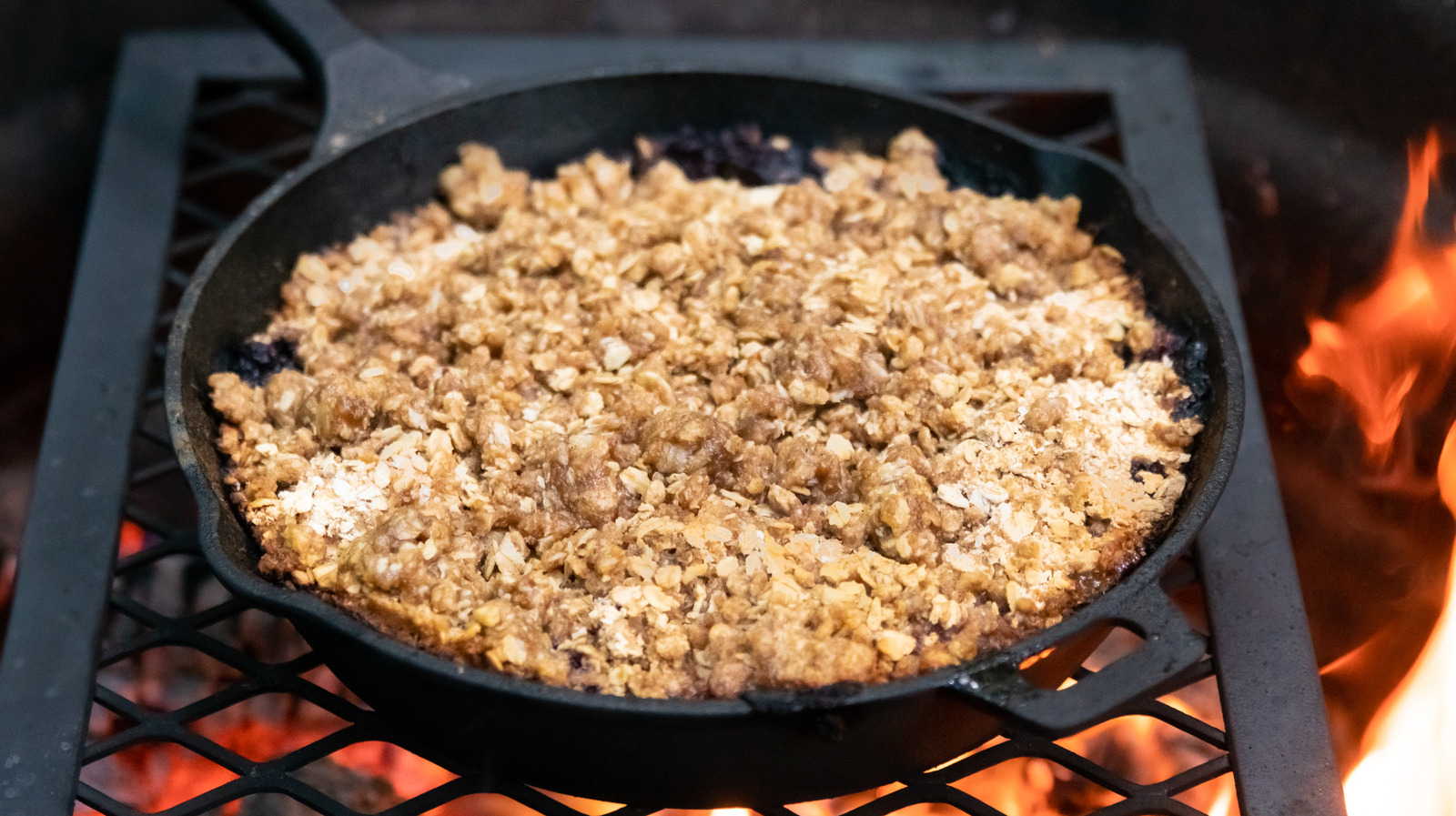 Even if you are a cast iron dessert evangelist, you may not have thought to cook your desserts on the grill. Savor With Jennifer says that this is the perfect answer to crafting whole meals outside during grilling season. Food & Wine suggests that you can grill your dessert easily over indirect heat while the rest of the meal cooks over the coals. By the time you’re done eating the main course, your dessert is ready to come off and serve as a final showstopper to the meal. Science of Cooking points out that cast iron pans often won’t heat evenly under the direct heat of a stove. On the indirect heat of a closed grill, this won’t be a problem.

Webstaurant Store says that using a cast iron pan on the grill is also advantageous because it won’t release any toxic fumes to mix in with other foods. Some coated pans will release harmful fumes from their surface coating when brought to high temperatures. Food & Wine says that cast iron is the best option to use for the same reasons as cooking other desserts. That dense metal will heat slowly, and evenly distribute that heat throughout the pan. This yields a beautiful, crisp outer edge that will have you firing up that grill more often. Just don’t forget to use lots of butter to ensure that nothing sticks, and add even more flavor to your crisp edges.