Skip to content
Homepage / Food and Recipes / This Is The Most Common Type Of Ham Sold In The US
Post Views: 18 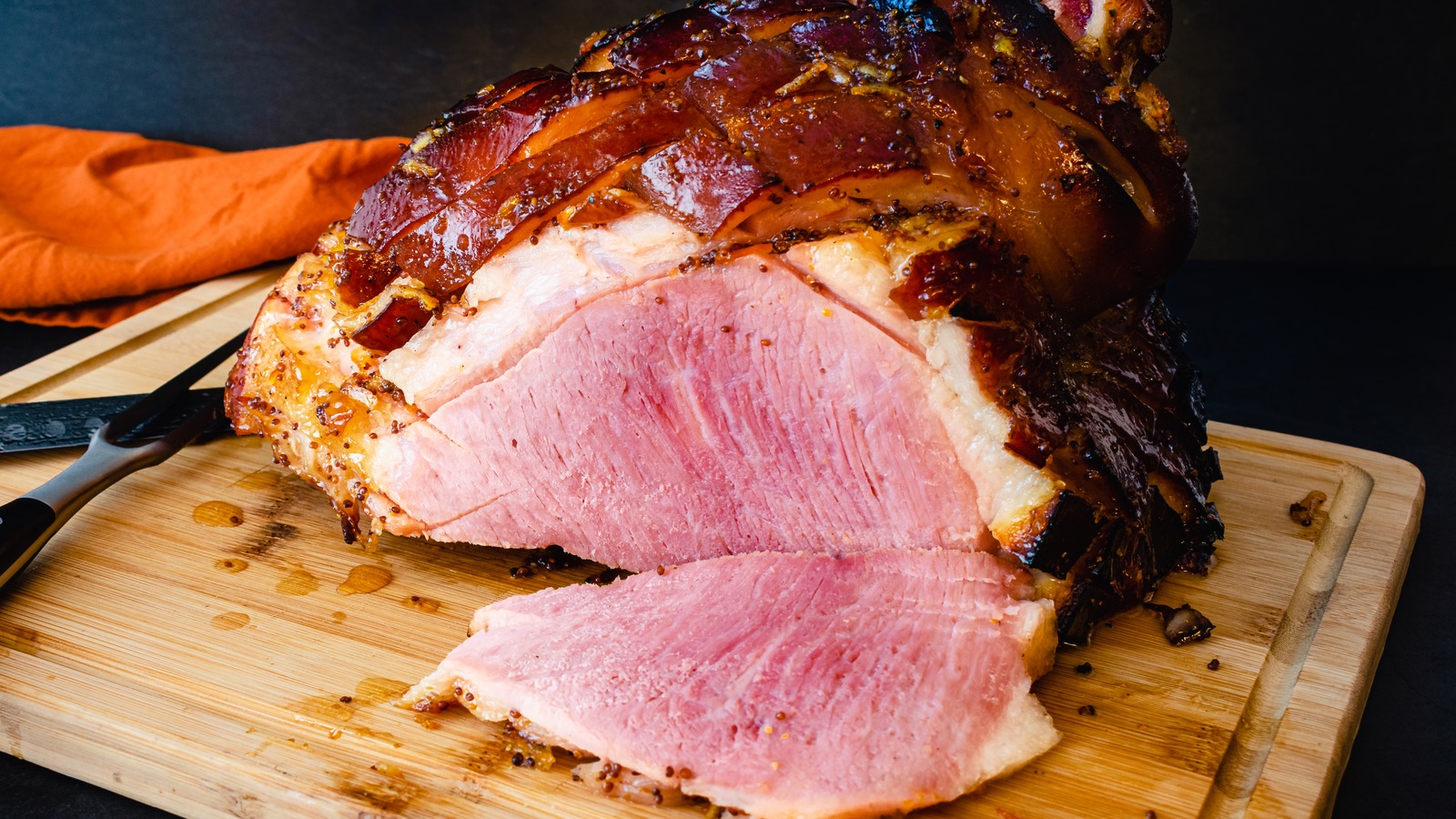 There are three major kinds of ham sold: Dry-cured, wet-cured, and fresh, per Huffington Post. The most basic is fresh, which is raw and uncooked and not cured. Dry curing ham is a long process and is typically more expensive as a result, according to Huffington Post, which gives the luxurious Prosciutto di Parma from Italy as an example. The third type, wet-cured ham, is the most popular ham for Americans to purchase.

To wet cure a ham, the piece of meat is either soaked in brine (a salt and water mixture) or is injected with brine, per Huffington Post. According to The Spruce Eats, the next step is for the ham to be smoked.  In contrast, dry-cured ham is covered with salt and then stored for a long period of time in order to cure the meat. It will be hung to dry for months, states Hobe’s Country Ham, during which time the flavors will intensify.  In addition to salt and water, a wet-cured ham usually contains a combination of sugar, sodium nitrite, sodium nitrate, sodium erythorbate, sodium phosphate, potassium chloride, and other flavorings, reports Huffington Post. Although one might assume that a wet-cured ham is ready to eat, that is not always the case. The label is required to provide safe handling and cooking instructions.

Whether you prefer a honey-baked ham or a slice of Canadian bacon with your eggs, it likely was first wet-cured before it made it to your plate.