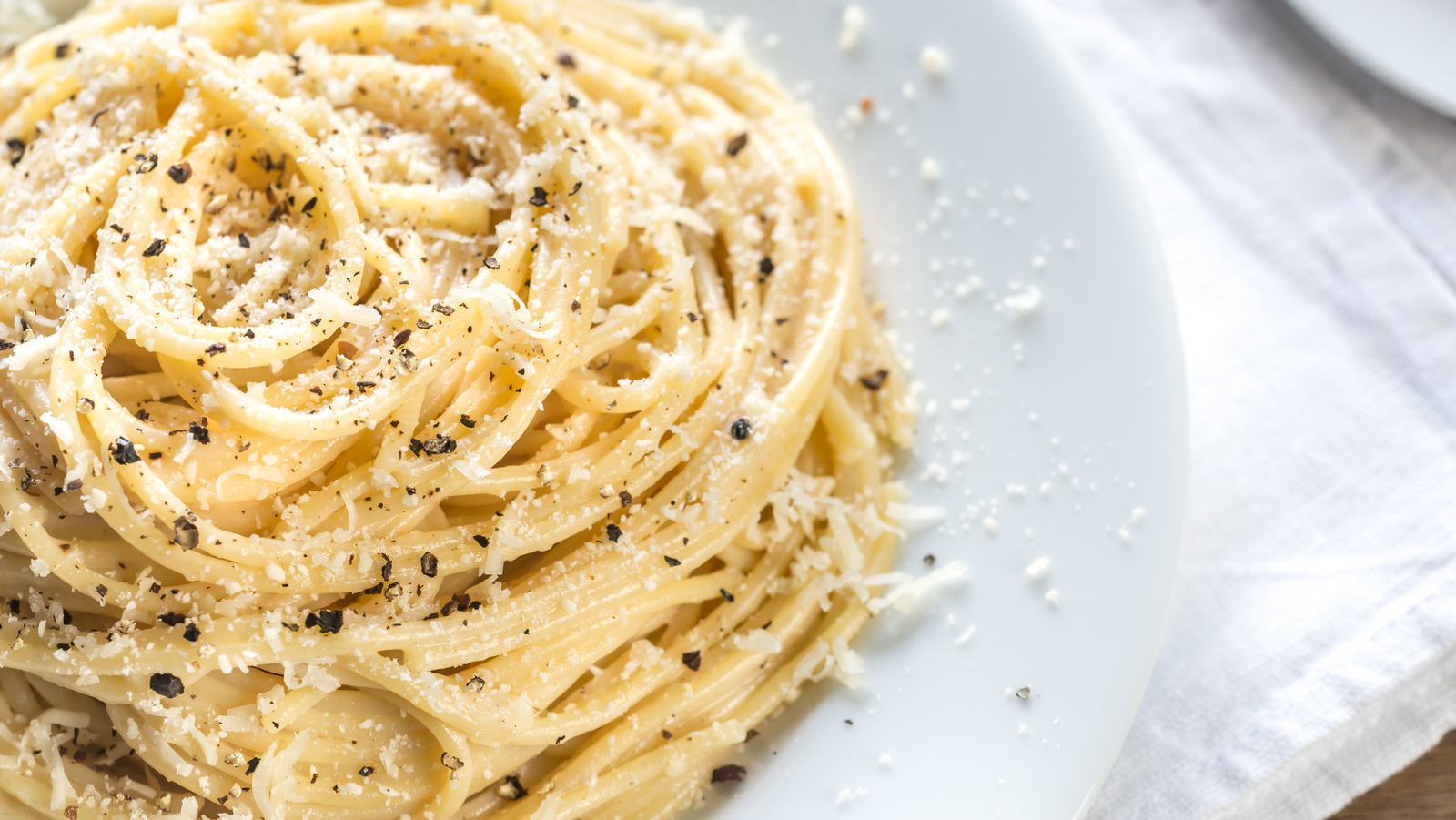 Don’t bother looking for substitution; cacio e pepe purists will all confirm that only one cheese can be used, and that’s pecorino romano. Also known in the Roman dialect as cacio, La Cucina Italiana explains that pecorino romano has been an integral part of the Roman diet for centuries because it’s “rich in energy and easy to digest” with a “sharp flavor that embraces others.” Adding a bit of salt and a bit of umami to the dish, pecorino romano, has made cacio e pepe an instant and eternal classic.

While you might be tempted to swap pecorino romano for the similar-looking parmesan, the two can’t be used interchangeably in a traditional cacio e pepe recipe. Pecorino romano is a hard sheep’s milk cheese with grassier and earthier flavors that contribute to its iconically sharp and slightly tangy profile. Aged for a minimum of five months, Cheese.com explains that as pecorino romano matures, it becomes smokier and more pungent, in addition to crumblier, which can also affect the flavors in your dish.

Beyond using a good pecorino romano, many Roman chefs confirm that it should be aged at least eight months. Gambero Rosso explains that toasting high-quality pepper is a must to amp up complexity, in addition to choosing the right kind of pasta, like thicker spaghettone (or the Roman equivalent, tonnarelli) for the creamy sauce to cling onto. Work quickly and wisely, and you can also master the art of the perfect cacio e pepe pasta.