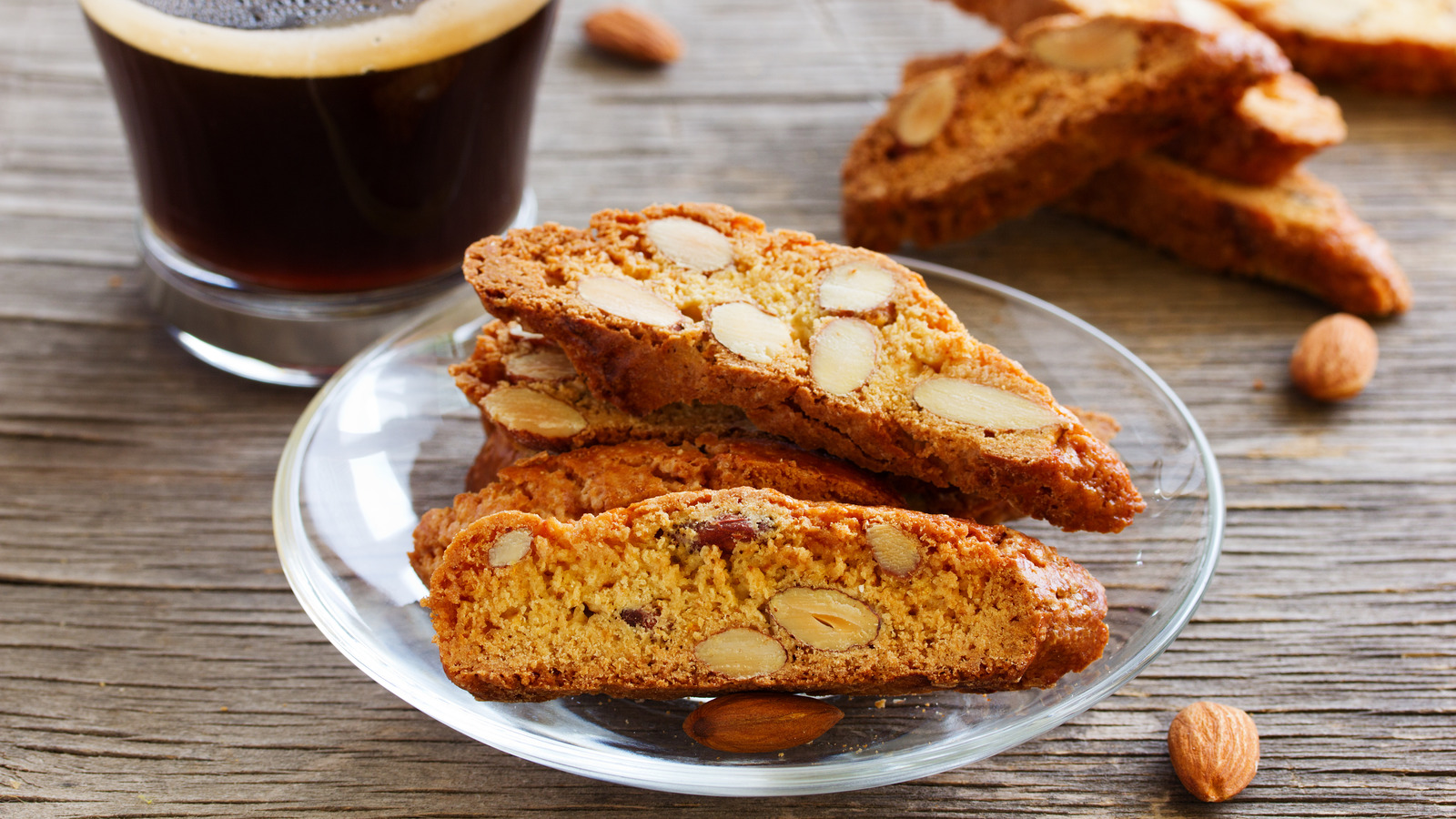 Perhaps you lived vicariously through Diane Lane while watching “Under the Tuscan Sun,” or maybe you’ve had the good fortune of eating your way across this important Italian gastronomic region. Either way, there’s no denying that Tuscany is a source of delicious food. According to Visit Tuscany, iconic Tuscan dishes include ribollita, a hearty cold-weather stew of cabbage, beans, onions, and carrots, and panzanella, the tomato and basil salad tossed with unsalted Tuscan bread. Another delight that can be added to the list? Sweet, crunchy biscotti.

According to NPR, these log cookies are baked, sliced, and then baked again in order to achieve maximum crunch. They hail from Tuscany, where they were first created in the 14th century. At the time, the region grew a lot of almonds, and the bakers in the city of Prato began working the nuts into this now-iconic cookie. Other than biscotti’s delicious taste, another feature they had going for them was their dry texture, which made the cookies resistant to mold. As the Age of Exploration kicked off and sailors began to explore the globe (via ThoughtCo), biscotti made their way onto ships as part of crews’ rations, NPR notes. British hardtack and German zwieback, which are types of twice-baked biscuits that were also brought to sea, are spinoffs of the Tuscan innovation that has since spread across the world.