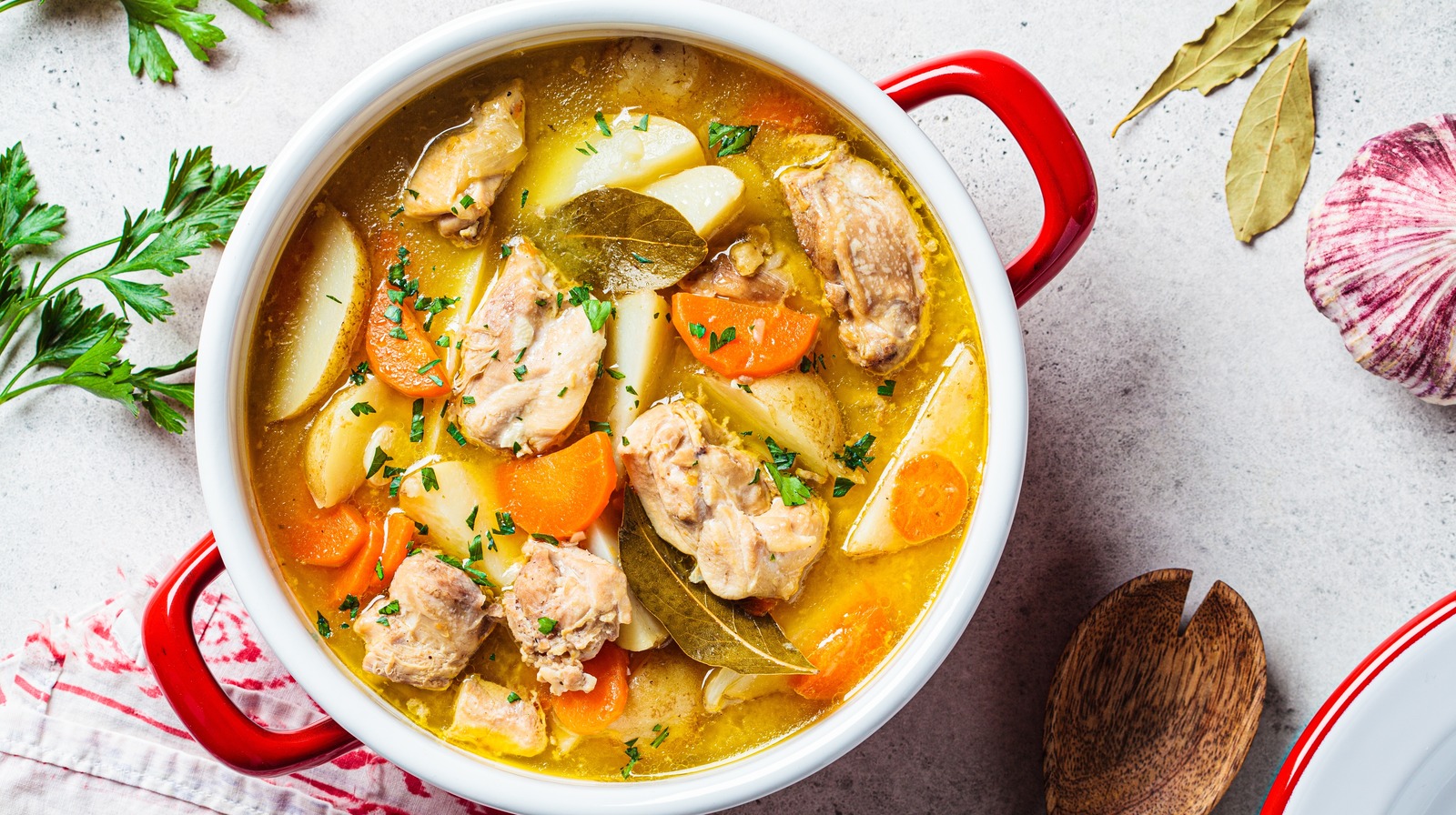 Every culture has its own version of chicken stew. The Acadian people of northern New England and eastern Canada have Chicken Fricot. The West Africans have chicken and peanut stew. The Italians have pollo alla cacciatora, or Hunter’s Wife Chicken. The French have the classic coq au vin. Numerous chicken curries exist throughout Asia. The point is that no matter where you are in the world, if chickens are raised, someone has turned them into a stew (via Saveur).

As we’ve learned, combining fat and flour makes a roux. Serious Eats notes that when making South Carolina-style Lowcountry chicken, you can deepen the flavor of your roux by using the remaining fat in the pan from browning the chicken. The roux will gently thicken the stew to the consistency of a light gravy, clinging to the flavors of the chicken fat and the aromatics of the dish. As the roux dissolves into the sauce and thickens the stew, all of the locked-in flavors are released, leaving you with a thick, beautiful, savory stew. And this trick needn’t be reserved for chicken stew; you can do this with whatever stew recipe is closest to your heart!