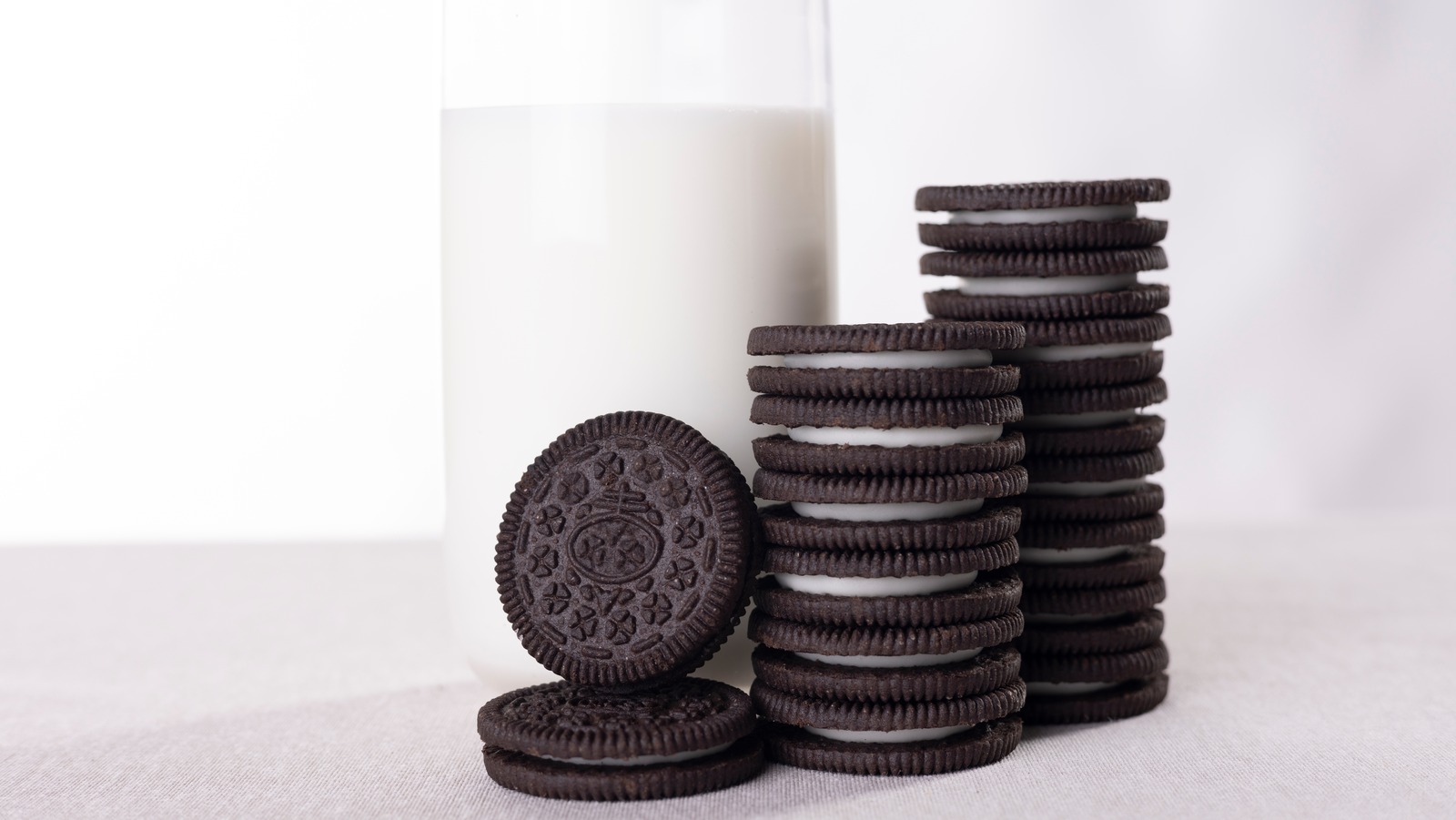 But what does “Oreo” mean? Well, the strange part is nobody really knows. According to ThoughtCo., there are multiple theories about the origin of the memorable moniker, but as for their accuracy, it’s still to be determined.

One theory suggests that the name comes from the French word for gold, “or,” in reference to the cookies’ original packaging, which was gold colored. Others believe it comes from a Greek root, either from the Greek word for mountain, since, as Rewind and Capture claims, the original cookie design was dome-shaped. It could also stem from the flower printed on the Hydrox cookie, an Oreodaphne. The final theory suggests it is a visual representation of the cookie itself, with “re” being two of the middle letters of “cream” sandwiched between the two round, cookie-shaped O’s in “chocolate.” None of these theories have ever been confirmed or denied by Nabisco, so it is just as likely that the name was chosen randomly because it is fun to say and easy to remember.