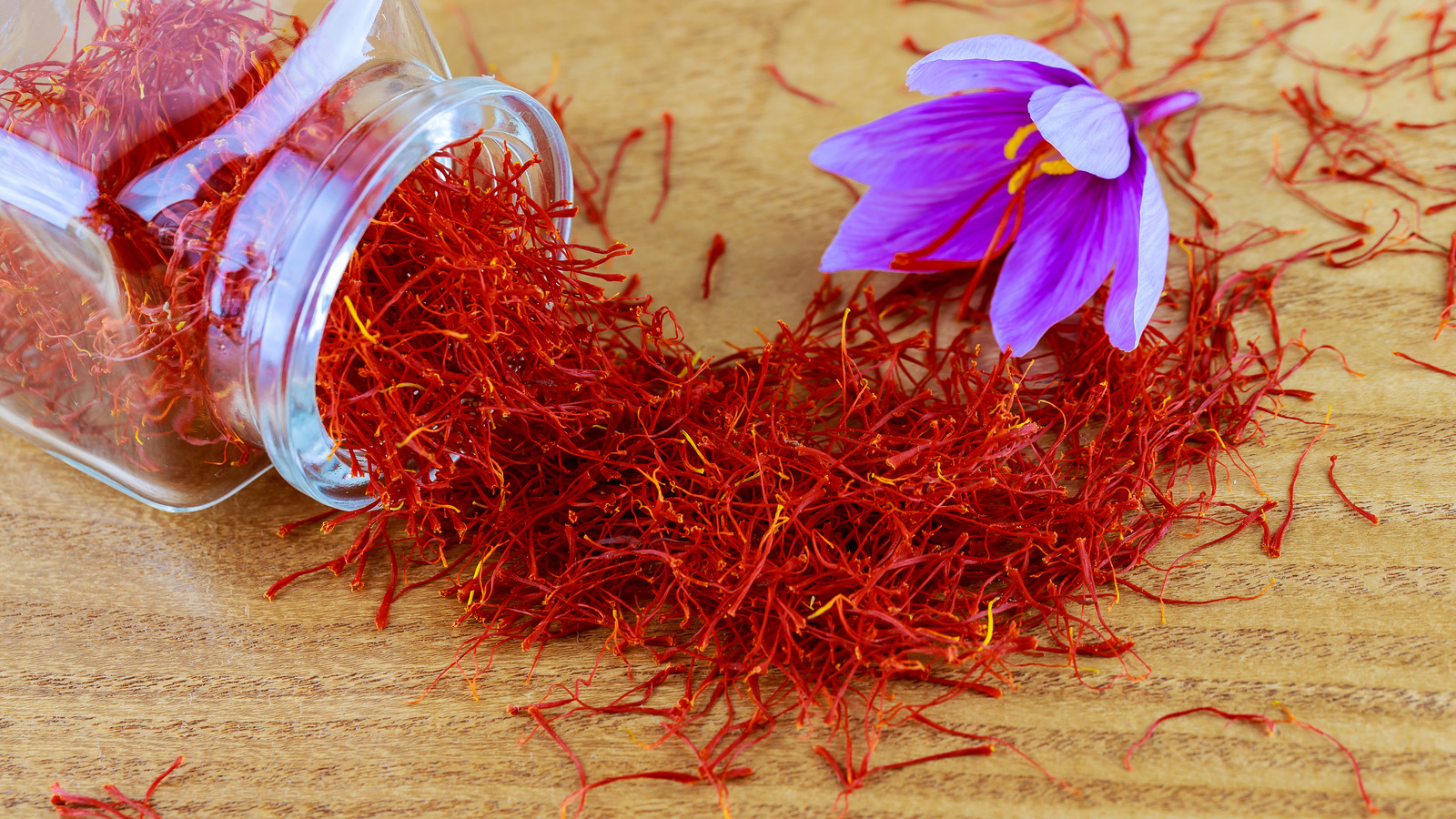 According to the authority at Turmeric.com, turmeric is an Ayurvedic herb that belongs to the ginger family. It’s a long-time popular ingredient in Middle Eastern, Asian, and Indian cuisines. Medieval foodies referred to turmeric as “Indian saffron.” Marco Polo reportedly even described wild turmeric he discovered growing in China as a type of saffron. The spice’s manufacturing is comparatively much more accessible than saffron’s: Turmeric root is boiled, dried, and ground into the powder that might be living in your spice cabinet at this moment.

Turmeric works as a saffron substitute, says Raw Spice Bar, because it lends the same trademark golden color to a dish that saffron does. The taste is comparable, as well. Saffron is admittedly more floral and delicate in taste than turmeric, but turmeric offers a similar flavor profile to the bolder, earthier flavor notes prevalent in saffron. To make it work for your recipe, A Couple Cooks recommends substituting ½ teaspoon of turmeric per every large pinch of saffron. How Stuff Works suggests combining turmeric with a little paprika to capture saffron’s more nuanced, dimensional flavor. Plus, it’s a lot more cost-effective: At that same Whole Foods Market, a 2.38-ounce jar of Organic Turmeric Powder costs a much more digestible price (pun intended) of $5.29.