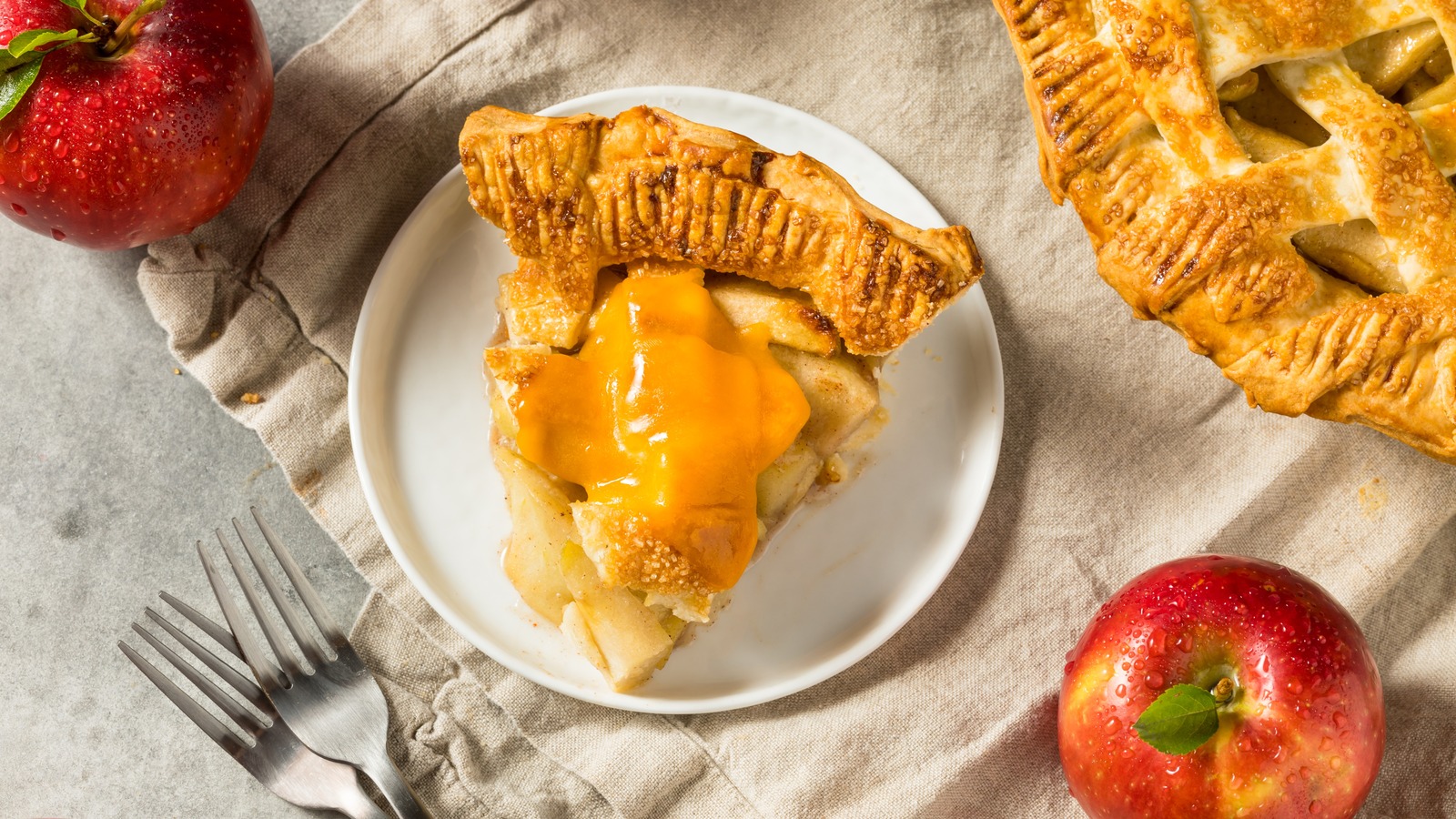 The apple pie and cheese combination bends to regional tastes and preconceptions. Some tout it as the perfect contrast between sweet, sharp, and salty, melding with taste buds in glorious perfection, explains Atlas Obscura. Standing firm on the other side, Southern Living magazine warns that Deep South palettes will never acquiesce, reacting instead with either confusion or a blatant request for ice cream.

Deeper schisms arise over the preparation method. Cheesy apple pie inclinations vary between baking cheddar cheese into the pie filling, rolling it into the crust, melting it over the top, or placing it on a plate beside the pie. The Vermont Country Store states that apple pie must be topped with warm, not melted, cheddar cheese and even cites a legal state statute requiring a “good faith effort” to always serve apple pie with either cold milk, ice cream, or cheddar cheese weighing at least ½ ounce. If you think that’s a quirky old custom left lingering for decades on Vermont statutes, think again – the declaration was approved on May 10, 1999.

In the end, it all comes down to a friendly rivalry fueled by tradition, personal taste, and a tinge of fondness for stretching culinary boundaries. Apex Orchards notes a handed-down generational phrase that justifies at least giving it a try: “Apple pie without cheese is like a kiss without a squeeze.”