Skip to content
Homepage / Food and Recipes / The Korean Army Base Stew That Became A Comfort Food
Post Views: 23 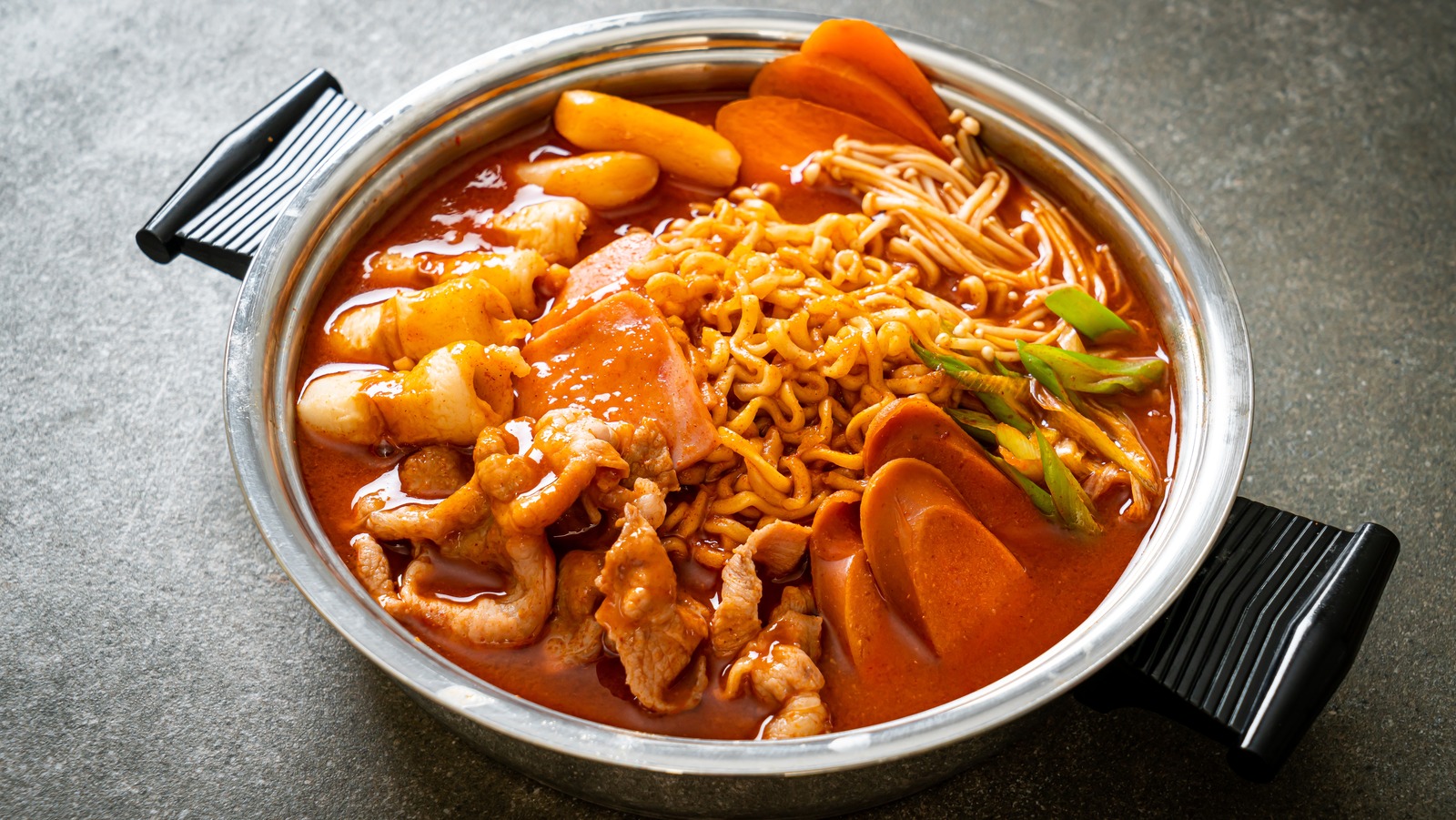 Before trying budae jjigae, it’s important to first understand its origin. During the Korean War, there was a lack of food, especially meat, in the country so Koreans would get what they could from the U.S. military bases, even leftovers that would have otherwise ended up in the trash, according to Atlas Obscura. After the war ended in 1953, Koreans still lacked access to a lot of food, such as meat, after three years of fighting. They would often turn to the black market to get the American foods they had learned to like in the budae jjigae after the Korean government made it difficult to get the items due to passing import laws. After some time, the ban on American-made goods was lifted and the dish still remained popular, according to Atlas Obscura.

An important part of budae jjigae, Spam, wasn’t legal in South Korea until a company there began to produce it in the 1980s. An area near the U.S. military base in Uijeongbu, an hour north of Seoul, is one of the best places to get budae jjigae, per My Korean Kitchen. While the dish may have originated near U.S. military bases, its popularity has spread further.