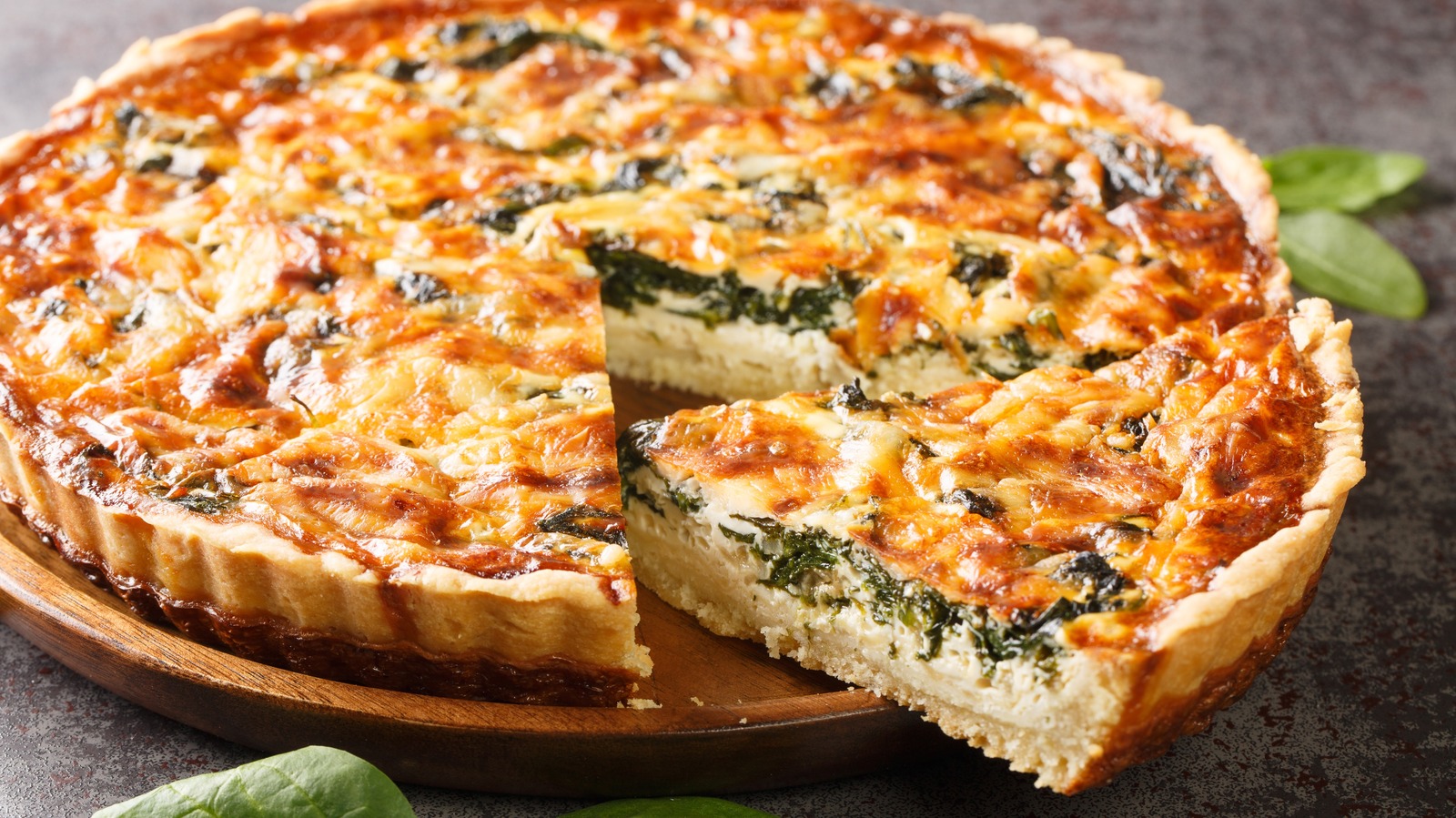 When quiche grew in popularity in the U.S., the crust was often larger and soggier than the French version. Also, many ingredients considered conventionally inappropriate were put in quiche, such as raw mushrooms and broccoli, which release liquid as they cook and will make the quiche soggy, per the Los Angeles Times. The Rambling Epicure states that the American quiche of the ’70s and ’80s was a pie similar to a casserole because of its heavy-handedness. Pastry Chef Nick Malgieri (via the Los Angeles Times) equates how quiche has been traditionally treated in America to how the country has approached pizza: Anything goes. He favors a simple filling and says there are appropriate vegetables that can be added.

Quiche’s falling out of popularity is punctuated by the book “Real Men Don’t Eat Quiche,” written by Bruce Feirstein in 1982. It is a humorous look at masculinity in the United States, reports Los Angeles Times. While quiche may have fallen out of favor for a time, it again rose in popularity during the 1990s as it returned to its roots with a crispy crust and a composed filling. Whether you make the classic quiche Lorraine or get a little more experimental with ingredients, Fine Dining Lovers states that quiche is good served hot or cold and eaten for breakfast, brunch, or as a light meal any time of the day. Just remember to let your quiche rest before slicing yourself a large piece of deliciousness.