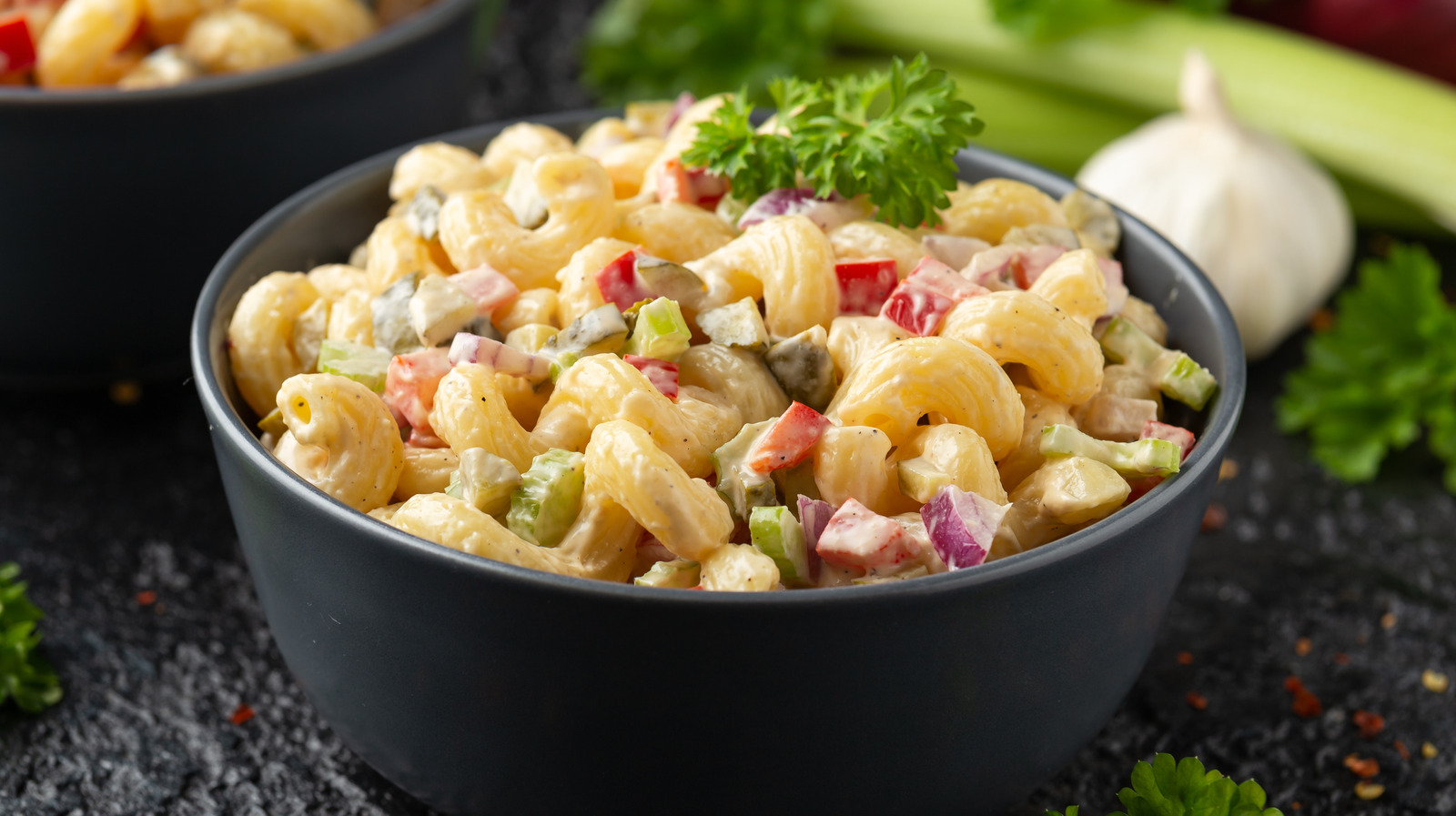 When we think pasta, we think Italian. Macaroni, referred to here as short, cut, tube, or elbow-shaped pasta, does come from Italy. Macaroni salad, on the other hand, is an American creation, and it may be a dish that Italians wince at. Elbow macaroni became popular during the 1900s in America. Although the exact origins of macaroni salad are unknown, published recipes for it can be found as early as 1914 (via Dagostino Pasta).

According to Dagostino Pasta, there are theories that macaroni salad blends together two cultures or immigrants. The pasta comes from the Italians, while the mayo-based dressing is reminiscent of other German salads. With macaroni pasta being a cheap commodity at the time, using macaroni as a way to make a ‘mock potato salad’ was even promoted during the 1930s, according to the Food Timeline. Regardless of where it came from, this dish is now over a century old, and it doesn’t seem to be going anywhere. Want to try some out for yourself? Be sure to check out this recipe!