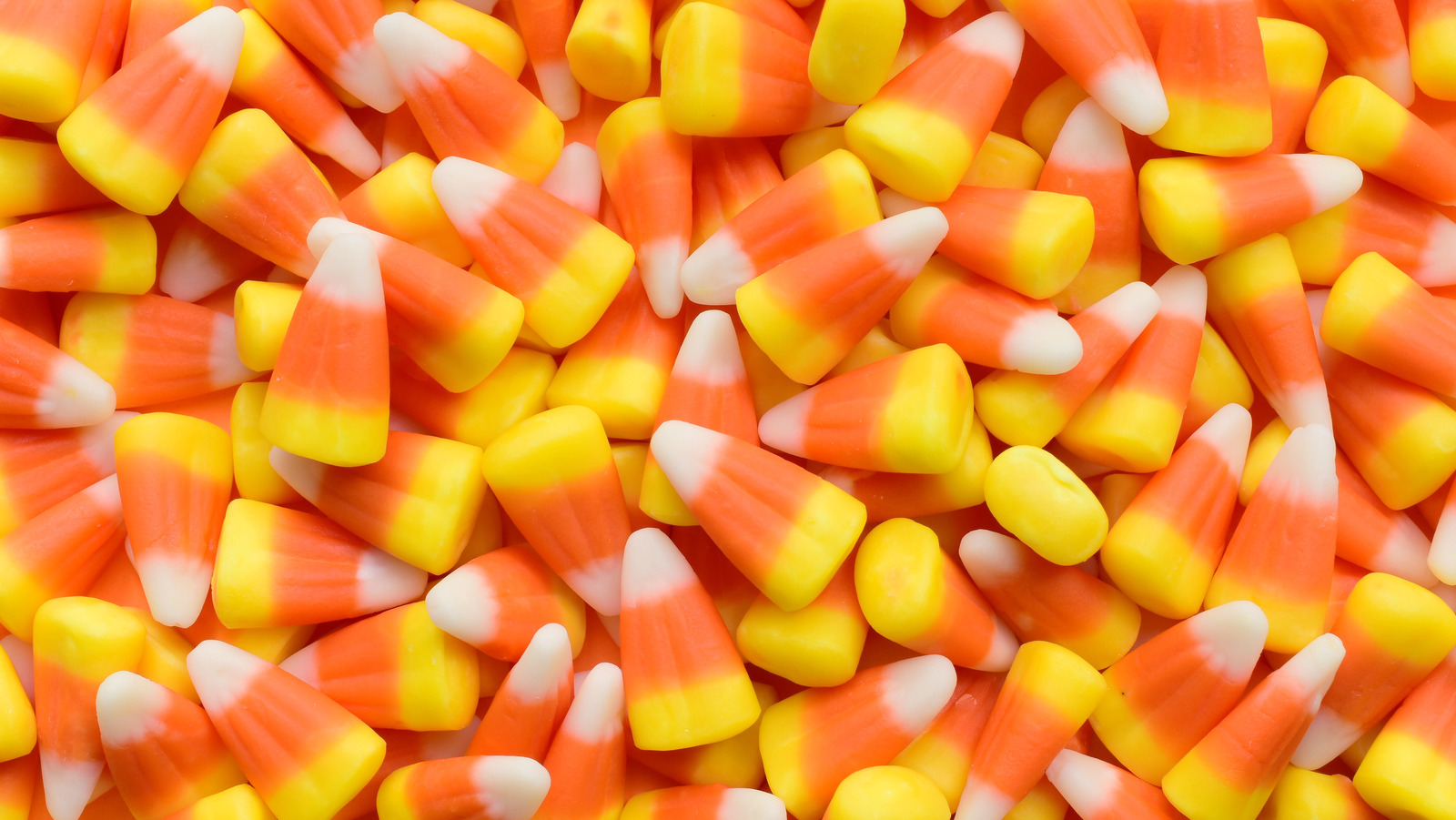 Candy corn dates back to the 1880s when candy maker George Renninger set out to make treats that resembled food fed to chickens (via CNN). At this time, nearly half of Americans were farmers, and the concept of eating something that looked like animal feed was novel. Manufacturers were focused on mellow creme candies at the time, cranking out shapes of pumpkins, chestnuts, and turnips; Renninger’s creation was the first to sell confectionery made of sugar and corn syrup, and the Goelitz Candy Company helped market the product to a wider audience (per History). By the early 20th century, candy corn was known as “penny candy,” a type of treat that could be purchased cheaply.

Today, candy corn has invaded other categories, according to Vox: snacks, desserts, candles, bark, and even an ale made by a brewery in Wisconsin. The original flavor has also seen modifications, as peppermint, pumpkin spice, red velvet cake, fruit punch, hot dog, hamburger, and even green beans variations have graced candy aisles (via Always a Treat). History estimates over 35 million pounds of candy corn are sold each year. Love it or hate it, candy corn has staying power.