Skip to content
Homepage / Food and Recipes / The Early Marshmallow Casseroles That Should Probably Stay In The Past
Post Views: 7 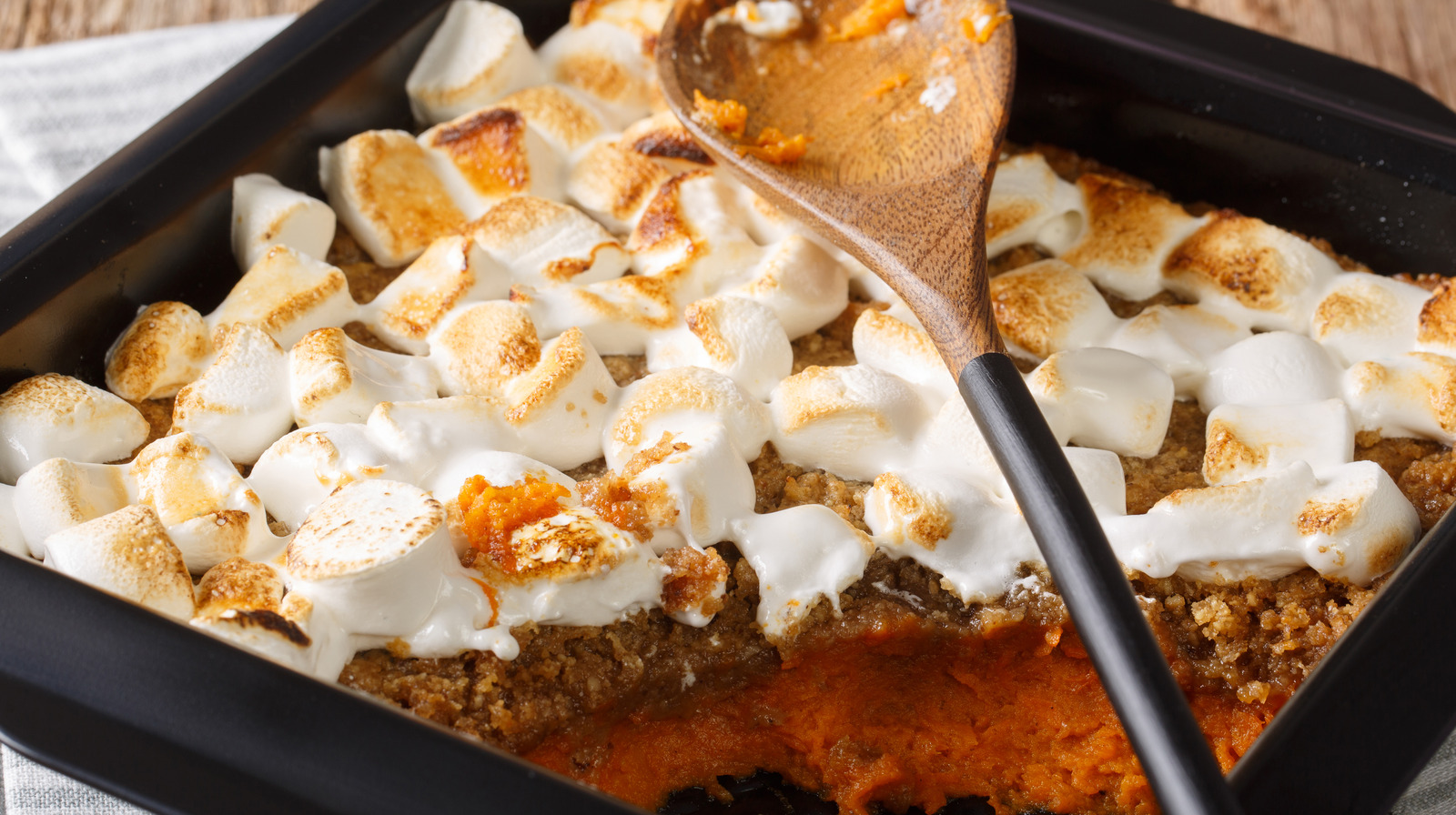 Since the confectionary treat became mass-produced and commercialized with cornstarch and gelatin in the 1950s (per National Confectioners Association), it’s only become more popular. While the marshmallow was featured as a dessert centerpiece in a 1901 New York Times article, it was not until 1915 that one marshmallow company, Bunte Brothers, marketed their product as a coveted and luxurious ingredient that was crucial to making trendy and new desserts (via Atlas Obscura). The marketing effort was multichannel: Ideas for using marshmallows were stuffed into recipe books, posters, store displays, newspaper ads, and even billboards.

This media push was so successful that two years later, another company Angelus distributed its take on the marshmallow-based recipe booklet, which contained the first recorded recipe for the infamous sweet potato casserole. According to Time Passages Nostalgia, a 1939 version of their marshmallow recipe booklet has the cover exclaiming, “Make Mine with Marshmallows!”