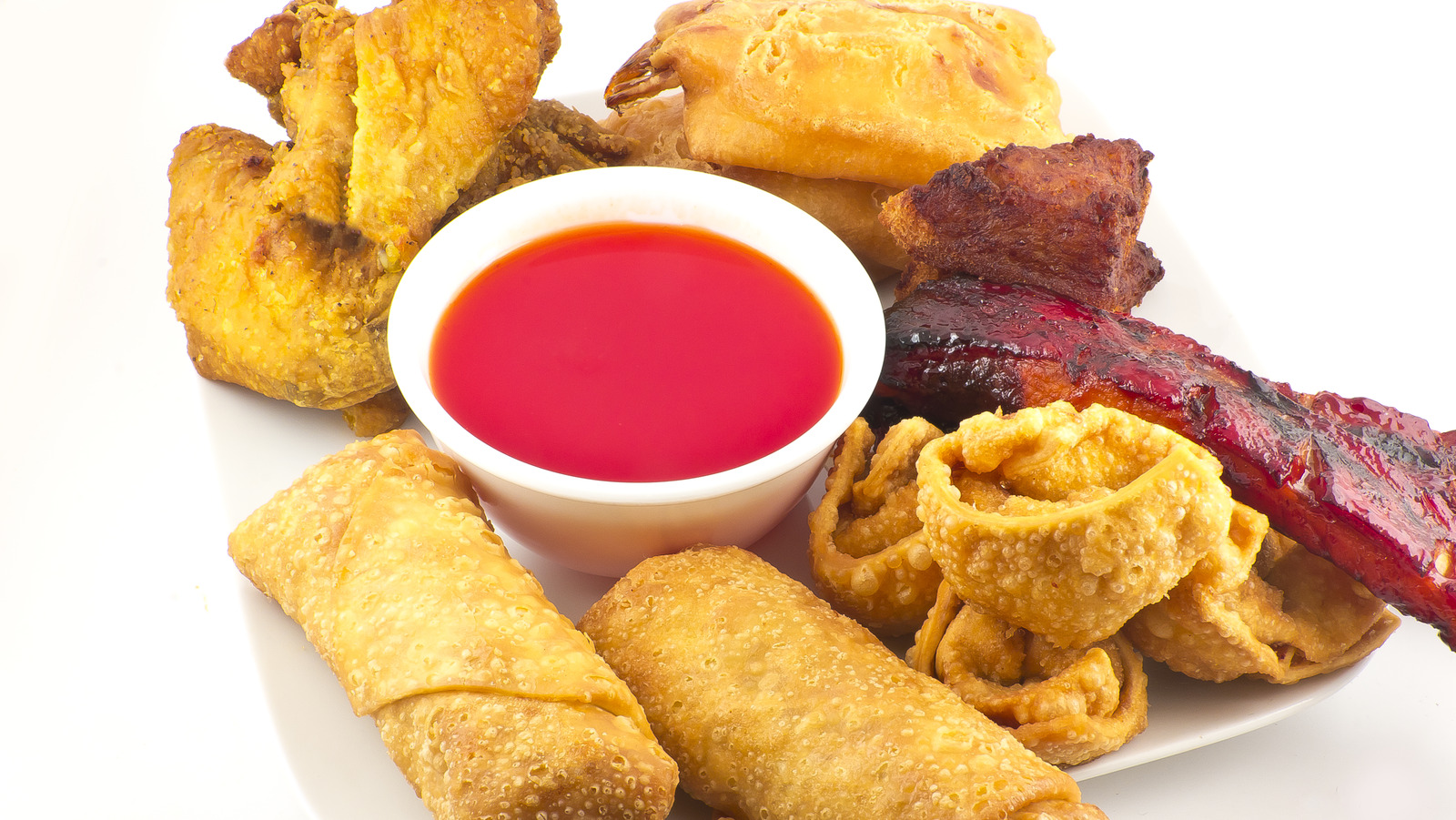 Taste Atlas reports most sources trace the origins of the pu-pu platter to one of two sources — Don the Beachcomber or Trader Vic’s. The California watering holes (Don the Beachcomber’s in Los Angeles and Trader Vic’s in the San Francisco Bay Area) were at the forefront of tiki culture in the 1930s. Both establishments were founded by owners who had traveled extensively throughout Polynesia and the South Pacific. And both founders were enamored with the island-esque ambiance of the honky tonk variety.

According to Men’s Journal, Ernest Raymond Beaumont Gantt (who legally changed his name to Donn Beach, opened Don the Beachcomber in a tiny space just off Hollywood Boulevard, per Liquor.com. At about the same time, Victor Bergeron debuted Hinky Dink’s (later known as Trader Vic’s) in Oakland (via Famous Hotels). Now it gets murky. We assume Gantt and Bergeron were aware of one another’s tiki-forward enterprises.

We know both enthusiastically created rum-based cocktails to serve alongside their interpretations of Chinese- and Polynesian-influenced food, including the pu-pu platter (via Martin Turnbull). This is where the story splits. According to Sampan, a review of three vintage Don the Beachcomber menus didn’t find any mention of a pu-pu platter while a Trader Vic’s menu from the 1950s mentions hot pupus and Polynesian hors d’oeuvres. On the other hand, Jennifer Trainer Thompson, author of “The Great Tiki Drink Book,” credits Gantt with introducing the pu-pu platter in 1934 (via Orlando Sentinel).