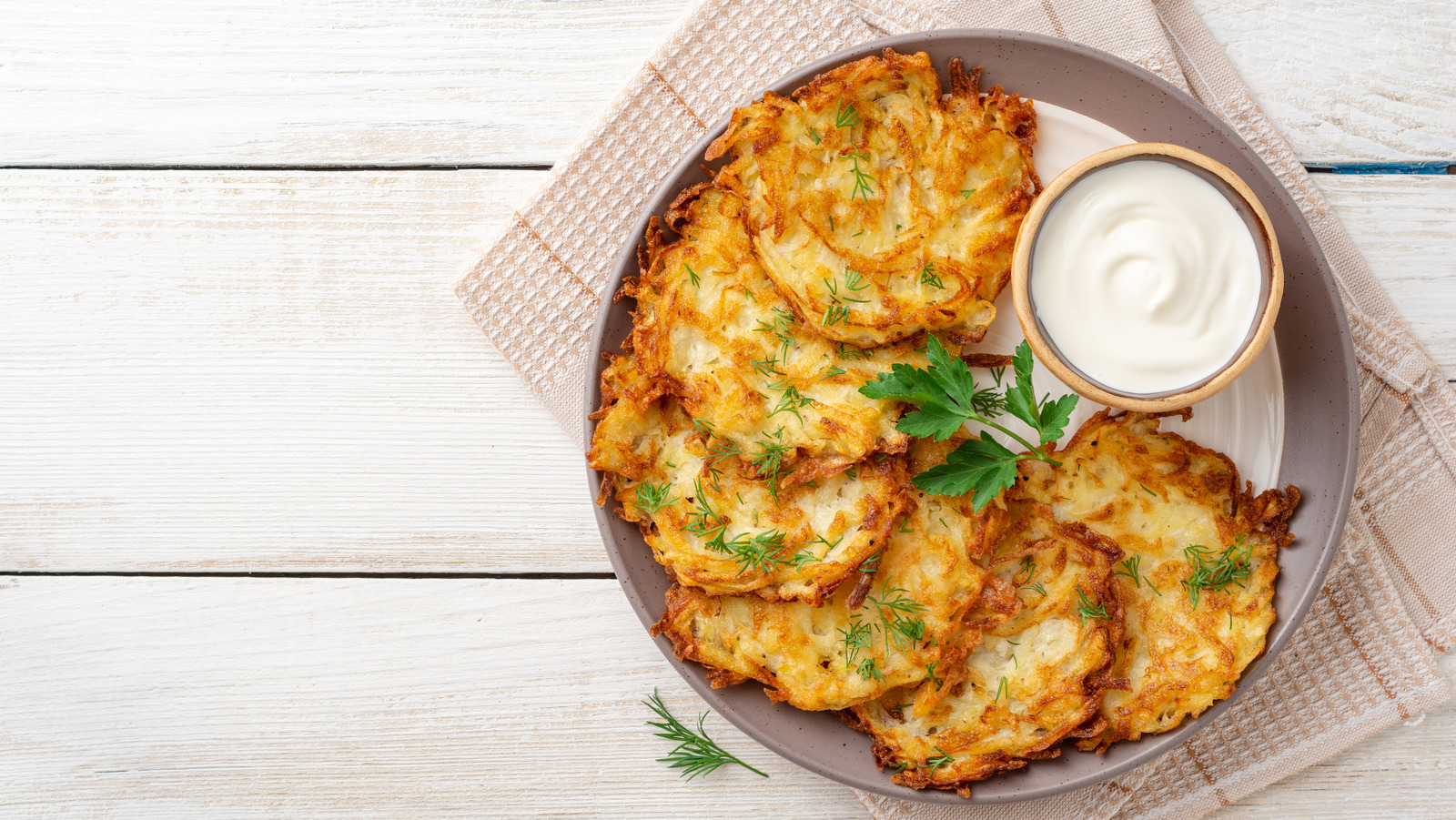 While many recipes tend to advise shallow-frying, deep-frying latkes results in more even browning and a crispier texture. That said, using a neutral oil with a high smoke point, like canola or peanut oil, is key, as is maintaining the proper temperature. Epicurious advises that the oil reaches about 375°F as lower temperatures will make latkes greasy, and higher temperatures can lead to fritters that are raw on the inside but burnt on the outside.

To further avoid the risk of burning latkes, there’s another (albeit unconventional) hack: separately add a carrot or two to the heated oil. Food52 shares that tossing in pieces of raw, trimmed carrot can help you determine if the latkes are close to burning. It can also attract any stray spud and onion shards that often burn and turn the oil bitter. The Sun says this hack works because carrots have a high concentration of water — higher even than onions or potatoes — and they’re able to absorb an incredible amount of heat and will therefore burn much faster in comparison to other foods. Let carrots be your canary in the coal mine for your next batch of classic latkes.