Skip to content
Homepage / Food and Recipes / The Caesar Dressing Shortcut That Happens To Be Vegan
Post Views: 20 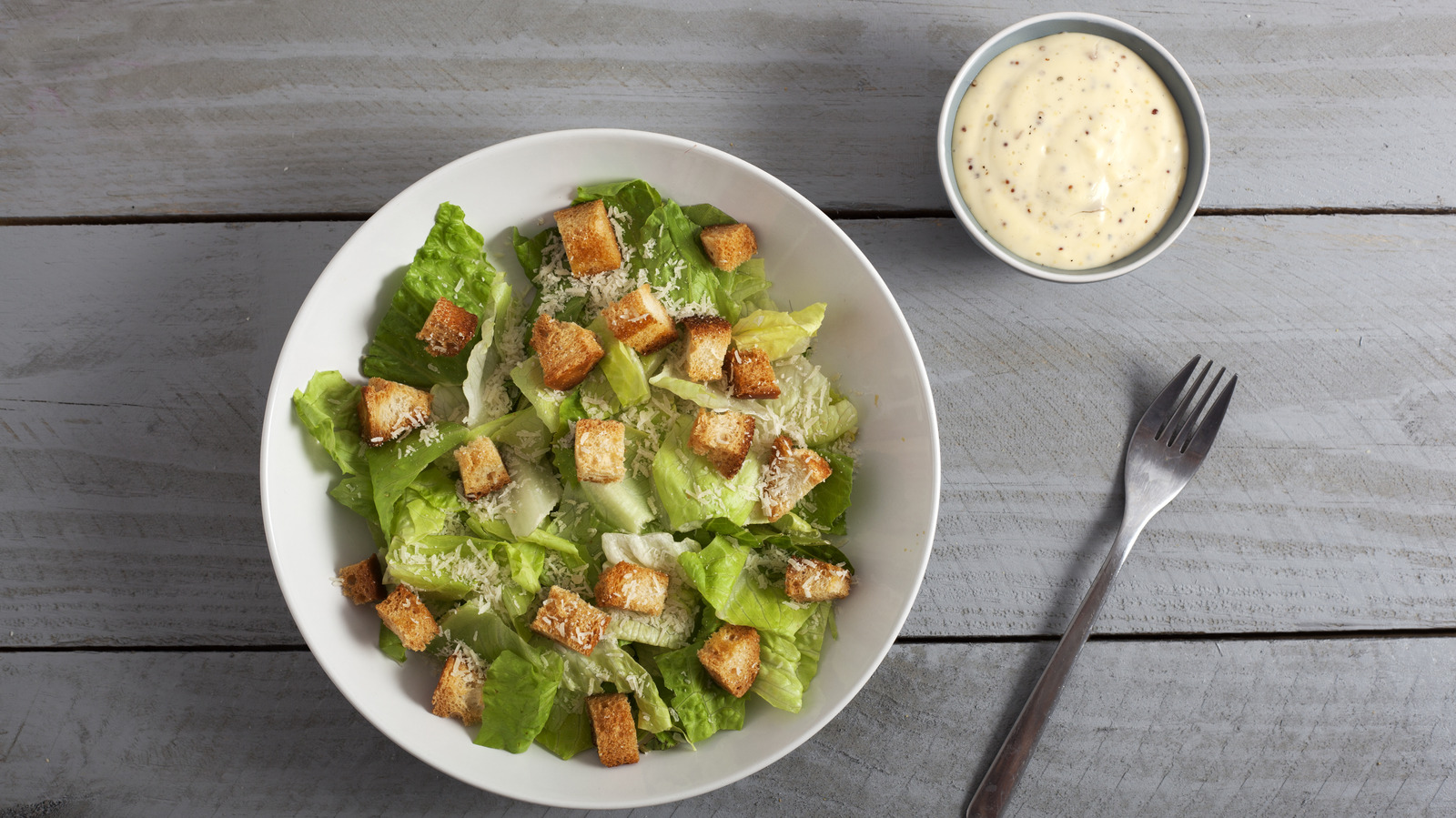 We all know hummus; that creamy, chickpea-based spread famously served with warm pita bread and crispy falafel. Being a protein-packed, plant-based food, hummus is a star in and of itself — one that can be found inside the refrigerators of many vegans. But Bon Appétit states that, when used as a substitute for mayonnaise in your homemade dressing, hummus is your shortcut to a creamy vegan Caesar dressing in less than five minutes. And, no, it doesn’t even need to be the fancy kind.

As long as it’s plain hummus, you can grab any old container from the store. Then, when you get home, and your Caesar salad craving hits, take about half a cup of your store-bought hummus, stir in all of the other basic ingredients, and season to taste. You’ll have a five-star Caesar dressing in less than five minutes, with no cashew soaking necessary. Of course, there are still a few other ingredients you’ll have to substitute, but those are easy.

If your recipe calls for Worcestershire sauce, you can use a vegan version instead. Additionally, Minimalist Baker recommends substituting capers for anchovies — which weren’t even included in the original Caesar salad (via Food & Wine) — to get that ocean flavor minus the tiny canned fish. Other vegan additions could include extra lemon zest, pepperoncini, or a dash of crushed red pepper flakes to put The Butcher’s Daughter’s $16 vegan spicy kale Caesar to shame.