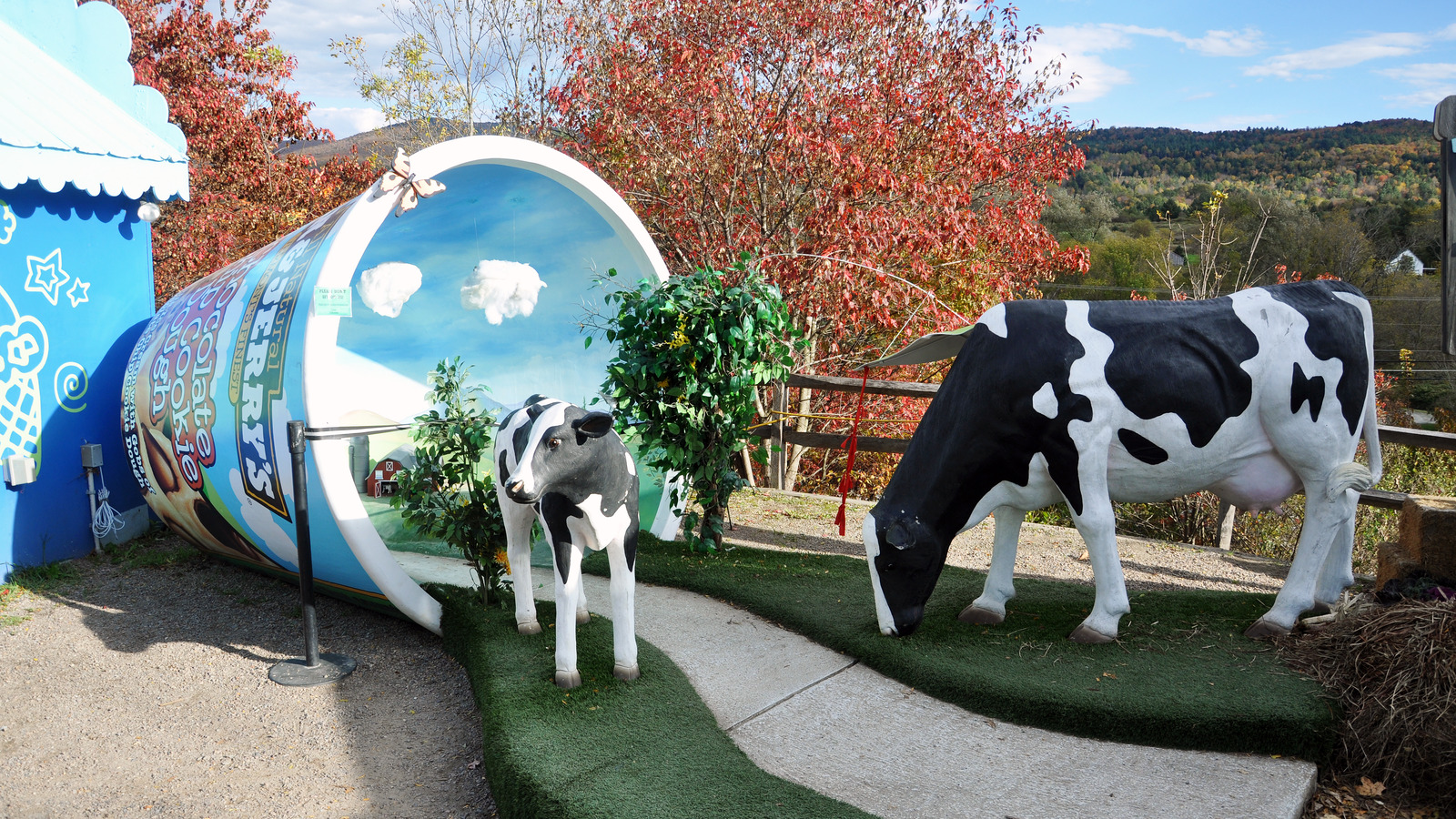 If you’ve ever wondered, the Ben & Jerry’s cow is female, a Holstein, and her name is Woody. She wasn’t the original bovine hawking ice cream for the brand’s young entrepreneurs, but she took her post in 1983, just five years after the company’s unconventional launch, per a Ben & Jerry’s article honoring the “Most Interesting Cow in the World.” Woody has earned her place as a company influencer and her image graces today’s Cowmobile as it roams America’s highways and byways.

Woody came to life at the hands of Woody Jackson, a Vermont artist well known for cow-themed illustrations. Ben & Jerry’s named the new logo cow for the artist, reflecting a love for all-things-Vermont while recognizing the importance of the dairy industry in their burgeoning business. Known as the Cow Man in Vermont, Jackson had been painting bovines since the 1960s, while working on a dairy farm in the Champlain Valley, explains the Washington Post. His lifelong passion sprang from observing the creatures in a backdrop of red barns, rolling pastures, and the Adirondack mountains.

In an interview with Days of Yore, Jackson revealed a wide range of artistic endeavors but confirmed that the Ben & Jerry’s cows constitute a healthy slice of his income due to continuing royalties — ones that were once a source of contention, according to the artist.