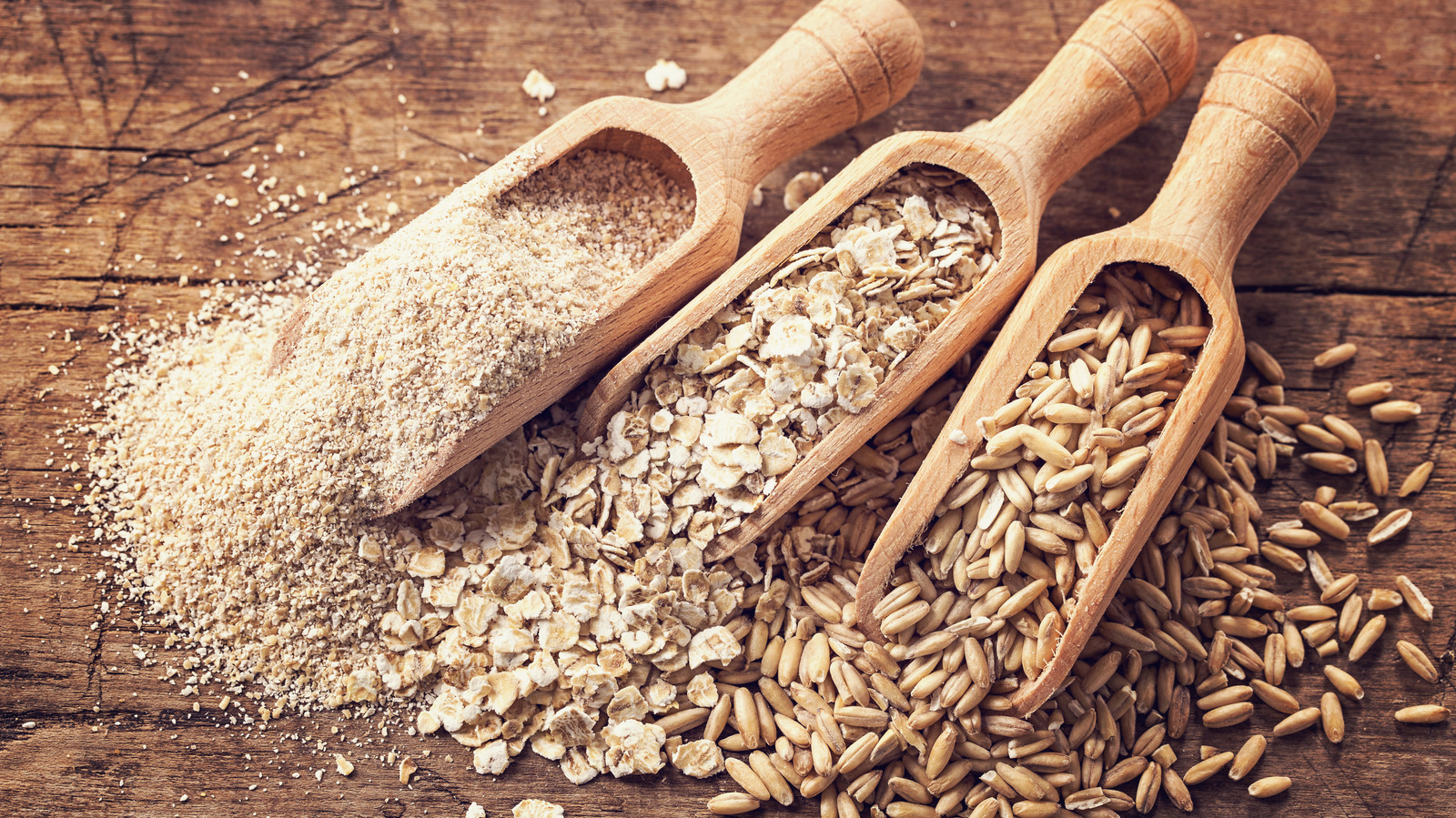 A good point of comparison would be the difference between white rice and brown rice. If you didn’t know the difference, brown rice includes the outer layer of bran and the germ of the grain, while white rice does not (via Healthline). While most oat products are usually the “brown rice” in this analogy, since they include the whole oat itself, oat bran is only the outer layer of the oat grain, which usually comes out as “a byproduct of oat grain processing,” per Science Direct.

This means that the oatmeal we’re accustomed to contains the whole oat groat, while oat bran is only the outer layer of the groat. For this reason, oat bran disintegrates much faster than regular oatmeal does. Bob’s Red Mill states that oat bran takes much less time to soften and has a mushier texture than steel-cut or old-fashioned oats. If we were to rank the textures from chewiest to softest, steel-cut would come first, then rolled, then oat bran. Oat bran is also more nutty and flavorful than other forms of oatmeal, perhaps because it is only the outer part of the oat groat (via Bob’s Red Mill).