After months of rumors and leaks, Apple this week finally released the new M2 iPad Pro through a press release on its website. As expected, the new ‌iPad Pro‌ is powered by the ‌M2‌ chip, as rumors predicted. 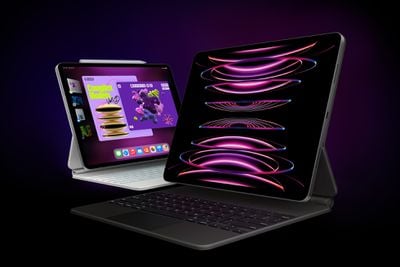 Other rumors, however, did not turn out to be true, and we’ve rounded up a few of those incorrect rumors below.

One of the most prominent ‌iPad Pro‌ rumors was that the upcoming models would include some form of MagSafe and reverse wireless charging capabilities. Rumors suggested that the iPad Pro would adopt a glass back that would allow users to place an iPhone or AirPods on the back of the ‌iPad Pro‌ to charge it while adopting some form of new ‌MagSafe‌ system for the iPad itself.

Evolving rumors had indicated that Apple prototyped multiple designs and could scrap the all-glass back, but a more feasible rumor of a glass Apple logo to accommodate wireless charging also failed to come true. 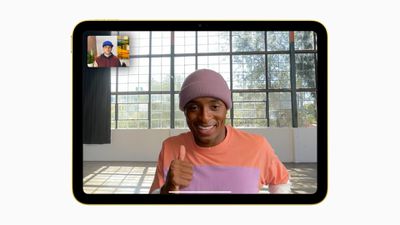 With the 10th-generation ‌iPad‌, Apple has placed the front FaceTime camera on a long edge of the ‌‌iPad‌‌’s bezel for the first time, giving the ‌iPad‌ a landscape front camera. One rumor suggested that Apple would bring the same landscape ‌FaceTime‌ camera to the ‌iPad Pro‌, as well as a landscape Apple logo in the back, meant to present the ‌iPad‌’s default orientation as landscape and not portrait.

Apple’s decision to bring a landscape ‌FaceTime‌ camera to the entry-level ‌iPad‌ in the same update cycle as the ‌iPad Pro‌, while not bringing it to the ‌iPad Pro‌, is sure to be intriguing for some customers.

While these rumored features and changes did not happen with the latest ‌iPad‌ Pros, that’s not to say they’ll never come true since we may see some of the features in future ‌iPad Pro‌ models. The latest ‌M2‌ ‌iPad Pro‌ became available for pre-order earlier this week and will begin arriving to customers on Wednesday, October 26.