Skip to content
Homepage / Food and Recipes / Is There A Nutritional Difference Between Pastrami And Corned Beef?
Post Views: 9 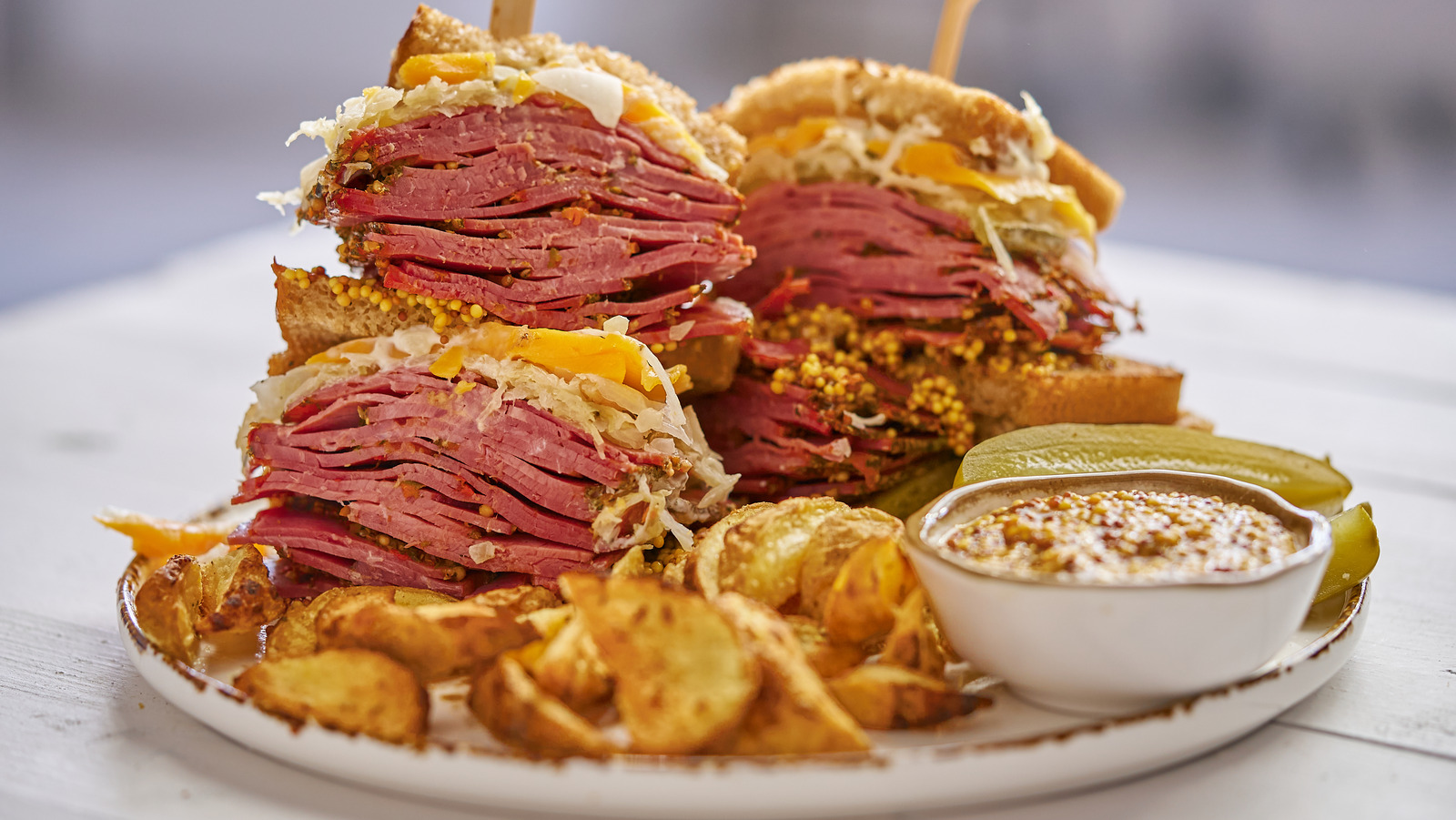 Both beef pastrami and corned beef are rich in protein, not to mention all the minerals and other micronutrients found in red meat. Comparing H-E-B’s pastrami to its corned beef, for example, shows both offer 14 grams of protein per 2-ounce serving. While neither contains trans fat, and both contain only 1 gram of saturated fat, their respective fat content differs.

At 3 grams of fat per 2-ounce serving, H-E-B pastrami has a slightly higher fat content than H-E-B corned beef, which has 2.5 grams. The pastrami also has slightly more cholesterol (30 mg) than the corned beef (30 mg). These differences could be accounted for by assuming that the pastrami was made with the deckle, and the corned beef, with the flat. However, because H-E-B’s nutrition information does not specify the cut used in either case, this cannot be confirmed.

Additionally, as you might have guessed from the discussion above, the pastrami is higher in sodium (630 mg), than the corned beef (490). This would appear consistent with corned beef’s being rinsed/soaked before cooking, which The New York Times points out may remove the salt. Pastrami, by contrast, is not rinsed; in fact, its dry rub may add salt. It may also add sugar, per Amazing Ribs. In fact, the other big nutritional difference between these two H-E-B products is that the corned beef contains no sugar, whereas the pastrami has 1 gram of added sugar per 2-ounce serving.