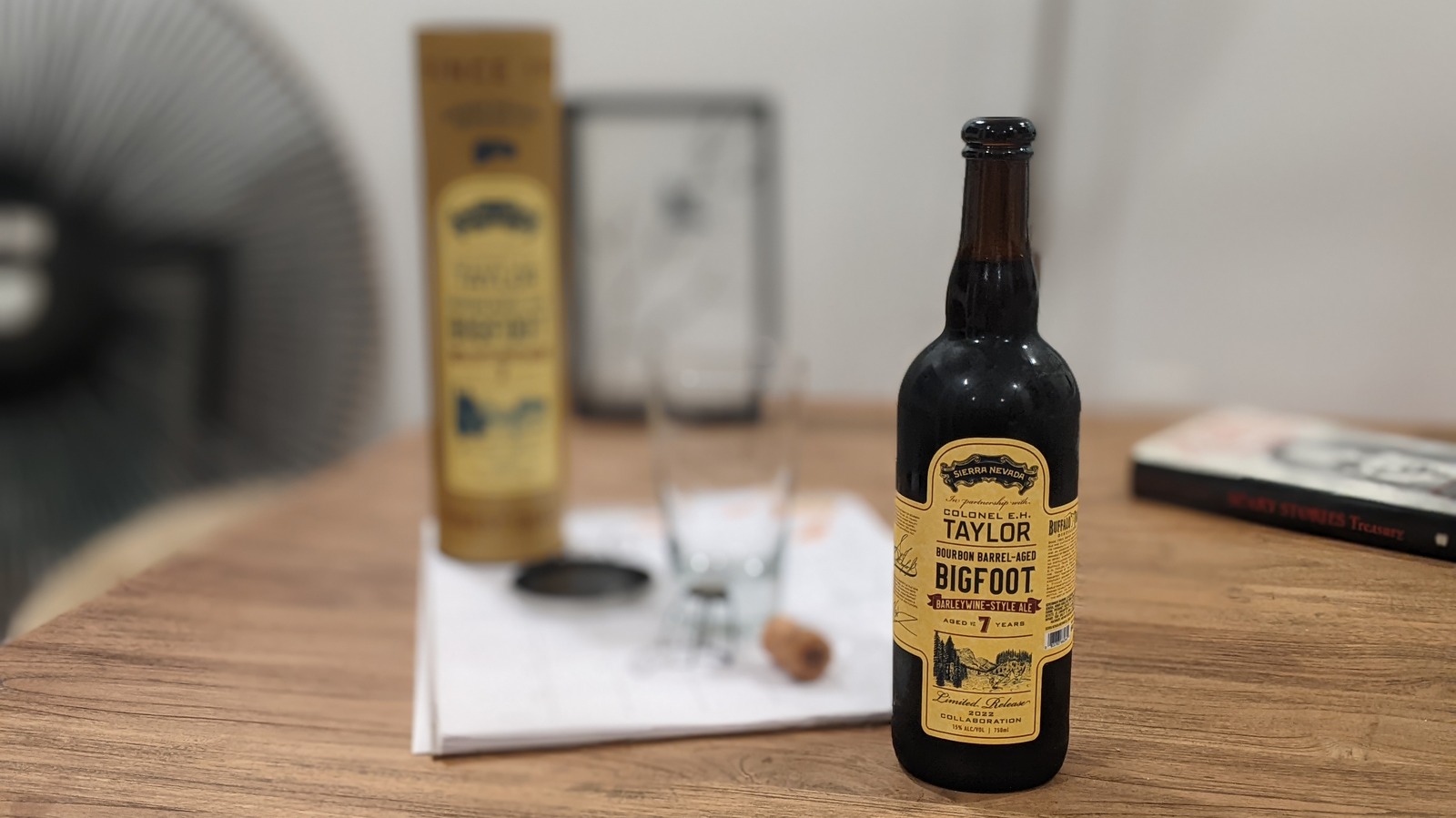 The main question in this premium bottle is whether you can taste the Taylor. Well, it’s most prevalent in thinner sips or on the end of a bigger one. Wrapping up this burly beer is the astringent whiskey flavor, but it ping-pongs with a swish around the tongue, from sweetness to earthiness, both due to the malty strength of such ales.

That malt’s medium roast judiciously steps aside just enough to let the bourbon influence shimmer through, but make no mistake: The barleywine is the headlining act here.

The aroma comes across like gingerbread and molasses. There’s no doubt from the first whiff of what kind of beer you’re drinking. But after the foreboding weight of the nose, this is a refreshingly manageable barleywine that drinks lighter than its 15% ABV. Its sweet taste stops short of cloying but does demand a refreshed palate after a couple of rounds. Sharp cheddar would do it, though as the glass goes on, you’ll want something more substantial than that nibble.

In tasting notes, the usual suspects in the barleywine gang are here: chocolate, toffee, cherry, date, and fig, so don’t expect too many surprises. Again, the most impressive aspect is how the malt doesn’t throw any haymakers. This is an old-school, bare-knuckle brawl that demands longevity over fortitude.