Skip to content
Homepage / Food and Recipes / How The Mini Bottle Cocktail Trend Really Got Its Start
Post Views: 8 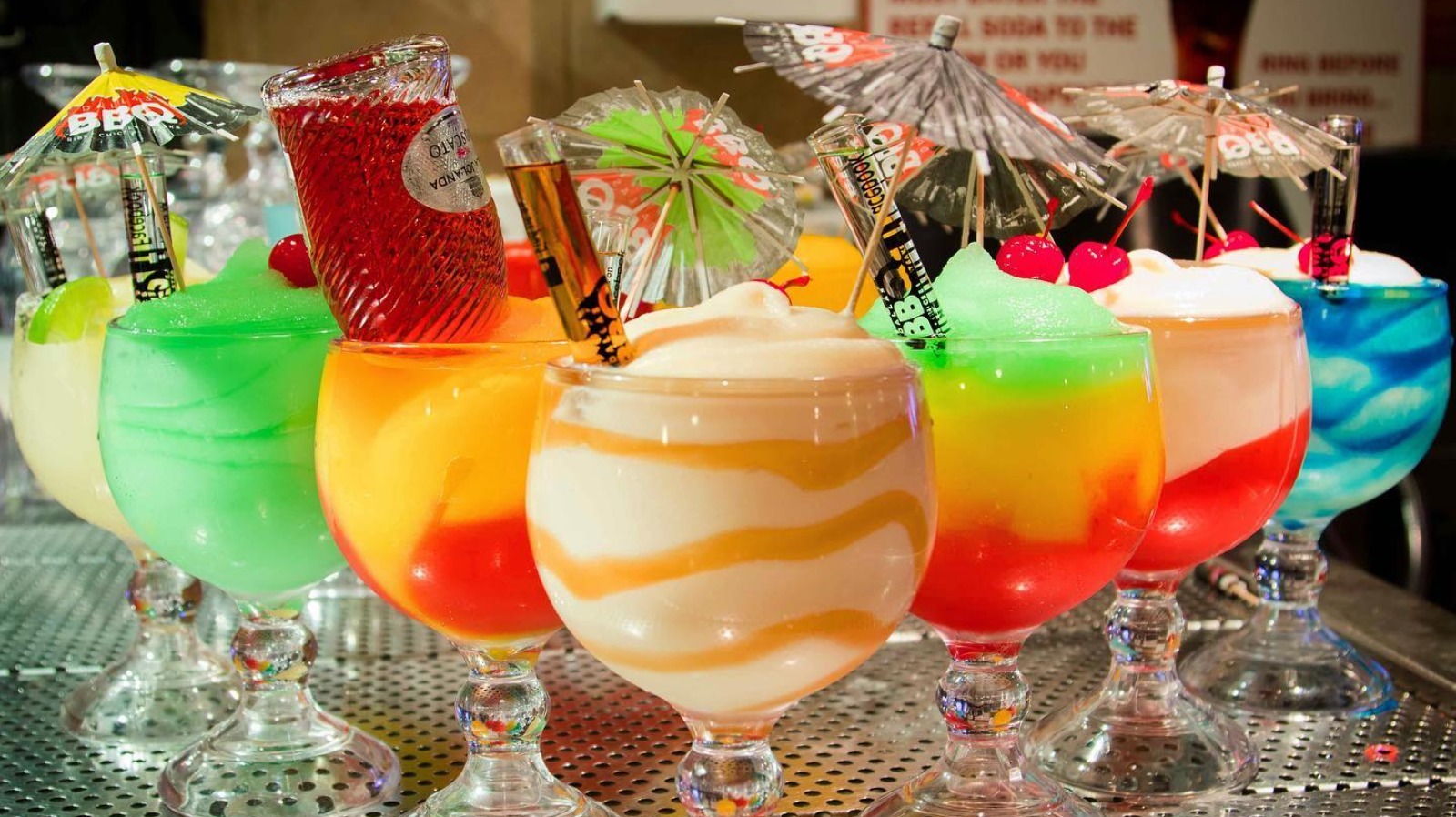 Maybe mini bottles are a mix of generosity with goofiness. Eben Freeman, a former bartender of the now-closed Genuine Liquorette, brought the mini-bottle cocktail to momentary fame when he literally “punched” fun at the snooty perception of cocktails by inventing what he called the Cha-Chunker, writes TimeOut. The Cha-Chunker is a machine with a pointed tip that can punch wide holes into the mouths of soda cans. Genuine Liquorette served cocktails like the mojito as just a can of sprite with a mini bottle of Cruzan white rum turned upside down inside the can, explains New York Magazine. The quirky cocktail style allowed people the element of irreverence. It’s only booze, after all. Customers could also order traditional cocktails like gin and tonic the same way.

The trend caught on. A few years later, The Polynesian turned a mini bottle of frozen Bacardi upside down in their version of a rum and coke — Gone Rumming, per Punch. If it’s not generosity or goofiness, then it’s control. It’s a passing of the baton across the bar. The bartender assembles the ingredients, and the imbiber makes the drink. It’s fun, it’s silly, and it feels good to have a little say in the amount of booze you dump in your bubbles. With cocktails costing upwards of $20, that little bottle feels like saying, “We feel your pain; here’s a little extra.”