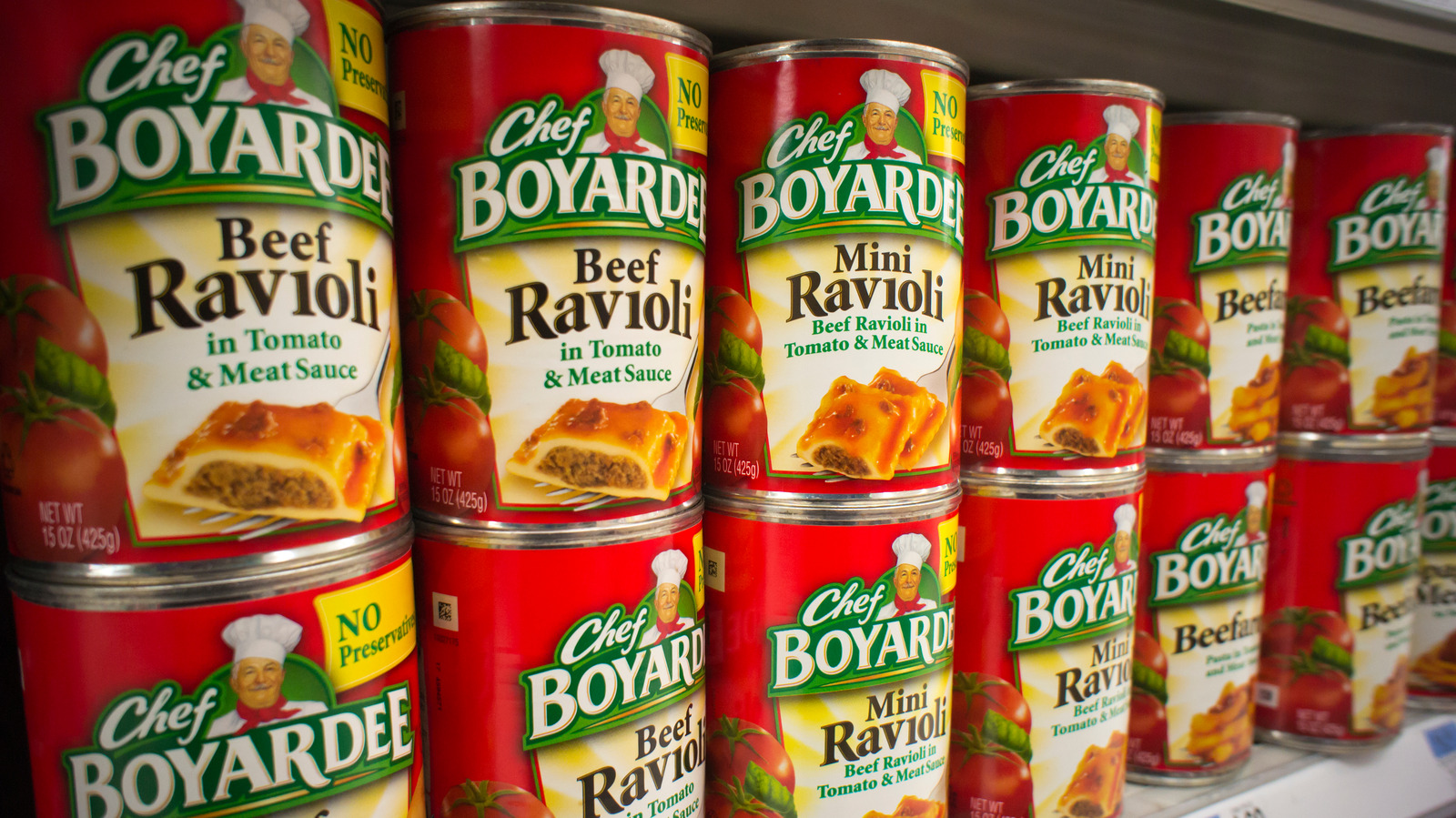 By 1942, Chef Boyardee was a highly successful producer of canned Italian pastas and sauces, NPR reports. The company was the country’s largest importer of Italian Parmesan at the time, also importing lots of olive oil, and grew its own mushrooms in the Milton plant. When American soldiers started heading to Europe to fight in World War II in late 1941 and early 1942 (via Library of Congress), Hector Boiardi and brothers Paul and Mario decided to keep the factory open 24/7 in order to produce meals to be shipped abroad.

It’s unclear how much food Chef Boyardee sent overseas by the war’s end in 1945, but considering that the plant was capable of producing about 25,000 cans a day at its height (via NPR), the numbers would have been sizable. So many new employees were brought on during the war effort that, in 1946, the Boiardis sold their business to much larger brand American Home Foods — the only way to keep all the factory’s workers employed — and made a cool $6 million in the process, according to Foodimentary.

These days, passionate home chefs might not crave heat-and-eat cans of pasta. But those interested in the Chef Boyardee legacy and the family’s recipes can pick up a copy of “Delicious Memories,” written by Anna Boiardi, Hector’s niece.