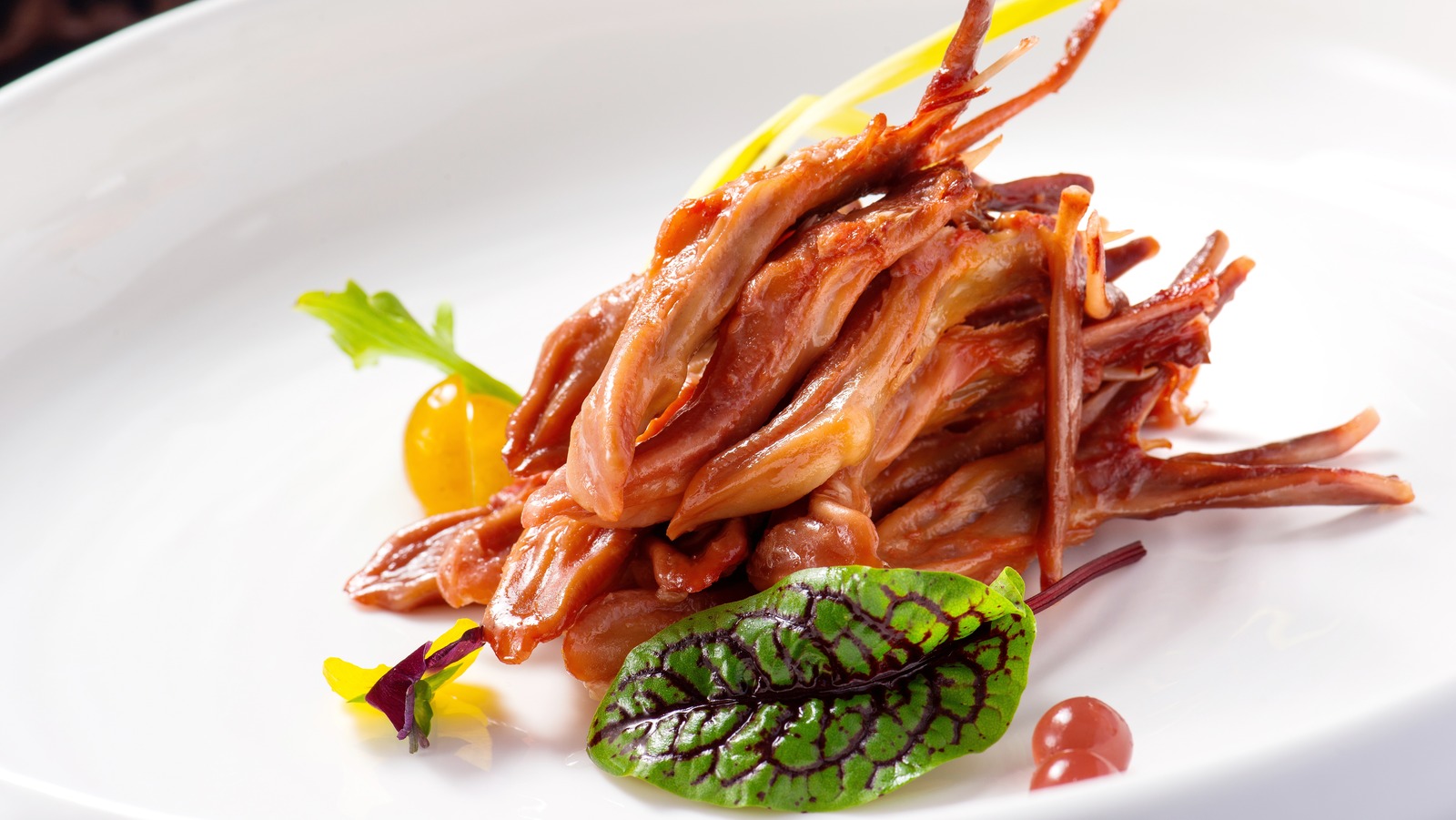 Why would anyone eat a plate of duck tongues? Because they’re packed with strong flavors, juicy, fatty areas, and pleasant contrasting textures when fried, according to Serious Eats. And in Chinese culture, it’s common practice to make use of all animal parts.

Another reason to love duck tongues is because of their simple prep process. As Ktchn Rebel explains, duck tongue pairs well with all kinds of seasonings and spices, and can be deep-fried or braised as a snack, appetizer, or main dish. One popular method of enjoying this delicacy is with black bean sauce, which is called “top-pick duck tongue,” per Chinese Food. This method involves cooking lots of duck tongues with Shaoxing wine, rock sugar, and ginger, which yields salty flavors and tender pieces of meat (black beans don’t seem to be used in the source’s recipe, though).

If you identify as an adventurous eater, give duck tongues a try in the future, either by ordering some at a restaurant or making a batch yourself. Ktchn Rebel states that you can find some frozen packages in Asian grocery stores or online. It’s also important to note that prior to consuming these, you should get rid of the crunchy bone, per Honest-Food.