Capcom today announced that the Mac version of survival horror game Resident Evil Village is set to launch on Friday, October 28. The game will be available on Macs that are equipped with Apple silicon chips. 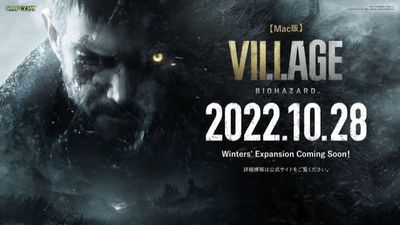 The game is set in a snowy Eastern European village, and there is a deeper focus on action and combat than the prior title, Resident Evil 7: Biohazard. Village is set approximately three years after Biohazard.

Capcom says Resident Evil Village is built on the first Mac version of the RE Engine Capcom game engine, and it is compatible with M1 and M2 Macs that are running macOS Monterey or macOS Ventura.

Resident Evil Village will be available from the Mac App Store when it launches on October 28.